We Sleep They Live 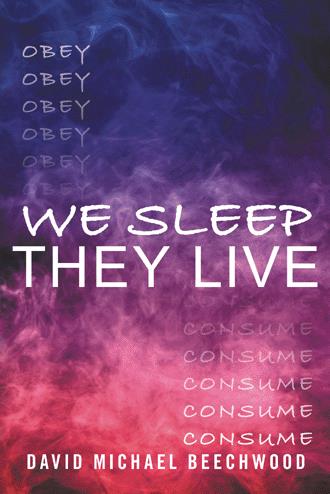 Many of us, who have looked up at the night sky far from the city lights, know the real meaning of star struck. To actually see the Milky Way for the first time is a life experience. The awe of the star-filled sky is very powerful. For me, it gave a sense of being very small and not as important as I might have once thought. It is a humbling experience.
The mind reaches out to acknowledge as many of those glittering stars as it possibly can, but falls far short of the task at hand. Some people come away from this experience with a strong belief. Without knowing for sure, they believe that there are other worlds with life on them. They argue that the great abundance of stars is by itself a reason to believe that life exists out there.
They constructed a demonstration, a mathematical formula, which they say proves the odds are favorable. The desire to follow this idea is compelling. Some say that it is a theory, but they run after it with all the strength of a religious zealot. As long as this belief has some merit, it will have a following. Without proof, we just have to tolerate such people.
Sorry to turn the tables slightly on Science here, but I was just trying to make a point. We need to allow others to express their beliefs. This is because without responsible tolerance we might discourage others from studying these ideas or other essential concepts. That discouragement might prevent us from ever getting to the truth.
I am not here to say I disagree with those who believe in life on other worlds; in fact, I think they're correct. Life does exist on other planets. However, when said like that it sounds too forceful. Just a few decades ago one might have lost his credentials for making such a statement. Much of the scientific community would have considered isolating itself from any person saying such a thing.
Fortunately today, at least on this topic, reasonable and responsible tolerance is the key to investigating the possibilities here. However, any enthusiastic group, which champions their ideas by force as the only truth, needs to be controlled. Why, because they can stifle freedom and knowledge. Religion has its zealots just as science does.
One could very quickly make an argument that religion is not all that great. Since religious zealots have dragged the concept of God into the mud; so to speak. Science has also been damaged by its zealots who have experimented on innocent victims throughout history. The evils, that man has done within the ranks of both Science and Religion is often unspeakable.
Both Science and Religion are infected with our main characters. If we look closely, they do these things for their own self-interest, and not for the betterment of mankind. Science and Religion can argue together that these zealots do not represent them, yet there "they" are tainting the disciplines. Both science and religion are better off without these zealots.
Science should consider that they may be allowing their fanatics to stifle the study of specific ideas. These would be ideas surrounding the investigations into God. Of course, religions also need to study and tolerate noble scientific endeavors and not allow their extremists to prevent this.
Lately, science has been doing a better job at tolerating spiritual ideas. The study of Science and God, I believe, can coexist without damage to the ultimate goal, truth. This is because God could be viewed by science as a theory or even a way of life, based on an idea.
Like the mathematical formula, mentioned above, the words of the Bible are much like the stars in the sky. They also, for the student, can awe and inspire a person. Who is God? God himself, when asked that question said; "I am that I am."
Is it an accident or does his answer point at those who might believe that the Universe was created randomly over time by chance? You have to admit his response suggests that he would be capable of such a feat if he chose to do that. His name, said that way, indicates a position of absolute power. Since he created time, he has no limits. For us, the idea of randomness really might just stem from our limited analytical thinking skills. I say this because we still have a lot to learn.
When God told Moses who he was, saying "I am that I am," it should be noted that God had already established the Israelites long before. However, most humans were still worshipping false gods in the form of idols. The lure of Satan's flesh world, even today, is still overpowering.
God had to take a back seat in our lives and allow us to drive, or his testing of us would not be complete. When, at times, he found that we were on paths to complete failure he stepped in to straighten our course. God intervened to nudge us toward pathways which would give us a better chance to succeed. It was clear that we were not capable of complete control over our flesh bodies; that is why he promised a savior that would be able to help us.
He had already provided us with the essence of his spirit. This is something we inherited because we are his children. That innate spirit of ours, it seems, was not enough for us to overcome the draw of this physical world. Our flesh minds are too forgetful, so he then provided his written word.

Today, we are feeling the loss of our privacy like no other generation has. We are also being led down a path that fuels the evil intents of those who collect our secrets. Rather than being warmed by the suggested security blanket, most of us have felt a little uncovered at times.
Our lives are often shamefully exposed by people with self-serving epic desires to know everything about each of us. Those involved in this prying employ little known or hidden processes. These methods have been used against us by both criminals and the government. Unendingly, we are asked to conform to intrusive measures or laws that severely alter our lives.
Who is it that is restructuring our lives in all too often negative ways? While considering what has been happening here, an interesting comparison struck me. It came from an old movie called They Live. Others who have watched this movie likely had similar thoughts of comparing it to the reality we all face today. I have taken those lighthearted comparisons and have carried them further in this book. The effort here is to bring to light what most of us already know but do not want to take seriously.
We live in a world that really does have evil people lurking behind the scenes. They take advantage of us with impunity. Why? – Because very few people are looking deep enough to uncover the webs of deceit that exist. This book uses the backdrop of the movie to paint a real-world comparison of those treacheries that befall most of us. The schemes used by those behind-the-curtain villains to perpetuate their corruptions on the world are addressed herein. This book might seem like a work of fiction, but sorry to say, it’s a nonfiction title.

While in the Military at Fort Knox, the author attended college at the University of Kentucky. Later, after serving in Vietnam, he was honorably discharged and returned home to Michigan. There he finished his university studies and received a Bachelor of Arts degree from the Detroit Institute of Technology in 1973.
These events helped him to secure a position as an engineer for a major telephone company. There his work often brought him to meet with business and governmental leaders. His attention to details throughout life generated this book about who is controlling your life without your knowledge.
His writings reflect the influence of many non-mainstream figures who also took a closer look and where dismayed. Their corrective suggestions were primarily stifled by the main characters in this book. The author’s first book, titled The Price System also follows the theme of this work.
The desire to help his country and also the world led him to write these books. The information contained within them is his contribution to that effort. The alternative worldviews presented in them, offer that potential.