Izzy and the Three Kings 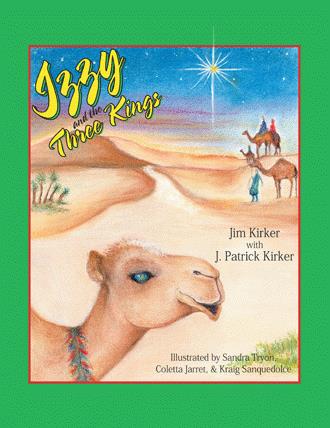 Peter, a newspaper writer, is about to get fired because he is unable to write a Christmas story. One snowy windswept night, while walking home from work, he seeks refuge in the town’s Christmas stable. One of the camel statues, Izzy, comes to life, and a Christmas story is born.

Izzy takes us on a fast-paced adventure filled with suspense, courage, and faith. Izzy’s story is a tale told in two worlds—one real, the other magical. In the real world, Peter and his children, Michael and Jenna, confront real-life challenges of disappointments and lost hope.

In the magical world, Izzy and his friends Jonathan and Mariah meet the three kings and join with them in a suspenseful and mystical journey on the days and nights before the first Christmas. Izzy bridges and bonds both worlds together in a heartwarming adventure filled with inspiration. A seamless blending of Judeo-Christian historical events mixed with spiritual values, Izzy provides parents and educators a meaningful and entertaining way to instill values and self-esteem in today’s children.

His unique two-world story telling is refreshing... filled with a rare combination of suspense, magic and inspiration... designed to capture the imaginations of young and old alike. Miracles happen when the God of All and the human family are held together in a strong bond of love,trust and hope.