From Sin to Sacrifice 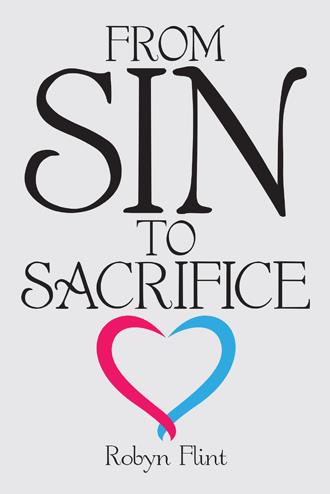 The pains came harder and closer together. I was having back labor. The pain was knee buckling and crippling and not for the faint of heart! A nurse came in and I asked for some pain medicine. She gave me a shot of Demerol in my I.V. and took a seat at the foot of my bed. I guess her job was to be the one in the room with me since my family couldn’t be.
The Demerol took effect almost immediately. To say it took away my pain is not accurate, but what it did do was took the edge off between contractions. After each contraction I would doze off until the next one hit. I was very “out of it” and unaware of my surroundings. But I was alert enough to scream out every two minutes with each pain. I tossed and turned and rolled trying to get comfortable enough to bear the labor. My eyes opened during the pains and I rolled around as I yelled out for someone to help me. It was such a surreal scene; almost like what one would see in a horror movie. I felt like I was looking through a fun-house mirror. My surroundings were distorted, the room was spinning, and as my vision would pass the end of my bed to the chair, I would see the nurse that was stationed at the foot of my bed, staring at me but not helping me. I stayed like that for the next twelve hours till after midnight.
Throughout my labor, my family and Joe’s family were all waiting in the family waiting room. Joe finally arrived sometime during the late afternoon hours and was so nervous that he was eating Tums out of the bottom of my grandmother's purse to calm his stomach. Turns out he had been taking a nap at home and didn’t hear the phone ringing off the hook as my parents and his were frantically trying to find him. His father went home and found him on the couch in the living room and woke him up to tell him to get to the hospital.
Occasionally my mother would leave the waiting room and would walk to my door and listen in. I was told after the fact that on one occasion she returned to the waiting room crying. Everyone looked at her expecting to hear that something had gone terribly wrong. She told them that she was upset because I was yelling out in so much pain and she couldn’t be there for me.
Shortly after midnight on August 31, 1988 it was time to push. I was 10 centimeters dilated. The problem was that I was exhausted from the labor and in so much pain and I wasn’t making any progress. The doctors decided it was time to intervene. I was wheeled into a delivery room on a stretcher and placed on a hard-sterile surface with stirrups at the end (because certainly the gurney I was on did NOT have those installed). The doctor lifted my legs and placed them in the stirrups, and my arms were strapped down with Velcro straps by the nurses at my sides. I tried to count the number of masked people that were in the room with me and I remember seven. At this point I have no idea what is happening. I would later be told that my baby boy was positioned ‘sunny side up’ which meant he was facing the ceiling instead of the floor, putting the largest part of his head in position to deliver first. The doctor had to intervene and deliver him with forceps.
I was still half out of it from the Demerol, and I couldn’t quit thrashing from the almost continuous contractions. I was so thirsty and dehydrated that I could hardly speak because I didn’t have anyone there to feed me ice chips and I wasn’t allowed food or water during labor. My lips were cracked and painful from being dehydrated so a nurse took a Q-tip and with it she rubbed Vaseline across my lips, leaving a huge glob of it in the corner of my mouth. Of course, I couldn’t remove the glob because my arms were strapped to my sides. This became very annoying to me and a brief yet annoying distraction from the tearing pain I was feeling.
It was at that moment that everything went still. My mind went blank, my body went numb. Or at least that is what I remember. The doctor had administered the “twilight drug” that I had asked for and I was drifting off to sleep. I only have one memory of the actual birth of my son, and that was the faint sound of hearing a baby cry at 1:12 a.m on August 31, 1988.

Author Robyn Flint recounts her life-altering journey through love, teenage pregnancy, and having to make the choice that would impact the rest of her life. Relationships torn and some were lost, yet some she didn’t know she needed were forming.

From Sin to Sacrifice is proof that through the storm, there is always light and a love more precious than life itself waiting to guide the way.

Robyn is the mother of 3 outstanding young men, a “MiMi” to two beautiful grandchildren, and a mom to a 9 year old black Lab named Jade. She lives in SW Virginia with her husband and love of her life of 27 years. Robyn has a MS in Clinical Mental Health Counseling, is a licensed Real Estate Agent in Virginia, a Pampered Chef Consultant, and a wanna-be homesteader. In her free time, Robyn enjoys watching movies, reading, doing crafts, and thrift shopping with her best friend of 24 years.

Robyn’s story started when, at the age of 17, she experienced an unplanned pregnancy and was forced to choose. She chose to give birth and place her son in a closed adoption. Then, 19 years later, while a Freshman at Virginia Tech, Robyn’s oldest son witnessed the horrific act of violence that took the lives of his classmates one fateful day in April. It was at that time that his adoptive mother told him to find his birth parents because life is not a guarantee and another day isn’t promised.

On October 7, 2007 Robyn stared into the face of her oldest son for the very first time since he was born. Since that time, Robyn and her family have established a close family relationship with her oldest son and his adoptive family. They have had to navigate through some difficulties that occur when meshing two families into one. It has been a learning experience, one filled with love, hope, and countless blessings.