What We Can Learn from the Six Recorded Prayers of Jesus 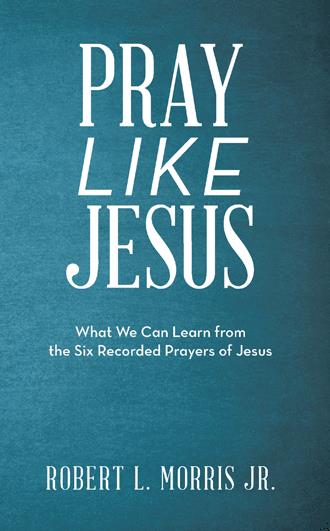 In this text we find that Jesus' popularity is at an all-time high, even Greeks (non-Jewish people) were even seeking after Jesus. I am sure the disciples thought that with all this popularity that this was the moment that Jesus would establish his kingdom on earth. This would be the time that Jesus would rally an army and run the Romans out of Jerusalem and all of Israel. Surely, this was the moment that God's reign would be restored in Israel.
But Jesus doesn't do any of those things. While the crowds are clamoring for Jesus to lead them and be their new King Jesus tells the disciples that he is going to die. Hardly, a way to launch a new kingdom.
And Jesus is tempted here by Satan just as he was tempted in the desert early in his ministry. In this text, there is another form of temptation for Jesus, the temptation that comes with popularity and fame. The temptation to abandon what God had sent him to do and give in to the popularity and to give in to what the people wanted from him.
This temptation to comes to all in public life. Do you remember who succumbed to that temptation within a few days of Jesus' crucifixion? It was Pontius Pilate. Jesus had been brought before Pilate for questioning. Pilate told the large crowd that had gathered that he could find no charge against Jesus. In fact, Mark 15:15 says:
"So Pilate, wishing to satisfy the crowd, released Barabbas for them and after flogging Jesus he handed him over to be crucified."
Did you catch that? The reason Pilate had Jesus crucified wasn’t that Jesus had blasphemed against God or broken a Roman law. No, the reason Pilate had him crucified was to ‘satisfy the crowd.’ How many of us have caved in to do something we didn't like doing but we felt pressured, or we felt like we had no choice, or we didn't want to disappoint someone or some group.
I once had a meeting with a successful businessman, I will call him Bob. He was retired when we talked, but something had happened decades before when was the Vice President of an international company, something that still bothered him.
He was asked by the president of his company to go to Miami and entertain one of the company's biggest clients. He took this man out for a fancy dinner, and he paid for the dinner with a company credit card. After dinner, the client looked at Bob and said, "Bob, give me your company credit card,” Bob asked, “Why do you want my company’s credit card?” He said, “I am going to the dog track and will be partying for a while. I will see you in the morning."
Bob told me he felt trapped. How could he say ‘no’ to one of the company's biggest client? He knew it wasn’t right, but what could he do. Bob knew what partying meant, strip clubs and who knows what else. He was there to make a deal. He gave him the company credit card.
As soon as Bob got back to his hotel, he called the president of the company (Bob’s direct boss) and told him what happened, and the President said: "it was the cost of doing business, let it go."
It turned out this customer spent a couple of thousand dollars at the dog track then went to some strip clubs. The total bill was somewhere between $2,000-3,000, which was a huge amount of money back in the 1960s.
Bob told me he never got in trouble for this, but he always felt bad about it. He knew it was wrong, and he hated being used that way, but the pressure to close the deal and be liked by the customer was enormous and even encouraged by his boss. He told me that if his faith had been stronger, then he might have done something differently at that moment. After more than 25 years this incident still bothered Bob, and how do I know? Bob was my dad.
How many of us look back over our lives, and find that we did something under pressure that we now regret? Peer pressure isn't something that just happens to kids; it can happen to anyone that seeks the approval of someone or some group.
And when Jesus was put under that kind of pressure, one key thing that sustained him was his prayer life. And this brings us to Jesus' 4-word prayer - "Father, glorify thy name."
In Jesus' time of crisis, verse 27 says that Jesus was troubled to his very soul. Clearly, Jesus knew he had a Cross in his future, and he wasn't excited about going through that agony!
Who could be? So he prayed, but notice what he doesn’t pray for:
• he doesn't pray for strength,
• he doesn't pray for faith,
• he doesn’t pray for his enemies to be vanquished
• he doesn’t pray to be happy or even safe, a matter-of-fact he didn't pray for himself at all.
In his time of crisis, Jesus prayed for his Heavenly Father to be glorified. Jesus wanted everything in his life and even his words to Glorify God. And that's a great example for you and me. And my friends, that's a different way of living life.

What do all Christians talk about and do very little of? Pray! Yes, prayer is the most talked-about subject in Christendom, but very few people regularly do it. For most, it is because no one has ever taught them. Only six of Jesus’s prayers are recorded in scripture. Is that an accident? Or could these six prayers teach us how to grow our prayer life deeper and wider than ever before?
Pray like Jesus is intended to be a simple spiritual how-to manual for those who do not have a vital prayer life but seek one. It is not intended to be an academic book as much as it is an epistle from a fellow believer who may have learned a few things in forty-one years of ministry. Author Robert L. Morris Jr. invites you to join him and look at six prayers of Jesus, but you will intentionally not examine the Lord’s Prayer in depth. The reason is simple: the Lord’s Prayer contains valuable information on how disciples should pray, but this book is about how Jesus personally prayed.
Pray like Jesus is not the destination but a directional sign. Jesus—and no other—is the destination. If you have longed for a prayer life that was more than treating God like a benevolent genie who granted wishes to those he favored, then read on to see how prayer is so much more than that.

Robert L. Morris Jr. spent more than fourteen years on Young Life staff and twenty-eight years pastoring Presbyterian churches; today he has found a path that has helped him and many others grow a prayer life that is both deep and sturdy. Robert earned a Master of Divinity degree from Princeton Theological Seminary and a Doctor of Ministry degree from Gordon-Conwell Theological Seminary. He has been married to his wife, Virginia, for forty-four years and they have two grown sons, Lee and Dan.