Trusting the Lord with All Your Heart 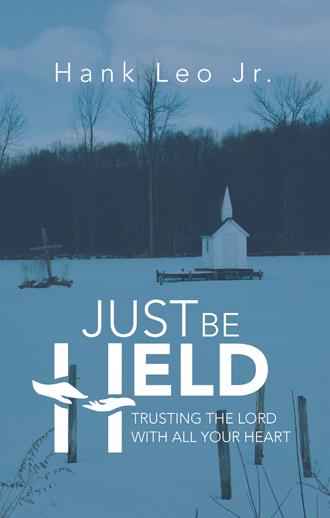 become one of those awakenings—the kind that transforms us into

someone or something else. I lay on a starched white hospital bed as

the nurse poked me with several needles. The forty-something with

short, teased brown hair and a militant tone ordered, “We need an

IV here and here, Mr. Leo,” as she pointed to the inside elbows of

both arms. “We’re also going to put a catheter in your wrist here.”

She pressed an index finger on my blue-gray vein. “And during

the procedure, we’ll insert two more catheters in your groin, both

sides.” Then she sternly left the room, taking a left turn down the

began to soak with sweat. My wife sat next to me on my right and

held my hand while my friend, who is a pastor, sat on my left, his

hand on the Bible that would comfort me on my journey.

Pauline and I had married just four years earlier. She and I had

found each other after lives of searching. I had known of Pauline

as a member of my YMCA, and we had become friends. She had

gone through a series of health issues, but she was a strong woman,

relied heavily on her faith, and constantly found the good in all of

the bad. Her positivity was even annoying at times. In her world,

every difficult challenge has a good outcome. I envy her and her

end for the Buffalo Bills. He is incredibly smart and adroit in his

knowledge of scripture. He often tells personal stories of his past

and relates them to his walk with God, which inspires those around

him. I sit in church on Sundays and marvel at how well he relates

to his congregation with humility and self-deprecation. Pauline and

it might be the last time I would see them again. I had never had a

catheter before and was not exactly sure what one was; the word

alone made me cringe.

Just Be Held is a captivating account of author Hank Leo’s battle with atrial fibrillation, or a-fib as it is commonly known, a serious heart condition. Through a series of challenging trials, this endearing story details how, through one song and faith in God, Hank was able to come to grips with trusting God through daily setbacks. Just Be Held is a moving, powerful, personal account that uses scripture as a compass as Hank comes to understand that God is truly in charge.

Hank Leo Jr. is the author of five nationally published books. His works include; Home When the Streetlights Come On, the winner of the Great Southeast Book Festival Award, in 2016, in the compilations/anthologies category, and God Called and In Your Hands , which both received honorable mention awards in the New York Book Festivals. Having served the YMCA of the Greater Tri-Valley in Central New York since 2000 as CEO, Leo has received numerous community awards, and offers his skills to several boards of directors, locally and nationally. Leo has graduate certificates in biblical studies and management science from Liberty University and Tulane University, respectively. He lives in Verona, New York, with his wife Pauline and his rescue dog Dante; he has two adult children, and two grandchildren.