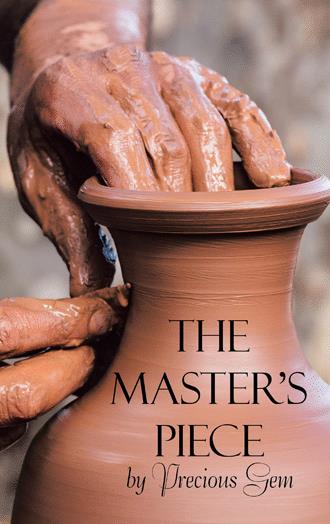 This passage was written in the days of Jeremiah the prophet. It was written to the nation of Judah who had gained for themselves a reputation of forgetting God. Judah who once knew God and walked with God had now found themselves in a position where they had left their first love in exchange for foreign gods and idolatrous practices. All throughout the scope of this prophecy, across a span of forty years Judah experienced nothing but chaos throughout the land, corruption in government, declining morality, evil infecting the people and more. How did the nation get to such a devastated place? What happened along the way? When did the shifting away from God and everything pertaining to godliness began?

You may have already guessed it……The Garden of Eden. This is essentially where everything and everyone began. In the Garden, were the hands that formed the soil that created a man whose rib was used to form a woman whose body was given the assignment to birth a child. Whose hands you ask? The hands of The Potter, The Master, The Creator, God Himself. It is He who has made us and not we ourselves (Psalm 100:3) without Him nothing was made that was made (John 1:3) However, to really grasp this truth, we must go to the beginning to get an account of how it all began.

“In the beginning God created the heaven and the earth. And the earth was without form and void.” (Genesis 1:1-2) In other words the earth was as a lump of clay without a shape and assigned purpose. The opening verses of the Bible give us an astounding affirmation of God’s existence and His creative ability. There was no room left for imagination here, the stage was set and God was on the move displaying His opening performance. On days 1-3 He gave form to the earth and on days 4-6 He filled it. This proved God to be the Potter of all potters, He is the original designer for everything that is good and perfect. He holds the pattern for everything. He is the architect of the Universe. God is the maker of heaven and earth. He is the manufacturer of life. Every plant, animal, human being and aspect of nature derived from God.

A potter is the creator that makes an object out of a lump of clay. The potter does this by molding the clay with his hands and mind to create a form in space. In the process, from raw clay to a finished product, the shaped form is decorated and made ready to display the masterpiece. This is precisely what God did with the earth. After He assessed the condition of the lumped clay of earth, He decided that it was just what He needed to create His masterpiece of human beings. As clay in the potter’s hands, God subjected the earth to 6 days of dividing, gathering, planting and filling before He reached His final product. The bible records that it wasn’t until after God created Adam and Eve on the sixth day that He rested on the seventh day. God couldn’t rest until His work of art was completed.

How did God create mankind? What process did he employ? Well much like a potter, He formed then He filled. The Bible records in Genesis chapter 2, that God formed man from the dust of the ground and breathed into his nostrils the breath of life, and man became a living being." (Genesis 2:7). The Hebrew word for man is pronounced aw-dawm, from which Adam is derived. It's also related to aw-dawm-ah, which means red earth, or red clay - indicating the natural earth elements that composed Adam's body, and the body of every human being since.

"So The Lord God caused the man to fall into a deep sleep; and while he was sleeping, He took one of the man's ribs and closed up the place with flesh. then The Lord God made a woman from the rib He had taken out of the man, and He brought her to the man. The man said, this is now bone of my bones and flesh of my flesh; she shall be called woman, for she was taken out of man. For this reason, a man will leave his father and mother and be united to his wife, and they will become one flesh." (Genesis 2:21-24) In other words, God took a piece of clay from Adam stretched it and formed Eve to ensure that they were “one.” Eve's original name, when translated, meant simply "woman," (a "female man") just as Adam was known simply as "man" (a "male man"). Later, Adam prophetically named his wife Eve, because she would become the mother of all the living. (Genesis 3:20). Eve is derived from the Hebrew word which means life-giving.

Although God took less than one day to create Adam and Eve, on average the time it takes to create pottery is said to be 3.5 weeks minimum. God in His omnipotence and omniscience is the exception to every rule. He of course being the Master defied time and created Adam and Eve at a record breaking high of one day! There is absolutely nothing to too hard for God. He stands outside of time and brings forth possibility where there is none by adding His “super” to our natural. We truly serve an awesome God, my goal is to inspire you through the pages of this book to enlarge your view of God. I believe that as you see God for who He is (i.e. The Master of everything) then you will in turn see yourself for you were created to be (i.e. The Master’s piece).

God is the Potter of all potters and the original designer for everything that is good and perfect. He holds the pattern for everything. He is the architect of the universe, the maker of heaven and Earth, and the manufacturer of life. Every plant, animal, human being, and aspect of nature is derived from God.

The Master’s Piece explores God’s artistic and creative nature through biblical study and personal testimony. Author Precious Gem shares her experiences and examines a variety of scriptures with the goal of inspiring believers to enlarge their view of God. So many people suffer from low self-esteem, but God in fact places great value on all of us. She hopes that as we see God for who He is—the Master of everything—we will in turn see ourselves for who we are meant to be: the Master’s piece.

Uplifting and encouraging, this testimony and Bible study seeks to help believers discover their importance and identity in Christ.

Precious Gem was born in Brooklyn, New York, and has encountered many hardships in her life. Despite her trials, she retained her love and passion for God and bears the burden of spreading the love of Jesus Christ through teaching and writing. She currently lives with her husband and son in Massachusetts.