A Journey of One

Hospice: Healing and Teaching by Storytelling 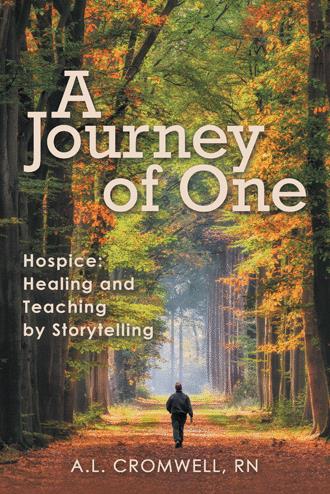 WHAT IS HENRY EXPERIENCING?

As Henry’s time seemed to be drawing nearer, his family sought out the hospice staff to ask what their father might be experiencing. What was it like for him? They noticed that when he was awake, his mind seemed generally clear, though very little of his natural energy was present. And he seemed to be withdrawing more and more each day. He mumbled and talked often in his sleep, and there were suspicions that he might be seeing people that were not present. Was he just dreaming, or was he really seeing others? Was he afraid of dying, as they were afraid of losing him? And what would he experience as he died?

Friends and family tried to interpret these unanswerable questions, but the hospice chaplain provided the most reassuring. During his assessment visit, the chaplain asked Henry if he had a faith.

“Not a ‘religion’, Henry,” the chaplain clarified, “but a belief that there is a God that has a place for you to go after you pass from this world.” The response from Henry, and repeated often now by his family, was that he was tired and he just wanted to be with his wife. He seemed to have an understanding that she was waiting for him. He would explain, when he had the energy, that he didn’t know what that part looked like exactly, just that he felt their mother was nearby. And he assured them many times over that he was not afraid; that he knew somehow, that everything was going to be alright. Some still worried, of course, unsure if this was his mind going, or perhaps it was the medications talking. But hopefully, prayerfully, the sense of peace they noticed on him was real.

A further interpretation came a few evenings later, as the on-call nurse sat with them, waiting to see if the new dose of anxiety medication would ease Henry’s now prevalent shortness of breath. Over a cup of coffee, she shared her own understanding, bringing in her knowledge of the physical phenomena that accompanied death. She prefaced her conversation with this statement:

“As a nurse, I have a scientific perspective,” she explained, “and I research everything before I make a conclusion. But I’m also a person of faith, so I’m looking at ways that the two unite. We do not have proof of what happens to us after we die, but we know a little better now what happens to some of us as we die.”

Lynette and Daniel were the only ones present for this discourse, the hour being late and the others having left. But these were the main seekers of answers, both trying to find something deeper in this dark ordeal. Or maybe just wrestling for an unfound peace of their own.

THE PHYSICAL PHENOMENON OF DYING

The nurse shared with them several stories of near-death experiences, explaining that these experiences were the closest that we could come to understanding what happens to us as we die. Daniel cut in with a dismissal that these crazy stories were too outlandish to be taken seriously, and the nurse nodded in agreement that we should always question and search further.

“But with 2000 experiences now compiled by the internet,” she pressed, “there are some consistencies that appear to be plausible, simply because of their statistical value.”

“My scientific side questions the bizarre nature of it, too,” she went on. “But my faith side tells me that sometimes things are true.”

She raised an eyebrow to Daniel, tagging him to see if he wished her to go on. Daniel tipped his head as signal to continue, inwardly hoping that she wouldn’t go too spiritual on them. He had to acknowledge, though, that he was hoping for news that could make him feel better about this death watch. He needed to bring some light into these lonely days of watching his father slowly die. So he waited as the nurse took a sip of her coffee and spoke on.

“In the majority of the accounts, the person that passes is fully conscious and remains alert during the dying event, not experiencing “death” at all—more like a leaving, or a “lifting out.” They generally describe an essence of goodness; of well-being. Things are crisper, clearer, fully understood. And when they find themselves returned abruptly to their body, the consistent response is one of intense regret at being forced back. Even those that had full and gratifying lives say they wanted to remain in that new nature, rather than being returned to their body.”

She then explained the physical hormones and chemicals that are released when organ systems begin their shut down.

“We call them toxins,” she defined for them, “which sounds distressing, but they are actually natural chemicals that act as painkillers and hallucinogens. These are serotonins, endorphins, natural melatonin and several others. One in particular, dimethyltryptamine, is getting a great deal of new attention because of its psychedelic effects on the brain. Whether you believe that God gives you peace directly, or that God designed the chemicals in your body that release and give you the peace, or that there is no God and the chemicals are just there, it all comes to the same conclusion—the body knows how to die, and it does it well. And apparently we make the journey on a cloud nine!” Her lips turned up in a bit of a smile, but she governed it, not wanting to be disrespectful of the gravity of the current situation. The family members in front of her were experiencing the dying of a loved one, and discussing the physiology of death could draw a fine line. Sometimes it comforted, but just as often it distressed. She assessed the nonverbal cues that she saw in the two listeners and decided to continue, even though the next was by far the riskier story to share.

We can never truly prepare for death. But knowing how it has looked for others and what they have experienced can provide comfort and reassurance if you are caring for an ill loved one.

Leigh Cromwell, MS, BSN, RN draws upon her experiences and accounts from hospice providers and caregivers to reveal what to expect while walking with someone on their final journey. With this resource, the author shares:

what to expect when taking care of a loved one;

how to navigate through difficult adjustment periods;

what your loved one may be experiencing.

Throughout the book, you’ll read about people who have been diagnosed with debilitating illnesses and those who care for them. While reading, it will become clear that the journey of hospice starts much earlier than just the last days of life. Some of the stories will surprise you – others will heal and inspire you.

Whether your loved one suffers from Alzheimer’s dementia, heart disease, lung disorders, cancer, or some other end-stage illness, and regardless of whether hospice is here or on the horizon, this book is a necessity for anyone caring for an ill loved one in the home.

Leigh Cromwell, MS, BSN, RN lives near Memphis, Tennessee, and has been a nurse for thirty-five years. Her great loves are her husband, Kyle, her two children, and her medical mission work