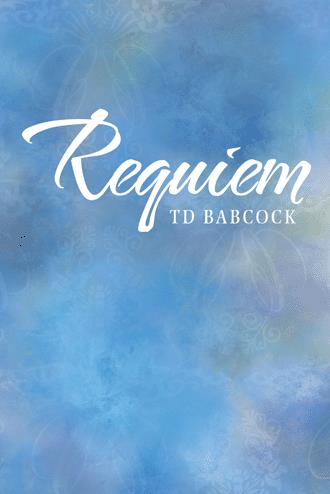 Audrey turned away from the mirror and grabbed a fleece from her closet to throw on over the tank top she wore to bed. The plaid flannel pajama pants that Doug hated kept the chill away from her legs as she left the bedroom and headed down the hall to the kitchen. All was quiet. The kitchen was spotless, with the exception of a lone coffee cup resting in the sink. Audrey went to the coffee brewer and made her own, adding a teaspoon of sugar substitute and a splash of the whipping cream that Doug also favored from the refrigerator. After a brief stir, she raised the cup to her lips and sighed. How she loved that first sip.

She stood at the sink, looking out over the backyard, which had been expertly touched up just the week before. With the coming of spring, the velvety lawn sparkled with dew, and the flowering cherry trees were in full bloom. Pots of tulips were splashes of color, their reds and yellows and purples creating a kaleidoscope to the eye.

Wrapping her hands around the warmth, she left the kitchen and continued through the open eating area, with its high ceilings and French doors leading out to the massive deck that spanned the width of the house. Cozy Adirondack chairs grouped together with tufted, poplin-striped cushions in red and white, and a free-standing rock waterfall pumped a clear, trickling flow. The chairs faced west, with a beautiful view of Puget Sound and in the distance, the Olympic Mountains which still held a healthy amount of snow for May.

Audrey's destination was her favorite chair, sitting in the corner in front of perpendicular windows, on the other side of the dining room: A cozy red and white plaid cotton rocker, the lone remnant of her small apartment in Seattle. She sank down into it and grabbed the heavy cabled afghan to put over her legs. Setting the coffee cup on the side table she grabbed Gran's Bible and before flipping it open, suddenly held it close to her heart. She was filled with a longing so deep it brought tears to her eyes. She remembered Gran's smell so well, a combination of violets and vanilla and if she closed her eyes, she could almost picture the woman who rescued her from what would have been a terrible start to her life. Having the worn, dogeared Bible helped her to feel like she was still there; it was her connection to a time that was good and sweet. Where nothing could or would hurt her. Where God was there, even if they didn't have all the things everyone else had.

Now, Audrey's lovely face changed into an expression of something else, with a quick twist of her lips. It was ironic, really, she thought, not for the first time. From the bare necessities growing up, working her way through college, and starting out at a fledgling magazine, to now. In a home she had never dreamed in a million years that she would be living in, married to the biggest name in church evangelism in the decade; there was nothing she wanted for. She was nearly as popular as her husband, with her radiant smile and beautiful hazel eyes, surrounded by thick lashes and a naturally peaches and cream skin. Her Bible studies had to be moved to the larger auditorium at Community Worship because there was such a demand. The book she and Doug had written the year before, on living with difficult circumstances, had been on the best seller list for 18 weeks. She took care to dress simply but classy, and to remember, as Doug frequently reminded her, that wherever she went she reflected their ministry, him as a pastor.

And where is God? The words came suddenly, and not for the first time. She could barely hear the voice, but it was there. Anyone who heard that question would be astounded. God was there! God was in that amazing church building that sat a mere 600 yards from their home, on a rise overlooking the house Doug and Audrey Simpson lived in. He was in the latest of electronic equipment that brought the Gospel to the masses, thousands in person and hundreds of thousands over the airwaves and through television, plus millions on You Tube and social media. God was in the 500 acres of mountain property facing Mt. Baker to the north that Community Worship just purchased to build a retreat getaway for those who needed it. That's where God is, people would tell you.

Gran's Bible fell open naturally to the Psalms, and this morning, Audrey's eyes focused on the faded words on the worn pages..."The Lord is my rock and my fortress and my deliverer, my God, my rock, in whom I take refuge, my shield, and the horn of my salvation, my stronghold." She closed her eyes, but the words she read meant nothing to her, as if they had bounced off of cold, hard stone.

Has my heart turned hard? She wondered. There was a time so long ago that God's word was the first place she had turned to. Even when she did, as was her habit each morning, the words became less like comfort and more like...work. That was it. More she had to do, more expectations, more that Doug wanted. More on her list.

I wish I could find you, she sighed, and hugged the Bible to her again, closing her eyes.

Audrey Davis knew deep loss twice in her young life. Abandoned by her mother and then stunned by the death of her beloved Gran, she spent her young years in the foster care system. In college, she discovered what it means to have family and to fall in love for the first time. Another shattering loss was too much, and she flees into a new life, only to find new love and a life she never dreamed she would have. However, as time and circumstance diminish the once-brilliant sheen of her life, she wonders where God is and if she can ever find her way back.

Doug Simpson witnessed things as a child that no one should ever have to see, and despite becoming a man that people adored and reached out to, he could not quite escape that scared little boy he once was. Could these two find each other for keeps, and could they find the One whose love heals more than man can bandage?

TD Babcock lives in the Pacific NW with her husband and her mutt Henry. Writing is like second nature to her—from spiral notebooks in childhood to today’s laptop. She likes to say that from the first word written, she just watches it take off and hopes to keep up.