I Never Did Much But I Had Fun Doing It

The Funny Side of Growing Up in a Small Town 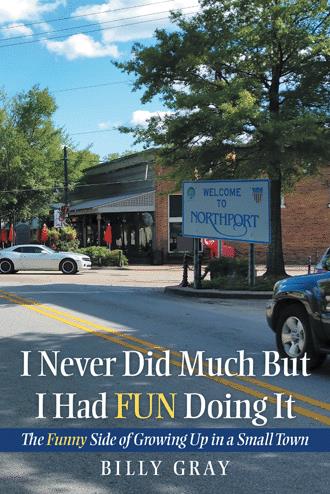 Little boys get stars in their eyes and visualize being great at something. I know I did. But over time I came to realize that I’m just your ordinary guy. And that’s okay with me. I’ve always had fun anyway.

Sometimes a bunch of us boys would put a dead limb between two trees and see how high we could jump. Some of the fellows would go soaring over the high bar while some would struggle to get over the low one. Guess which group I was in? But I think I had as much fun as the high jumpers. It’s just that I kept my laughing closer to the ground. Nothing wrong with that!

Choose any sport you like and honesty will compel me to confess that I was always in the middle of the pack. Not too good but not too bad either.

Take baseball for instance. I don’t think I’d be stretching the truth by telling you that I could do some things well but when it came to overall ability on the diamond I never stood out from the other fellows. For one thing, I always had trouble judging a ball coming toward me. Some guy at the plate would hit that old cowhide to the outfield and I’d run up on it only to watch it sail over my head and plop down about fifteen feet behind me.

“My mistake”, I’d yell. “I’ll get it next time!” But when next time came I’d backpedal only to watch the ball fall to the ground about fifteen feet in front of me.

“Can’t that stupid ball make up its stupid mind where it’s going to land on this stupid field?” I know that’s a lot of stupid but you get how I felt.

However, as I said, I wasn’t a total washout. I was good at some things. I could run fast. Maybe not as fast as our TCHS state champ, the fleet-footed Johnny Kirkley (who could?). Or the track stars in my class - such as Wade Booth, Harry Nichols, Richard Hulsey and Jerry Parker. But I could put it into high gear when I had a mind to. I prided myself on being able to beat out an infield grounder. That was good because I rarely hit one to the outfield. How boring would that be! Anyone can beat out a grounder to the outfield. I hate to brag but I never hit it over any infielder’s head.

Fast forward twenty-five years. I’m at the plate. Our church is playing another church on a Sunday night. It’s August and our two churches, Taylorville Baptist and Little Sandy Baptist, are having joint services out at the Taylorville ball field. I stand on the mound and deliver a message (get it – deliver…) and the next Sunday night Marvin Palmer does the same. Then we eat. And then we play.

The first pitch comes (I’ve always been a sucker for swinging at the first pitch - probably for some deep psychological reason that nobody can understand). This time I connect and the ball goes bouncing out to the shortstop. He catches it on the first hop but that doesn’t bother me.

Remember my pride? I’ve got this. I’ll just beat the ball to first! But suddenly I make a discovery. With two to follow. Discovery number one – I lack starting power. For some reason my head knows I ought to be running but my feet are yet to get the message.

However, my feet finally pick up on the head vibes and I’m off and running and that is when I make my second discovery – I lack stopping power. I fly past first base - the ball has already arrived and the guys are chunking it around the infield waiting on the next batter – but I can’t stop until I get way out in right field. That plop, thud sound is this famous runner making his third discovery – I have an abundance of stumbling power. I hit the turf and plow up the outfield better than a ditch witch.

Yes, I’m just your average Joe. And that’s okay because I have made another discovery. You don’t have to be good at stuff in order to have the time of your life.

So I wasn’t at the top of my class academically. But I’ve had fun telling people that I’m like the guy whose teacher asked him to conjugate a verb and he thought she was talking dirty because he didn’t know what conjugate meant.

So I sat on the bench all football season and loaned my uniform out piece by piece. But I’ve had fun joking about how I was a no count player whose uniform made All-American.

So I’ve never made a lot of money nor do I live in the ritzy part of town. But I’ve had fun joking and paling around with the salt of the earth kind of friends and neighbors who have made my life rich.

So I’ve never been invited to preach at any of the big pastor’s conferences. But I’ve had fun preaching to my little flock of people who love me and tell people that they have the best pastor in town.

He never did much, but he

• went on three first dates with the same girl,

• played in Yankee Stadium every summer,

• made All-American without playing a single down,

• grew three feet in one day, and

• played in the game of the century.

It’s just part of being an ordinary guy having the time of his life growing up in a small town.

Billy Gray has been a minister, public school teacher and associational missionary. Recently retired, he splits his time between pastoring a bi-vocational church and hanging out with his family which includes the four greatest grandchildren on the planet. He loves to tell stories of his childhood to anyone who will listen. Billy writes a weekly column for the Northport Gazette. He and his wife, Margaret Ann, live in Northport, Alabama.