There is Royalty Within 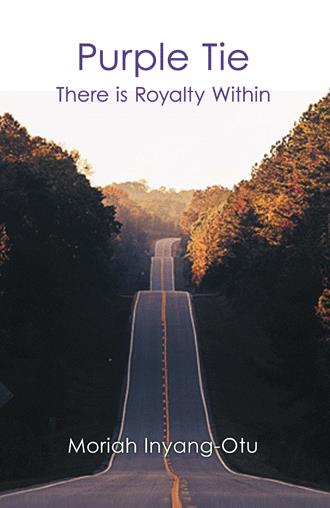 “Is it true your dad’s a murderer?”

His words hit me like torrents tumbling from a mountain top, and I didn’t even know his name. This wasn’t the common stutter of a high school hallway I expected on a Monday morning. Either way, I was too wrapped up in surprise to notice him float away. I turned around to see no one’s head turned, or ears tuned, or lips ready to spread the news. Maybe it meant nothing. I carried on to class, strangely eager to sharpen my usually mellow chats.

Mia won’t stop staring at me. Pity fell from her eyes the way it does at a little girl who just lost her mother, but it was a different kind of pity. It weighed down on me, gratingly. After Mr. Johnson dismissed everyone, her feet contemplated whether to approach me.

“Hey, Kate. I’m so sorry about what happened,” said Mia.

“Right. Well, I heard that your father is the, um, reason you lost your mom. If you ever need someone to talk to—”

“Do you believe it’s true?”

“Well it’s not. You can’t just go around believing everything you hear.” I pushed past her.

Hopefully lunch would settle the punishing storm disrupting my stomach. Jonah waved my attention to his table, and my breathing calmed a little.

“Well...” nothing but muddled sputters trickled from my lips. “There’s this rumor going around. Or maybe it’s not. It probably isn’t.”

“I think I know what you’re talking about.”

Marcy looked up, saying, “Yeah. Right. You know how high school is. These things come and go. Just ignore it.”

Easier said than done. Lunch hadn’t even ended before my thought was interrupted by interrogators who threatened to pry me open and inspect every memory as if it were their right.

I could just ignore it. I could wipe my cheeks dry and move on. Oak’s Edge loves a good scandal, and I was their flavor of the week. But I won’t lie; I’m weak. The bathroom became my safe house, and it harbored me longer than I care to admit.

“Kate?” Maybe it was nature, or fate. Either way, these stalls weren’t going to stay empty forever.

“Kate it’s me.” Marcy’s voice echoed through the bathroom.“I think I know who started this, and I just wanted to say that I’m so sorry.”

“What happened was an accident. It could've happened to anyone. The roads were icy, and you know full well that my father had nothing to do with that.”

“Will you just listen to me?” Guilt glazed over her eyes like a thief who had just been caught. “It just kind of slipped out. I was talking to Jonah yesterday and you know how I get when I ramble. I’d never do anything to hurt you.”

“Don’t play innocent. You’ve done plenty to hurt me.” Stay calm, Kate. “But I understand that this was never your intention.” I turned away from her, pacing the bathroom.

Anger met animosity in my strident game of war. My head was on fire, and my heartbeat jumped at the chance to bring this hearsay to its knees.

“Don’t you have something you want to say to me?” I sat across from Jonah unhinged, unbothered, and unfazed. Shaking his attention like I shook this school only seemed like my job now. It all started to make sense. He couldn’t handle the me that wasn’t fresh cheeked, tear-dried, winsome. Obviously, he’d readily sacrifice our friendship for a quick laugh. Even when I laid bare my rolling emotions and dusted my haven of entombed memories, he’d fade away like a wreath of mist. I became a vague thought as abstract as the scent of primrose, and only after I had buried my sorrows would he magically reappear again, as if our friendship were only meant to be taken in sips.

You don’t think I know, do you? “The truth. You’re the leaky faucet.”

“Ah. And I’m guessing Marcy told you that.”

“Maybe, but you were the only other person who knew.”

“Every time,” he muttered. “You take her side every time and never question it.” His mouth flew open, ready to retort, but snapped shut partway. “Never mind.”

“Can’t you tell she hates you?” He sat back down. “She despises every breath you take. For goodness’ sake, she wants to watch you burn.”

Zain is a drug addict.

Kate is caught amidst a messy rumor.

Mia is losing grip with her world.

These divided students are brought together by the unexpected death of their classmate, and question how to handle this situation while heavy with regret. There are serious issues in this school. Unfortunately, they’re not about to end soon. What’s going to happen next?

Moriah is a 15 year old who loves writing. She writes because she wants to inspire and encourage others through real life, profound stories.