Walking In Your Blessing

Nothing Too Hard For God! 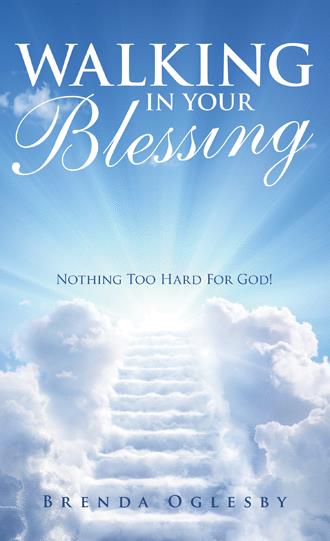 Have Faith in God

How many times have you been told to have faith in God or to have faith in God’s word? How many times has it been said to you, “Just believe the word of the Lord?” Today, I am proclaiming to you that you will be blessed when you have faith in God and his word. Second Kings 7 tells why you should have faith in God and his word and shows us that all things are possible with God. The scripture says in 2 Kings
7:1 (kjv), “Then Elisha said, Hear ye the word of the Lord; thus saith the Lord, tomorrow about this time shall a measure of fine flour be sold for a shekel, and two measures of barely for a shekel, in the gate of Samaria.” There was a famine in Samaria, and the man of God, Elisha, told the king that there would be food in Samaria the next day. The king’s assistant officer did not believe the word of the Lord. He said that it could not happen even if God opened up the windows of heaven. Elisha said, “It will happen, and you will see it happen, but you will not be able to eat of it.”
How many times have you heard a word from God and did not believe in it? Let’s say you did believe the word you received from the Lord but people who you surround yourself with did not believe the word you received from God. This caused you to have doubts and experience unbelief, therefore missing your blessing. Well, there are three points from 2
Kings 7 that will help you.
1. Believe the word of the God
2. Go forth at all cost to receive your blessing
3. Watch who you surround yourself with

Now there were four men with leprosy, sitting at the entrance of the city gate. “Why should we sit here waiting to die?” they asked each other. We will starve if we stay here, and we will starve if we go back into the city. So we might as well go out and surrender to the Aramean army. If they let us live, so much the better. But if they kill us we would have died anyway.


During those times, if you had leprosy, you could not live inside the city. Also, the city of Samaria was under siege by their enemy. The combination of these two problems kept the four lepers outside the city gate. The four lepers sat at the city gate and had a discussion about their future. This is what we do. We sit around discussing our future with each other. However, the four lepers didn’t just talk about their future; they did something about it. The four lepers came to the conclusion that they should move forward by faith. They may have been forced to stay outside the city, but they were not defeated. As you read this chapter, think about what is keeping you from God’s blessing. The four lepers heard the word of the Lord. They heard the prophecy that Elisha gave about food being in Samaria the next day. They had no idea where the food would come from, but they believed. They knew food was not inside Samaria or at the gate, but they knew food was in the enemy’s camp. So they got up and walked toward the camp not knowing what to expect. They moved forward on a word from God not knowing what would happen. Now let’s consider three points for moving into the blessing God has for you.

1. Believe the word of God. God’s blessing might come in an unexpected way. They walked by faith, not by sight. The scripture says, “For we live by believing not by seeing” (2 Corinthians 5:7, nlt). The scripture said the four lepers were talking amongst themselves at the city gate, saying, “Why sit here and die? We can’t go back into the city because they are dying of starvation there, and we can’t sit here because if we do, we will surely die. So we might as well surrender to the Aramean army. If they let us live, so much the better. But if they kill us, we would have died anyway.” So the four lepers got up and went forth. Now my question to you is, why haven’t you gone forth? You received a word from God, so why are you still sitting there? Get up and move into the blessing of the Lord. Why haven’t you moved?
2. Go forth at all cost. Second Kings 7:5–7 (nlt) says, So at twilight they set out for the camp of the Arameans. But when they came to the edge of the camp, no one was there! For the Lord had caused the Aramean army to hear the clatter of speeding chariots and the galloping of horses and the sounds of a great army approaching. “ The king of Israel has hired the Hittites and Egyptians to attack us!” they cried to one another. So they panicked and ran into the night, abandoning their tents, horses, donkeys, and everything else, as they fled for their lives.


We see that when the four lepers went forth, God acted on their behalf. He made the enemy hear a great army approach them, and the word said that they panicked, got up, and fled for their lives, leaving all their possessions. When the army fled, the lepers received the blessing. Hallelujah! When you go forth doing what God told you to do, then you too will receive the blessing, and all your naysayers will be silenced. 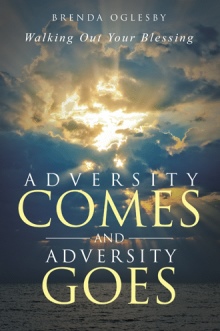 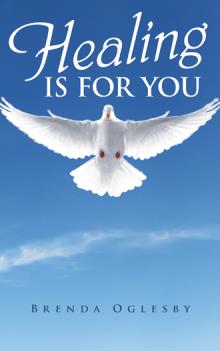 Healing is for You
Brenda Oglesby
$9.95 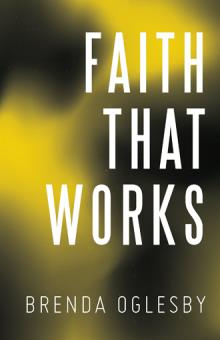 Do you really think there is no hope for you? Ezekiel did not say “No, Lord. I don’t think you can do it.” He just said “I don’t know, but you know, God. You know, God, what you will and can do.” Therefore, Ezekiel had hope; he did not have hope in his ability, but in God’s ability to restore. Do you have that kind of hope in God? God can deliver and restore all to you. Having that kind of faith in God will change your circumstance.

Brenda Oglesby confessed Christ at an early age and grew up in a Christian home. After many years of attending church with her family, God placed it on her heart to attend a full gospel, non-denominational church where she was introduced to the full gospel taught by a pastor that believed in operating in all the gifts of the spirit.

It was during that time, that she received the call from God to preach his word, and she received revelation that God bestowed her, the gift of intercession. Today, she operates in the gift of prophecy, teaches God’s word and intercedes. Mrs. Oglesby has been married to her husband, Robert Oglesby, over thirty-seven years, they have a son, Robert Oglesby 3rd and grandson Jordan Oglesby. She holds a Bachelor’s Degree in Chemistry, Master’s Degree in Human Services and Consumer Science and has taken ministry classes at Oral Roberts University. She resides in Taylor Lake Village, Texas with her husband.

Other books by author: Faith That Works, Songs of Praises to God, Healing Is For You, and Adversity Comes & Adversity Goes