River & Streams in the Desert 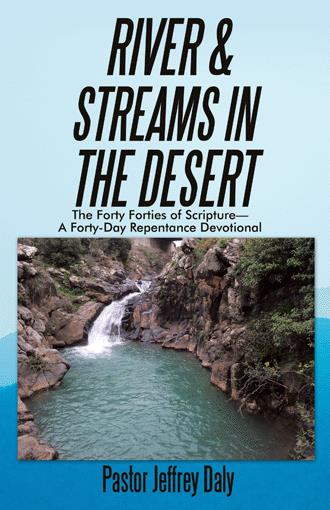 The Harder They Fall

Yea, all kings shall fall down before him: all nations shall serve Him.

For today's devotional we acknowledge the SEVENTH commandment:

"Thou Shalt Not Commit Adultery"

Everyone understands what adultery is within a marriage but what is spiritual adultery? Throughout the Bible God portrays His relationship with His people in marriage covenant terms. He expresses grief when they ignore Him and jealousy when they run to other false gods.

We commit spiritual adultery when we place anything in higher standing than our relationship with God. Are you breaking the Seventh Commandment?

Take this short test. Honestly is paramount or the results will be skewed. Consider each question carefully before you write down your answer:

If you answered honestly, many of you will end up with answers such as "Family" or "Friends" or even "Sports/Entertainment." The saddest Truth of all is most people will have to honestly answer: "ME." I'm working on this also. He is Present to help us repent.

In our continuing devotional series on the "40/40's" we come across the story of David and Goliath. Goliath taunted the Israelites for 40 days. King Saul offered up his daughter and riches to anyone who could defeat Goliath:

Now the men of Israel had been saying, "Do you see this man who keeps coming out to defy Israel? To the man who kills him the king will give great riches. And he will give him his daughter in marriage and exempt his father's house from taxation in Israel." ~ 1 Samuel 17:25

But, I don't think David was interested in the "free goodies"...so he asked the question again!

We can almost see the wheels of David's mind working here. If I might be so bold as to attempt an example of his thoughts:

"That's NOT what I asked! What must be DONE to remove this OUTRAGE (sin) from God's people?"

It was a prophetic statement foreshadowing Christ. NOTHING besides slaying the giant and honoring God was important to David.

David's heart was not adulterous towards God. No amount of free stuff offered by King Saul was what motivated him. He was motivated by RIGHTEOUS ANGER that this "uncircumcised Philistine" would dare defy and mock God by being allowed to remain standing for so long. Every moment (40 full days) that Goliath stood mocking the Israelites was one more day that Satan was laughing at the LACK OF FAITH among the Israelite army.

Interestingly, even after David volunteered, the Israelites continued to offer solutions to him which just weighed him down. He eschewed the armor of Saul, as we should shrug off man-made solutions to spiritual problems. Instead he rightly acknowledged that the SAME GOD who saved him from the clutches of the lion and the bear would also save him from this roaring beast.

His weapon of choice? A slingshot with 5 smooth stones.

In this one chapter we see that David THOUGHT about God, TALKED about God, offered his TIME to God, eschewed TREASURE for God and TRUSTED in God alone. He had all 5 stones in his sling...but when a person has this right attitude in their heart, God takes the devil down with One Solid Rock.

Heavenly Father, I repent. I don't want to commit any form of spiritual adultery. Help me remove my old sin patterns that attempt to filter You out of Your rightful position as first and foremost in my life. I receive your rightful chastening because Your Holy Word says those whom You love you discipline. I turn to You now in trust and You alone I declare as Lord of my life. I pray this prayer in the Name above all names, the King of kings, the Lord of lords, YESHUA: The Prince of Peace under which every knee must bow. ~ Amen

Day after day, God patiently wishes you to discover Him at the deepest possible levels. The spiritual practice of repentance is the pathway into this most intimate of all human/divine interactions. Repentance, turning away from the world's ways and fleshly desires, is the way to enter his kingdom.

River & Streams in the Desert, by author Pastor Jeffrey Daly, presents a guide to help you experience the power and liberty of repentance as a daily practice. With each of the forty scriptures, there is a connection to repentance, giving you encouragement to become more like Jesus. Each of the devotionals offers a suggested prayer for both personal and national repentance.

Insightful and inspiring, this devotional equips you with the necessary understanding, confidence, and encouragement to walk the path of righteousness and repentance. It encourages you, with the Holy Spirit's guidance, to become zealous in repenting from old sin patterns and be inspired to be a daily witness to others.

Pastor Jeffrey Daly, a former Wall Street lawyer, committed to serving Christ in 1991; this is his third book. He and his wife, Laurie, served as pastors of Jesus Christ Fellowship, Middletown, California. Retired from his legal practice, Daly writes, teaches, and works with national repentance and prayer ministries. In addition to founding the National Day of Repentance, he’s also a director of Capitol Hill Prayer Partners, Washington, DC. Visit him online at www.repentday.com. He is also the author of The Spiritual Battle for the White House” and “Making America Godly Again.”