The Long Way Home: A Journey to Recovery and Redemption 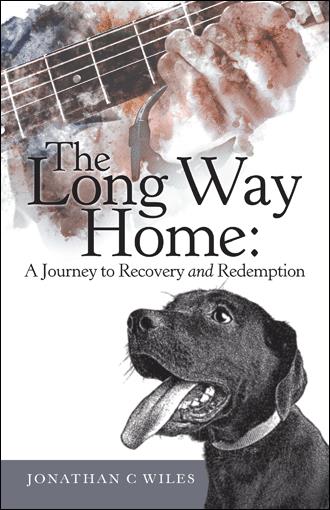 This was not living, not light, not what I needed at all. The drinking continued, exacerbating the effects of the drugs. I lost control of my own mind and reasoning. In moments of waking and semi-lucidity, I pin-balled chaotically from desperation to anger to hopelessness. I ground my teeth, dug my fingernails into my palms, and screamed for silence. I was existing in an endless nightmare that was only getting worse.
I continued to sit on my couch with my pill containers and bottles of alcohol for days on end, marinating in my own agony and losing my faith. Frequently I found myself staring at an old shotgun hanging on the wall. Consciously I was not seeing it as anything more than a symbolic focal point, but somewhere in the hidden recesses in the back of my mind, a fatalistic idea was beginning to form. One day I took the gun off the wall and held it in my hands. Caressing the dark checkered wood stock and smooth steel barrel, I reflected on the irony of how it represented both the happier days of my past and a means for deadly escape from my intolerable present.
The days ran together with no changes other than the always heavier feeling of loneliness in my heart. I was drowning in my isolation, tormented by my demons and unable to take control of my own mind, much less my life. I knew it had to, had to stop, but not how to make it. I began cradling the shotgun in my arms as I rocked back and forth on my heels, pacing the house and crying out for some respite from the storms ravaging my mind, body, and soul. One day it became too much, an emotional line was crossed, and I came unattached from any sense of reason or cognizant thought. I was utterly empty, my will was gone, and the only desire I still kindled was that of escape and release. I turned the gun around for the first time, with the barrel instead of the stock pressed against my burning belly. In some small moment of clarity or a flare of the dying trace of survival instinct, I called a crisis hot line and voiced the horrific thing I thought I might be about to do. They tried soothing words, but I was beyond the reaches of consolation. A team of EMS and law enforcement personnel were dispatched and surrounded the house. There were frantic knocks on the door and the phone was ringing incessantly, but in my tormented tunnel vision I was unaware of anything but a tiny prick of light at the end of the gun that offered me a gateway to the only peace I still believed in. Detached and dissociating, I put the butt of the gun against the wall, leaned into the barrel, pushed my thumb against the trigger, and faded to black.

This story begins with the exciting and unpredictable journey of a young man as he comes of age as a traveling musician and poet. His journey takes him across the country through various subcultures and the musical underworld. He experiences the thrill of adventure and discovery but also succumbs to substance abuse and addiction, emotional and relational issues, brushes with the law, and eventually, a near suicide.

Through spiritual healing and a long and hard look at the truth about himself and his purpose, he learns to live and love again. He comes to understand that life is about using the experiences God had brought him through—the hard times and the good, the graceful ones and the talents, and the knowledge He has provided—to live a life with true purpose, meaning, and peace.

Jonathan C Wiles is an accomplished writer of prose, poetry, and song. He has spent a lifetime living an artist’s life as a songwriter and poet, and dealt with the underlying depression and emotional issues that often accompany creative people of this ilk. He has battled substance abuse and self destructive tendencies, almost losing his life before finally finding recovery through the healing grace of God and the truth of love, faith, and family. This book is the story of his journey to redemption and peace. Jonathan is a member of the Mississippi Writers’ Guild, Mississippi Poetry Society, and Mississippi Music Program. He treasures everything outdoors, most likely to be found exploring the enchanting forests of the western North Carolina mountains and the mysterious swamplands of the Mississippi Delta. He finds his inspiration in nature, music, a life of hard-earned lessons, and the faith cultivated by God and his loving family. You may contact the author at the following email: jonathancwiles@outlook.com