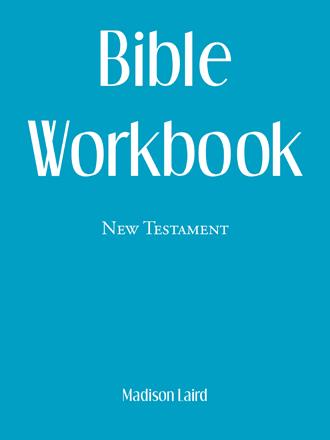 • This lesson is going to start our study of Paul’s preaching in Jerusalem. We will look at how this finally gets him arrested and the way he defends himself during multiple trials. We will look at how he appeals to the highest authority and what happens to him along the way. All this will be setting us up for a study of the first three letters Paul writes while in prison.

• Paul speaks to them in the Hebrew language and so they listen and Paul reminds them that he had been raised a very religious Pharisee. He explains his complete turnaround (conversion) after his encounter with the risen Jesus who specifically told him to minister unto non-Jewish people (Gentiles). (Acts 22:1-21)

• After hearing him out, the Jews are not happy and want to put Paul to death. Instead the solders bring him back in, tie him up and whip him. When Paul tells them that he is a Roman citizen, they realize they had made a big mistake because they were not supposed to treat Roman citizens this way. (Acts 22:22-29)

• The next day Paul is talking to the Jewish council and he uses the fact that he is a Pharisee to provoke a debate between the Pharisees and another main group of Jewish leaders called the Sadducees. The Sadducees did not believe in the resurrection of Jesus and did not believe in angels. The Pharisees start to defend Paul to the Sadducees and say things like “what if an angel spoke to him?” (referring to Paul’s conversion story) knowing that the Sadducees would object. The argument gets heated and solders must go rescue Paul again. (Acts 22:30 – Acts 23:10)

• Notably, the Lord appears to Paul and tells him to be courageous because in the same way he has been testifying, he will ultimately be put on trial in Rome and get the chance to say the same things publicly there. (Acts 23:11)

• There over 40 Jews who vow not to eat until they have killed Paul. They devise an elaborate plot to have the local governor summon Paul so they can assassinate him on the way. But Paul’s nephew learns of the plot and so the local governor has Paul delivered by armed guard to the regional governor named Felix. (Acts 23:12-35)

• Felix keeps Paul in jail for two years. During this time, he hears the Jewish testimony against Paul. Felix also apparently has a pretty good knowledge of Christianity, and listens to Paul’s defense and preaching. Felix understands enough to be concerned, but he tells Paul to go away and that he will hear him some other time that is more convenient. (Acts 24)

• We never read about Felix converting. In fact, we sing a song about this experience (and one with Agrippa which we will talk about soon) called “Almost Persuaded” that contains the line “some more convenient time, on thee I’ll call.”

• Paul tells Felix that he wants to go on trial before Caesar in Rome, which is his right as a Roman citizen. Felix sends him to the Roman puppet king named Agrippa who said he wanted to hear from Paul first, and Felix explains to Agrippa that the Jews wanted to kill him but he had found nothing wrong with him. (Acts 25)

• Paul tells Agrippa about he used to persecute Christians and then due to his conversion he is now one of them. He explains that he is just teaching what the prophets were talking about. Agrippa says two things 1) that Paul almost persuaded him to become a Christian (see the song referenced above), and 2) that Paul would have been set free if he had not appealed to Caesar already. (Acts 26)

• Paul and some other prisoners (including Luke) is put on a prison ship and then transferred to a ship bound for Rome. That ship finds itself in danger because winter is approaching. Paul tries to tell them they won’t make it but those guarding him listen to the captain of this ship instead and sail on. Soon they encounter a storm which lasts for two weeks, ultimately, they run the boat aground and it is a total loss. There are 276 people on board, and they all escape to land. (Acts 27)

• They soon discover the island is called Malta. Two notable things happen there: 1) Paul is bitten by a poisonous snake and everybody sees that happen and Paul not only lives he doesn’t get sick and 2) Paul heals the daughter of a man named Publius who owns the island and people from across the island come to be healed. The people are so happy that when the 276 people get another ship, they pack it with supplies. (Acts 28:1-10)

1. What language does Paul use to speak to the Jews and what does he tell them?

2. Do the Jews react well to what Paul says?

3. Why were the Roman solders wrong to tie up Paul and have him whipped?

4. What happens when Paul addresses the Jewish council?

5. What does the Lord tell Paul about being on trial and where he will end up?

6. Who plots to kill Paul and why is the plot thwarted?

7. Who is Felix and what happens with him?

9. Who was Agrippa and what is his reaction to Paul’s testimony?

10. What happens to Paul in his ship on the way to Rome?

11. What happens on the island of Malta? 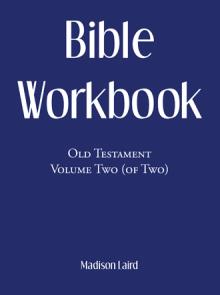 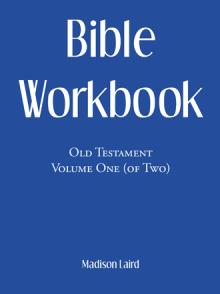 This workbook contains extensive lesson outlines and questions for every major part of the New Testament. It is part of a series of lessons on the entire Bible. This workbook is appropriate for late teens to mature adults. Each lesson was developed and taught personally by the author.

Madison Laird has preached in dozens of churches in several different states and countries. He has thousands of hours volunteering and serving on the board of non-profits. In private enterprise he has started two companies and held key roles at the headquarters locations of both IBM and Cisco Systems.