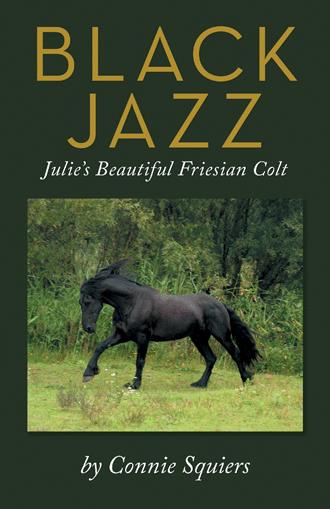 Aunt Fran patted the seat next to her, “Julie, Sweetheart, come sit down for a minute.”

As Julie slowly sat down, she thought, what can it be now? Every time she uses that tone of voice, it’s been bad news. Her heart beat faster as she waited.

Aunt Fran continued in a sugary sweet voice, “You know Jim and I love you, don’t you?”

Julie looked down and nodded ‘yes’. She trembled, waiting. She knew nothing could be worse than last month when her aunt told her both her parents had been killed in a plane crash. That memory flashed before her eyes and she held her breath. The pain of remembering was terrible.

“I’m glad you know we care, because what I am going to tell you is difficult.” Julie panicked and started to get up to leave the room. Her aunt stopped her, “Sit down and listen, Julie. I’ll make this as quick and as painless as possible.”

Julie sat back down, “You are aware that your Uncle Jim has been very sick lately, and has been unable to work. His doctors say his illness could turn into a permanent disability, which means our money is very limited, and will be even more so in the future.” She cleared her throat, “We’ve made arrangements for you to live somewhere else until we get on our feet again.”

Julie’s eyes opened wide, not believing what she was hearing. Her aunt continued, “As you can imagine, it’s very difficult to take care of our needs with only me working.” She paused, hoping Julie would understand without her saying anything further.

Reality slowly sank in and she asked, “So Aunt Fran, you want me to live somewhere else?”

Her aunt hastily explained, “Well, yes, but it won’t be as bad as you’re making it sound.”

Julie shouted, “How could it not be as bad as it sounds? Where? Where will I live? How can you do this to me?”

“Calm down, dear. I’m trying to tell you that you’ll be going to live with a relative.”

Julie panicked, “Who and where? I was born and raised in Florida, and I have no kin but you.”

Her aunt carefully explained, “Well, what you said isn’t entirely true. Unfortunately, you would not be living in this state.”

Her aunt spoke hesitantly, “Colorado. You’ll be living in Colorado.”

She violently objected, “No way! I don’t know anyone in Colorado, and it snows in Colorado.” She wailed, “I’ve never even seen snow!”

“Listen to me, Julie. At this point, your Uncle Mark is the only option we have. He’s your only other next of kin.”

Julie cried out, “I’ve never even heard of an Uncle Mark. No one here has ever mentioned his name. Why him?”

“He was your mom’s and my older brother. He hasn’t been in contact with the family for many years, probably because he’s a loner.”

Julie snorted, “And you think he’d be an appropriate person to be my guardian. Are you out of your mind?”

Fran barely stopped herself from slapping her niece for talking back, but not before Julie saw the hate-filled look in her eyes. She quietly responded. “Well, living with him will certainly be better than living here. When do I leave?”

“Fairly soon, Julie. I have no choice, and,” she hesitated, “you’ll have to get there by plane.” She quickly explained, “I do realize your parents were killed in an airplane accident, and traveling by plane would probably be disturbing to you, but I have no choice.”

Julie was shaking inside, but asked, “You’ll be taking me out to Colorado and introduce me to this loner, won’t you?”

Her aunt stood up in a huff, “You’ll not talk to me like that young lady, especially since I’ve been so good to you.”

Though Julie was furious and scared, she forced herself to act calm, “You will be going with me, won’t you?”

Her aunt sat down again and took her hand, “Julie dear, I can’t take you to Colorado myself because I can’t afford to pay for a trip for two — and it goes without saying I wouldn’t be able to afford my ticket back to Florida.” She calmly explained, “I would have sent you by train or bus, but the companies I contacted told me if a child is less than seventeen, their rules say minors must be accompanied by an adult. However, minors your age are allowed travel alone on an airplane if someone meets them on the other end.”

Julie sighed and asked with resignation, “When do I leave?”

Aunt Fran braced herself for more rants from her niece, “The day after tomorrow is when you leave.” 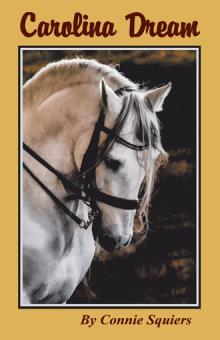 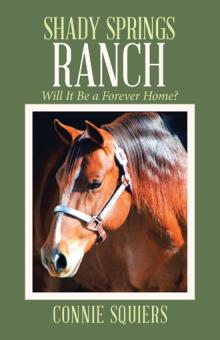 After Julie’s parents were killed in an aircraft accident, she went to live with her aunt, who told her she could not afford to keep her. A few weeks later, she was sent from her home in wonderfully warm Florida, to Estes Park, Colorado, where it was cold and snowy. She was frightened when she found herself living in a rustic lodge with a stranger, an uncle she had never known existed. Julie found life on a horse ranch with Uncle Mark depressing until a beautiful black foal was born on Christmas Day. That event, discovering Jesus for the first time, and making new Christian friends, changed her life. After she received a sizable insurance settlement from the airlines, her aunt and uncle called and wanted her to move back to Florida to live with them. Julie had grown to love her uncle, and the life she now had with her beautiful horse in the Rocky Mountains. She did not want to go back. Julie had several unusual adventures, and figured out how to do wonderful things for her community with the money she had received.

Connie Squiers Kuester, a former attorney, lives in Tulsa, Oklahoma. She fondly remembers her horse crazy girlfriends and reading many, many books about horses. She uses those experiences, and those as a mother, to craft her stories. She wanted to write books about horses, that were appealing to young people, and would incorporate the tenets of her faith. Her stories are action-packed and full of human interest, with Christianity slipped in through conversation and remembering what she learned in church, not preachy prose. She has provided questions at the end of each book, so a parent or facilitator will find it easy to get their readers to discuss what they’ve read.