...from pain to peace ...from depression to delight 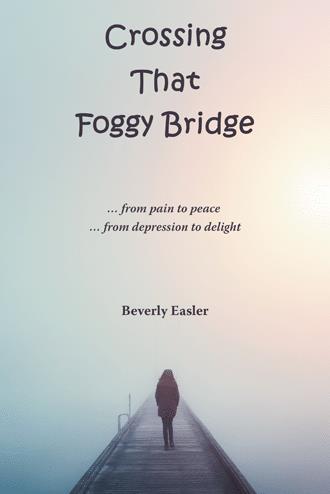 Is anyone ever ready for change? Probably not. Change isn’t easy. I got stuck in just wishing things would get better. I was afraid I wouldn’t be able to change. I got so bogged down by depression and the stresses of life that I could only groan “I can’t do that. It’s too hard.” I became discouraged by my brave experiments that didn’t work, like my failed attempt to become someone different by moving from the chilly Midwest to the sweltering Deep South.

Change is difficult and uncertain and there is no guarantee of success. You first want some proof that the change is even necessary. You believe that sameness equals safety and change equals danger. You know that what you’re already doing isn’t helpful, but at least it doesn’t scare you!

If fear is the four-letter word, and shame is the five-letter word, change is the six-letter word! You resist new behaviors, new ways of thinking, changes to your plans, changes in your circumstances, and changes in your lifestyle because of fear or shame. Change can threaten your relationships, your position, your sense of self-control, or your feelings of security.

You don’t know how to live outside your protective shell of depression and shame because that’s all you’ve ever known. You’ve become comfortable in the closely controlled atmosphere of your dusty, light-deprived secret rooms and have grown accustomed to the smell of your stinking thinking. Because fear and shame can paralyze and defeat you and have unwanted consequences, you resist change and remain tied to your old self.

It’s not just the change that scares you but the imagined reality of what the change might bring. It’s easy to believe that making any change is a huge task that can’t be reversed if something goes wrong. You can’t see it, touch it, feel it, or experience it. You can only assume what the outcome will be; but our assumptions are only 50% accurate at best! In reality, it’s the thick fog in the air that blinds and frightens you, not the outcome you can’t yet see at the other end of that foggy bridge.

What is it that you believe will never change? Let me guess. You believe you’re unworthy and unlovable and all the other “un” words you can think of to describe yourself. That’s a lie from the mouth of Satan. He’s a deceiver and a liar. Don’t listen to him! He wants you to believe there’s no hope for you. He’s acutely aware that he can keep you down for as long as he can prevent you from seeing or hearing the truth. He’s the master of darkness, and he knows how to break your focus and cause more confusion, anxiety, and distress.

Satan also knows the Truth! He knows that Jesus came to bring a whole new way of thinking and believing and behaving! Colossians 3:9–10 (NCV) reminds us as followers of Jesus Christ that “You have left your old sinful life and the things you did before. You have begun to live the new life, in which you are being made new and are becoming like the One who made you.”

Our Lord and Savior never promised that change would be easy or quick. You have to go through the refiner’s fire to burn away your faulty beliefs and stinking thinking, to cleanse the impurities from your attitudes, and to correct the flaws in your priorities and behaviors. I love the way this principle is expressed in The Message:

My assumption is that you have paid careful attention to him [Christ], been well instructed in the truth precisely as we have it in Jesus. Since, then, we do not have the excuse of ignorance, everything — and I do mean everything — connected with that old way of life has to go. It’s rotten through and through. Get rid of it! And then take on an entirely new way of life — a God-fashioned life, a life renewed from the inside and working itself into your conduct as God accurately reproduces his character in you. (Ephesians 4:20-24, MSG, emphasis added)

Depression is an unwelcome intrusion in the lives of many, with remedies and solutions that often seem elusive. Thrown off-balance by the intricacies of “doing life,” we often sink into frustration and despair. So what do we do to restore our hope that change is possible?
Crossing That Foggy Bridge offers a new look at depression from the inside out—from author Beverly Easler’s heart to yours. With courage and persistence, Bev has found a way to redirect her path through depression by learning to ask better questions about the common issues we all face in life: managing our feelings, breaking old habits, setting boundaries, and controlling our wayward thoughts. While candidly sharing her personal story, Bev reveals valuable lessons she has learned while trudging through the darkness of persistent depression.
Dealing with depression isn’t easy. We can quickly become captured by the deceptions and lies of Satan. Crossing That Foggy Bridge clears away the fog and reflects the light of Jesus, reaffirming that He came to reveal to us a whole new way of thinking, behaving, and believing!

Beverly Easler grew up in a small Iowa town with a school-teacher father and an accomplished pianist-organist mother, along with four siblings. Born into a musical family, Bev has always considered herself a musician with an innate love for the piano. Although she has spent many years enjoying the role of piano accompanist for various churches, soloists, and choral groups, she has also enjoyed tinkering with words, mostly in poetry. Now retired from the workplace, she continues to surround herself with music, tickling the ivories in her home and attending plays and musical events with friends. Bev now calls Maple Grove, Minnesota, her home and is active with the Evangelical Free Church.