Love Your Guts Out

I Lost My Wife but Not My Inspiration 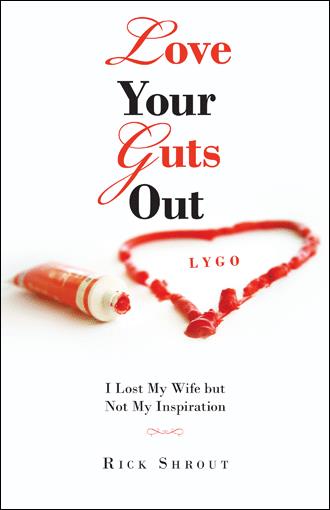 There it was—soaring high overhead above the highway—a bald eagle. It was one year to the day after Toni’s death. I was behind the wheel of her red 2006 VW Beetle TDI cruising along highway 99W, making my way to the Oregon coast. I made a trip to the coast on that anniversary day to remember her graduation and entrance into what lies beyond the grave. You can believe what you want, that’s fair enough. Tell me sometime what you imagine comes after death, if anything. I want to hear your story. Since you’ve chosen to read mine, I appreciate your interest and curiosity. Here’s what I believe—something more exists beyond the grave. Call it a new beginning. Death takes us back to the Beginning—the Alpha in whom all things consist, cohere, and find their being.

On the one-year anniversary of Toni’s death, I had no idea of how the road ahead of me would drastically change. It was a trip to the coast to reflect on memories of Toni. It turned out to be much more.

Sighting the bald eagle was the first indicator that something different, something mystical, was unfolding as I set out for the coast. Many years before, one of my Lakota brothers told me that seeing an eagle is special; it’s a sacred moment. We, too, were making a road trip, not to the Oregon coast, but to a town in the western panhandle of Nebraska. Cruising along in my Nissan Sentra, he spotted an eagle soaring high over the road in front of us. He said, “That’s a good sign. Today will be a good day.”

As I made my approach to the coast of Oregon, that memory flashed in my mind as I saw the eagle soaring above, intermingled with memories of Toni. Raised in Oregon, its coastline became a special place to roam and explore, to walk and fish—and to stand in awe of the constant movement and the roar of the surf. It was one of Toni’s favorite places on Earth. I thought it was appropriate to return there a year later after she departed this world to walk another beach, one of limitless golden sand.

I arrived at the coastal city of Newport. It was one of our favorite towns on the Oregon coast. I parked by the lighthouse located in town next to the north jetty of Yaquina Bay. A few years before this trip, Toni and I made our last journey to the Oregon coast, and the beach below this lighthouse was the one we walked together. This time, I walked alone.

But was I alone? My mind flooded with memories of Toni. I sensed her presence. But I was walking alone—no hand to hold, no laughter to share, no eyes of another gazing back at me with wonder.

I continued to stroll southward along the beach near the edge of the surf and made my way to the north jetty. If you’ve never been on a jetty, it’s a great place to spend time and explore. There’s activity all around you. Here, the Yaquina River makes its way westward and meets up with the Pacific Ocean. Though Yaquina Bay is impressive, the river upstream is small, by coastal standards. It might be small, but perch yourself upon one of the jetty’s massive rocks, and you’ll behold an inspiring sight—a wedding of two waters. An insignificant trickle unites with a grand and limitless water. They become one water.

A variety of life crawls upon and covers a jetty—barnacles and mussels, starfish and sea anemones, crabs and seagulls, fisherman and photographers. On this day, I sat and watched a small commercial fishing boat cruise toward the mouth of the bay, protected by two jetties, one on each side. The boat sailed into the waters of the Pacific. I sat and imagined what it was like for those onboard. They were on a voyage, a journey, from the familiar confines and safety of the bay. The crew ventured into the vast horizon that framed the massive ocean in front of their vessel, sailing into another world with depths unknowable. Then, as if from nowhere, a sense of presence engulfed my consciousness. More than a mere thought from my brain, it flowed from deep within, like a river. I was keenly aware of something, or Someone.

It was a certainty that seeped up within me I can’t prove to anyone else, not even to you. It was beyond words, but here’s what I can say of what I saw in my mind. The image of embarking on a literal journey that would launch me on a voyage into the depths of my soul—that’s what I saw. Thrilled and awestruck, daunted and fearful, that’s how I felt. This was the experience that precipitated traveling the Uttermost Road.

With the commercial fishing boat all but out of my sight, I made my way off the rocks of the jetty and back onto the sand of the beach. I took out my iPhone and listened to songs stored in the phone’s memory. Not sure how or why, I landed on one particular song, entitled, “Lord Make Me an Instrument.” The lyrics grabbed hold of my mind and put words to what my heart desired.

I was so taken by the lyrics of the song. The music gave rhythm to the beat in my heart. I danced—native style—spontaneously; it seemed. As I made my way up the beach along the water’s edge, I danced. From my heart and in my own way, I mimicked what I recalled from watching beautiful powwow dancers, their graceful movements mesmerizing. It mattered not if anyone was watching. I danced to the music that expressed the words flowing out of my heart, words of my longing to serve and give. The lyrics, "Christ within me, Christ before me,” welled up from my innermost. Then I sang with my uttermost, “make me and instrument.” I wasn’t walking the beach alone!

Can you imagine what it feels like to watch your spouse die? Have you ever wondered how you would handle the loss of your husband, wife, or child? Love Your Guts Out chronicles the experiences of the author as he watched his wife (Toni) die from breast cancer. Inspired by her example in life and death, the author describes how his journey of grief led him into the depths of his soul. It was a journey that brought him to a place of desperation to find meaning in life after his wife lost hers.

The soul-searching questions he presents in this book brought him face to face with a reality that can only be encountered on the inside of the human soul. Before tragedy strikes, the author encourages the reader to travel this inner road where we find an unlimited resource. He writes that human beings are intrinsically designed for love and explains that the path to experiencing an abundant life requires losing your life—to “love your guts out.”

Rick Shrout was born in Marion, Indiana (1958) and grew up in Portland, Oregon from the age of seven. His work experience includes ministry in Native American communities, as well as serving as an interim pastor, cell group ministry, church planter, house church networker, public educator, and fly fishing guide. Rick’s first book, Street Crossers: Conversations with Simple Church Planters and Stories of Those Who Send Them, was published in 2011. He holds a Doctor of Ministry degree from George Fox University. He presently “lives on the road” and serves as an itinerant minister and writer. For leisure, Rick enjoys fly fishing, camping, and hiking. Learn more at rickshrout.com.