A Biblical Guide to Salvation 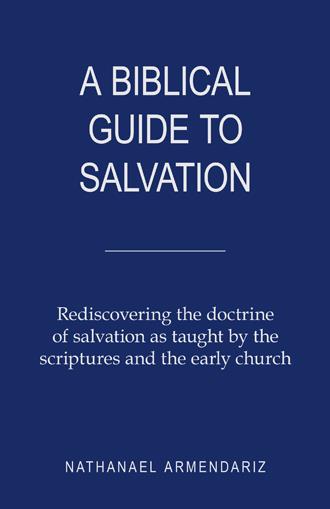 As we read through the entirety of the four Gospels, we come to learn that Jesus makes no distinction between believing in him and obeying that which he instructed us to do. In John 3: 36 he states, “Whoever believes in the Son has eternal life; whoever does not obey the Son shall not see life, but the wrath of God remains on him.” Although some may try to suggest that the extent of our obedience when it comes to inheriting eternal life is that we affirm the existence of Jesus in our own private contemplation, the Scriptures reveal that our belief in Christ is not limited to what we think in our minds but extends to how we live our lives day in and day out. This is what Paul was alluding to when he wrote to his brother Titus of those who profess to know God by their lips yet deny him by their actions.

In my observation over the last several years it appears to me that many within the church have been misled into believing a doctrine that seeks to minimize obedience as somehow inconsequential when it comes to the weightier matters of salvation and justification. In this regard I believe that the enemy has sought to hijack and distort biblical concepts such as faith and grace in an attempt to foster a lukewarm and barren Christianity. One which embraces the inadequacies and incompetence of man under a false sense of humility—further relaxing our participation in the true regenerating and sanctifying work of the Holy Spirit as though it were in fact a peripheral matter. And while I do believe that there are many sincere Christians who eagerly desire to serve God with all their heart, soul, and mind, much of the church appears to have been enamored by a false gospel, whereby obedience and holiness are held more to the discretion of the individual than the standard of God’s word.

In Matthew 4: 17 we are told that Jesus came unto the world preaching one simple message: “Repent, for the kingdom of heaven is at hand.” This simple message serves as the backdrop for his entire ministry, in that the act of repentance refers not only to the changing of one’s mind but the refocusing of one’s entire life on the will of God. In this manner we are instructed not only to turn away from the wicked and vain imaginations of this world by bringing our thought life into alignment with the mind of Christ, but to go on from there by carrying out our faith to an ongoing place of active obedience. In 2 Corinthians 10: 5 the apostle Paul writes, “We destroy arguments and every lofty opinion raised against the knowledge of God, and take every thought captive to obey Christ.” It’s not enough that we take control of our minds by hearing and acknowledging the truth, we must continue on from there by diligently putting into practice that which we have learned.

If asked directly most members of any given church would affirm that grace does not give us a license to sin, yet when asked directly if our actions have any effect on our salvation there is often a resounding, no! So where does the line fall? As we discussed before most tend to dismiss this apparent contradiction by suggesting that our actions merely indicate if we are a true believers to begin with, and that if anyone has truly received the Holy Spirit then they will naturally to do the things that God requires and are thus, as the logic follows, incapable of falling back into a state of lawlessness. While this is a very enticing perspective, how exactly are we to understand its theoretical implications? Meaning, to what extent will our obedience come naturally? Is there a minimum measure of irresistible grace given to every believer so that while we may partially stumble back into disobedience from time to time we are incapable of ever fully relapsing back into our former ways?

The reality is that while the New Testament authors do absolutely speak of the regenerating power of Holy Spirit, they do not indicate that this power entirely precludes us from falling away. It is true however that the more we grow in the grace of God the more we become rooted in him. Like a tree digging its roots deeper into the earth so we become established in Christ the closer we draw to him. Yet even for those who find themselves securely rooted in the Lord it is important to tread carefully, knowing that the enemy prowls around like a roaring lion, seeking an opportunity to draw us away from the flock and lead us back into the den of his destruction. It is for this reason Paul states in 1 Corinthians 10: 12: “Let anyone who thinks that he stands take heed lest he fall.”

Since its early beginning’s creation has been plagued by a sickness, the effects of which extend to the uttermost parts of the earth, so that none can escape it. For most, death is considered a normal part of life, something that we all must face. And while it is certainty true that no one can escape or circumvent their physical death, the Scriptures tell us that this life is but a shadow of the one to come, and that the decisions we make now will determine where we go from here: either into eternal life in the presence of the Lord, or into eternal death whereby we are permanently separated from our heavenly creator. This book seeks to address a series of key doctrinal issues with the intention of providing the reader with a consistent understanding of what the Scriptures teach regarding our eternal salvation and the role that we all must play in God’s redemptive plan.

Nathanael boasts no great accolades or credentials to his name, he is not the senior pastor of a large mega church, he doesn't have PHD's in theology or Biblical studies. He is, in every sense of the word, a layman. With a gift for writing and a passion for the scriptures, his words are to be taken not on the basis of his prestige or reputation, but on the content and strength of his reasoning alone. Driven by a desire for truth, Nathanael has devoted himself to studying the Bible and early Christian literature. A process which has in turn led him to question some of the traditional teachings found in the mainline Christian denominations today. His hope is that through his writings he can create an open dialogue that will in turn edify as well as challenge his readers as they seek to establish themselves in the word of God.