by Mark A. Hunter 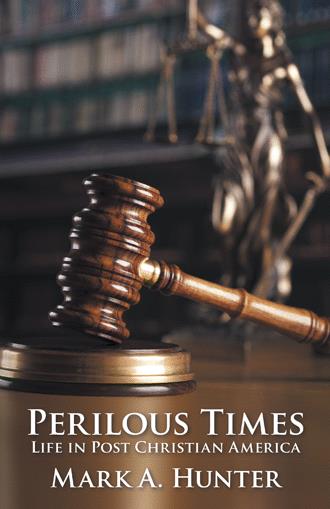 Allison “Allie” McAllister was eighteen years and seven months old. She was only five foot five at a time when the average height for women was five foot nine. Her red hair hung halfway down her back, and she had freckles and pretty pale-green eyes. The shade of Allie’s hair was commonly referred to as red, but most people thought it was closer to orange. Today was a special day for Allie: her high school graduation.

Allie McAllister had just barely graduated from Barack Obama High School. Allie was a good student, but her poor academic performance was a result of her avowed refusal to tow the line on the Common Core, evolutionist, revisionist, morally relativistic, politically correct curriculum. Thus, her schoolwork garnered her C’s and D’s, whereas most students earned A’s and B’s for the same quality of work.

Eventually, Allie had learned to couch the answers on her exams with such phrases as “according to the reading materials provided,” “Darwin’s theory proposed,” and the like. But even with these safeguards in place, Allie’s subterfuge did not go wholly undetected by her teachers. Near the end of her final semester, her advanced biology instructor, Ms. Nye, a tall, plump woman with long blonde hair, a round face, and eyeglasses, bade Allie to stand up in front of the entire class.

“Ms. McAllister, why must you insist on wording your answers in thoroughly ambiguous ways?” Ms. Nye asked.

“I have—er—relayed the information as it was taught to me in class, even going so far as to cite the correct sources,” Allie argued as she stood by her desk.

“As you always do, without fail. But I never quite feel that I am making an impression upon your misguided belief system. Dispensing information is not the only reason for education.”

“I’m sorry, Ms. Nye. You may be able to control the content of the material, but you cannot force me to believe it.”

“In other words, I can lead a horse to water, but I cannot make her think.”

This play on words garnered some guffaws from Ms. Nye’s biology class.

“If you insist on continuing to believe in fairy tales rather than in empirical scientific data,” Ms. Nye said with a sigh, “then there’s not much more I can do.”

“Yes, Ms. Nye,” Allie answered. She always tried to be polite with people, even those with whom she disagreed.

“You may sit back down, Ms. McAllister.”

A relieved Allie complied and took her assigned seat.

Perilous Times presents a nightmarish vision of a post-Christian America. In part 1, Defendant of the Faith, protagonist Allie McAllister is arrested and tried for proselytizing the Christian faith. In part 2, Allie and her husband Jack are put on trial for ‘child abuse’, and for teaching their daughter, Josephine, information contrary to her public school education.

Mark A. Hunter is a graduate of Grace College of the Bible and is an Elder of Twin Valley Evangelical Free Church. He lives in Bellevue, Nebraska with his lovely wife Lisa.