Honor God with Your Body 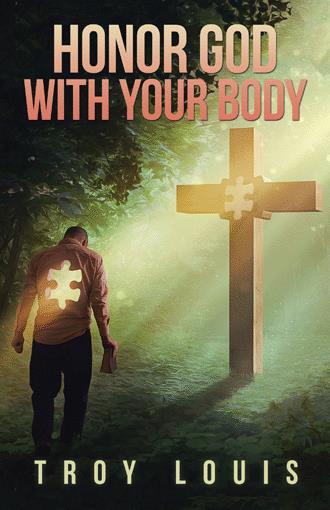 God designed our bodies to be used by Him and Him alone. But it doesn't mean to be alone or isolated from the world by no means. Genesis 2:18 says it's not good for a person to be alone. When life and people disappoint us, it brings a great idleness in our lives. Wanting to be alone more and more often. Trying to find an escape from people and life disappointments. Sometimes it brings our minds to a standstill, stuck, wanting to stop life. We have a word for this. It's called, well it's very common, familiar and popular. No one likes it. You might call it death, but most people call it depression. But it doesn't start their and it doesn't have to end their. There is an escape from depression with God. See depression can come gradually or at any given moment. From a relational break up, loss of job or any unexpected setback. Other reasons people fall into depression that leads to an self world lifestyle is bullying. Its number one on the chart for young boys and girls. It destroys not just the victim but the culprit as well, because they're insecure in their self and in need of attention desperately. Hurting inside and needing someone else to hurt as well. Illness, loss of a love one, peer pressure, chemical imbalance and believe it or not, social media are just a few reasons why some people falls into depression that leads to a self world lifestyle.
Coming home from work, school or maybe a sport event that you participated in. Coming through the door, going straight to your room, shutting the door and locking it, even though no one's home and hoping that no one calls. Just wanting to be alone mentally and physically, because you feel alone even though you just came from a place with a crowd of people. Emptiness, no acceptance in our minds. Probably because of living life with no purpose. What do we think people do when they are alone and vulnerable? We can use our own imagination. Ten years ago most people self medicate in different ways to ease the pain of emptiness. Now these days we have a new world that came to pass. A world that has life, excitement, full of entertainment. A place where people except you even if they don't know you or even have seen you. Someone might say, wow, can this be the cure for all of my insecurities and loneliness. What an opposite change. From being surrounded by crowds of people and feeling alone, to being around no one and feeling more popular than ever. Just me myself and O yeah a nice computer. But these days probably a cell phone. Something I can turn off and on. Talk when I want, say what I want, to the world of the unknown. A place where anything goes in a place that's called self world. Some people are on their computer for five hours a day and some ten hours a day or longer, sad to say. Now we know computer's are a great tool for lots of great things in life, which is good. But it also has a dark side to it as well. As a matter of fact this is where things happen when no bodies looking, with a do not disturb sign on the door. It's like a buffet, all you can see or do, with no one physically in sight. See self world comes with a promise that never comes to pass. Excitement for a little while. Pleasure a short time. The people you thought you knew eventual disappears somewhere in the computer of the unknown.
Self world is a place where people go when they want to escape the real world so they can live in a unrealistic self world. Do you find yourself desiring a self world? Because of disappointments from others humans and even your self. Well self world is not the place to go because it can bring high expectations that leads to many disappointments. Ask God to send you a friend that loves you and care about you. A physical person not a computer. A person that will listens to you, and that can give you great counseling if needed. Someone that will build up your character and self worth.
Don't feel alone, self world is active everywhere. Just go to a restaurant, ball game or sadly to say even church. What are most people looking at most of the time. You got it, their cell phones.
Like we said earlier, God didn't design no one to live alone, but to be a person of community and to be an asset to others. To make a difference and make the world a better place. Yes we definitely need some me time from time to time, but just to regenerate enough energy to go out and face the world with boldness and confidence and love.
Colossians 2:2 says. My purpose that they may be encouraged in heart and United in love, so that they may have the full riches of complete understanding in order that they know the mystery of God, namely Christ. 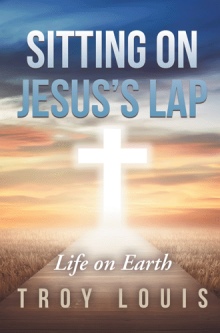 The book “Honor God with Your Body” is a book that helps the reader to know who they really are apart from who they may have tried to be. God has freely given everyone everything they need from birth and His desire is for us to use our talents, gifts, and abilities to our highest potential. To live a life free of comparing and trying to be like someone else. People may seem perfect on the outside but in reality they may be miserable on the inside behind closed doors. This book is designed to protect you from you and other bad advisors. To put the joy back into our minds about ourselves, so we can love ourselves again!

Troy Louis the author of this book, “Honor God with Your Body”. A person that loves to encourage, loves to give to anyone a Godly solution to the problems that someone might have in the present time of their lives’. Writing is another way that Troy encourages and influences the people in and around his life. Most of his life he never had an interest in reading much less writing; however, in this season of his life God has put in Troy a desire to write and share with many God’s revelation and truth of life experience. In writing his second book, Troy wanted to share the Lord’s inspiration “ Not knowing my future in writing but definitely embracing it in the moment” the belief in chasing a passion with all of a person’s heart and soul with the Lord at the center of it.