Faces in the Congregation 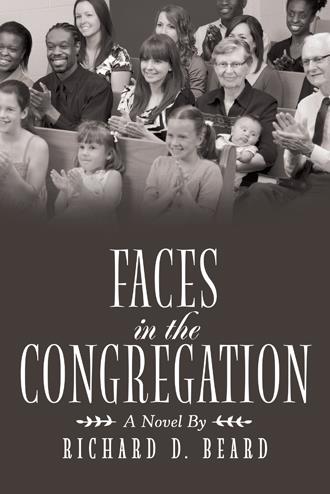 Recently I returned to my home city. The job that took me away when my kids were still in school now brought me back temporarily. I had been back before, but I had never returned to the old church, or at least what's left of it.

All that remains is the Education Wing, and it is boarded up and surrounded by a chain-link fence. Where the sanctuary used to stand now is a charred heap of rock and muddy slime. Vandals had burned it down.

It is cold, rainy November. The mature bare trees seem to stand around in disbelief. Framed by the gray wool sky they seem to spread their arms in exasperation as if pleading for the return of the crowds, the joyous weddings, happy music echoing out of the open windows on warm Sunday nights, even for children to climb on them again.

The chain-link fence looks so menacing with the cold raindrops on it, and the sign about trespassers being prosecuted seems ironic when I think about all the ways the old folks used to try to get people to come onto this place. As I looked through the wire I realized that I couldn't even walk around in there; the cold fence became a border blocking me from returning not only to the site, but so it seemed to a better time. It was a time when church people called each other "brother" and "sister", when people had time to kneel in their pews, when they led the singing by waving their hands as the pianist played, before the use of accompaniment tapes.

In the mid '60s I began to hear talk about the neighborhood "going downhill". Following the usual political upheaval, the Board finally succeeded in moving the church way out to the West County, almost all the way to the river. Some went along, some did not. New people came, some stayed, some left, others came and left, some died, some had children, and I drifted out of town with my job.

I began to see the faces in the congregation that I had known over the years at this place. I began to hear their voices, some from the present, many from other times over the past forty years or so. Some spoke about others, some about themselves.

Awe-struck and bewildered by what I saw and heard, I seemed to gain a new perspective, but then, was it a new perspective? Or, was it just a new searching to know more about the heart and mind of God himself? Because you see, the faces in the congregation told me that many people who genuinely search for God gather in places such as this place used to be. But God, for whatever reason, allows lackeys from the dark domain, that murky demonic realm, to gather here too. These legions of demons use circumstances, relationships, rumors and even the utterances of well meaning but misguided believers to try to block our seeing and hearing about the real God. Some are victims of this, but those who genuinely search for God find Him in spite of it all. It seemed to me that “all hell broke loose” against this place, but that the amazing grace of the Creating Father overcame it anyway in unexpected ways, over a long period of time, through unexplainable events and happenings that the old trusting pioneers might not have understood if they were still around. I included names when I knew them, but mostly I just tried to report what I heard and remembered.

Upon returning to his childhood church he envisoned faces of people that he knew there. He walked away with a renewed faith in God and his sustaining care for each of us through the seasons of our lives.

The author was the son of a single mother who regularly attended a conservative protestant church. As he went away to college he embraced the liberal agenda and lifestyle there.