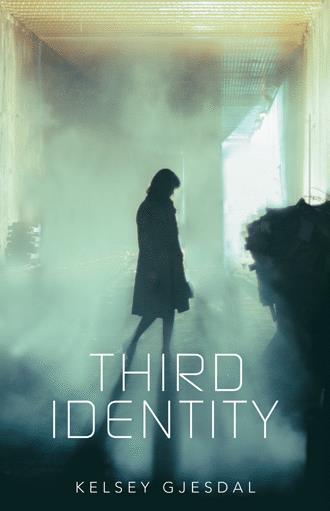 “I don’t see where Mr. Brian keeps these documents!” I cried, searching frantically through the drawers and cabinets.

“Look at the walls. Are there any cracks or uneven spots that could possibly be a hidden safe?” Jason suggested.

I ran my hand along the wall, feeling for any change in the surface.

I continued running my hand along the wall—nothing was there. “That didn’t work. Maybe this theory was wrong,” I said, pulling at my wig in frustration.

I pulled a chair under the vent and then grabbed the vent cover. It had slid under the desk. As I grabbed it, I noticed that the floor under this part of the desk wasn’t the same as the rest.

“Wait a minute. I think I’ve found it!” I cried excitedly. I felt along that portion of the floor and found an indent. I tugged at it, and the box slid up out of the ground. “Yes! This is it!” I told Jason. The safe needed a code to open it. I began typing in all the usual codes Mr. Brian used.

“Hurry up! The guard is swiping his card in the door!” Jason said. “You need to get out of there!”

“Not without those papers,” I replied. I grabbed the chair and pushed it under the doorknob.

“That chair isn’t going to keep the guard out for long,” Jason warned.

I ran back to the safe and tried a few more codes. I could hear the guard banging on the door, trying to get in. “You’ve only got a few seconds before that door opens!” Jason yelled.

“One last code,” I whispered to myself. I typed in Mr. Brian’s first name. P-A-T-R-I-C-K. There’s no way he’d do something that easy, I thought, and I stood up to leave. Suddenly the safe’s door swung open. 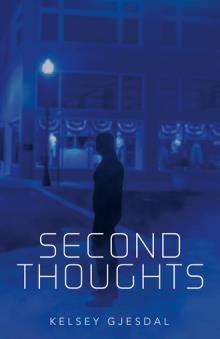 At eighteen, she’s a top notch secret agent, and her life is going exactly the way she wants. She goes by different names—Mariah, Amelia—and, using makeup and wigs, changes her appearance at will. Now, she works as a double agent, living a life of lies and even going so far as to blame innocent people for her infractions to avoid detection. Somone out there knows her real name, though.

She was born Rebecca; she was also born a twin. She hasn’t seen her sister, Sarah, for a while, so Rebecca is understandably surprised when Sarah calls asking to see her. They slowly rekindle their relationship, Rebecca always maintaining her carefully protected cover. Soon, though, she wonders if Sarah might be up to something.

With Sarah’s arrival, Rebecca’s discreet, orderly life changes. Everything starts going wrong. As Rebecca struggles to keep up her false identities, she begins to question her actions. Should she continue to ignore her morals in the name of excitement, or is it time to fight for what she knows is right? Changing her lifestyle means destroying the evil she has unwittingly created and earning the trust of the people who really matter, but she might be too late as past indiscretions come back to haunt her.

Kelsey Gjesdal grew up creating storylines for imaginary games with her siblings and eventually began to write them down as novels. Along with writing stories, Kelsey enjoys composing and playing music, drinking coffee, and studying the Bible. She lives in Albany, Oregon.