God is thinking about you more than you think 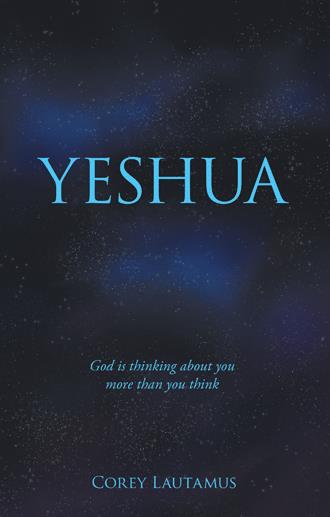 There is something else that should be pointed out here. Yeshua wanted to be on the cross. David was really asking why God has forsaken him, he felt that God did not hear him at that point in time. Yeshua on the other hand was not asking why God had forsaken Him because Yeshua did not want to be delivered. That is so beautiful it needs repeating: Yeshua did not want to be delivered from the cross, therefore, He did not feel, think or ask God why He has forsaken Him. So why is Jesus saying this? To cry out the prophetic Scripture and that David’s prayer for deliverance has been heard. David on the other hand wanted deliverance and He got it. Is that not so wonderful that David’s cry was heard. He knew Yeshua was coming as it is stated in Acts 2:30, 31 saying, “Therefore, being a prophet, and knowing that God had sworn with an oath to him that of the fruit of his body, according to the flesh, He would raise up the Christ to sit on his throne, he foreseeing this, spoke concerning the resurrection of the Christ, that His soul was not left in Hades, nor did His flesh see corruption.”

If Jesus did not want to be delivered why would He say, “You are supposed to deliver Me…” or something to that effect. If you say to God that He has forsaken you, you feel abandoned, left alone, left to suffer and so on. We know that Scripture has documented that Jesus had the strength to do what He did because God was with Him. So it becomes very difficult to believe that God had forsaken Him when Scripture states the contrary. Jesus taught in the Gospels that a grain of wheat must die to give other grain and this analogy was signifying His death. Jesus did not want to be delivered; David wanted to be delivered and for good reason as David knew that God’s deliverance was necessary. This is what causes someone to be “a man after God’s heart” as it is not living a perfect life that such a statement is given to someone but it is knowing who God is and what happens if He is a part of your life.

There are very few books with this point of view. The meaning of Jesus words in Gethsamane and on the cross have a powerful perspective. People believe what they think the meaning of these words are but those beliefs are not in correlation with who Jesus is. This book has explained in great detail what the words that Jesus spoke in the garden mean. Not only explained but Scripture has been given to document these explanations. Do you know the power of Christ, do you know how He used His great power? You will be strengthened in Christ by reading this. You will also see Him more powerful, more loving, and be in awe of His magnificent, adoring, wonderful will and focus. Jesus is very God and very human all through the Passion. We have documented from the Bible that Jesus will be discouraged, not in the crucifixion but upon His return and why that is. We have documented as well that God and Jesus were not sepearated at all but that Jesus did what He did “because” God was with Him.

Corey has the gift of exegisis, that is, to follow the Scripture and give it meaning. He has a passion to help people understand the Bible. He has a B.A. in Christian studies and has taken some Masters level courses in Old Testament.