In the Spirit of Sonship 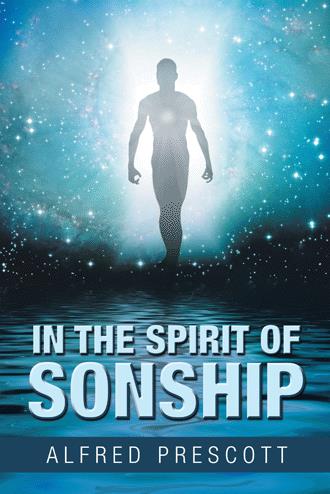 Before everything in the physical existed there is Spirit. An entire universe made up of planets, stars, asteroids, and nebulae was conceived and birthed out of the divine purpose of a spiritual Creator. In the superiority and excellence of Spirit, Almighty God was preexistent before all things that presently stimulate our physical senses and infinitely existed in a time that cannot be measured by conventional means. For the allpowerful I AM has no beginning.

Everything, other than Almighty God, whether spiritual or physical, has a beginning (Genesis 1:1). This Supreme Being has no starting point or date of birth, for the Creator is infinite and does not need a place or specific point to occupy or control His existence or being.

This puts Almighty God in a unique position of being self-sustaining. Everything else that exists depends on and needs some other entity to sustain its existence and as a counterpoint so that it could be identified as a distinct element. Only God alone does not depend on these interrelationships to maintain HIS personality, character, and uniqueness. But because this God is FATHER, HE has exercised HIS gracious nature in bringing other creatures into being, in the spirit and in the physical, in order that these other elements could share, be an integral part of the whole, and enjoy existence through and by the Spirit of life.

It was always the eternal will of the Father of all creation to bring into being a SON. This SON, being a fully integrated creature, is comprised of the First begotten Son of God, Jesus the Christ (Hebrews 1:6), as the Head, and mankind, the sons of God on the Earth, forming the body. Through this supernatural intimacy, mankind was preordained to have an eternal connection with Divinity and via this spiritual arrangement, was assigned to rule and take care of the Earth, as a spiritual ambassador of Heaven.

Based on the will of a purposeful Creator, all of humanity’s history and development has been a Godly orchestration to bring mankind to a condition of perfection.

Man’s destiny is forever set in the heavenly decree, at the beginning:

“And God said, Let us make man in our image, after our

likeness: and let them have dominion over the fish of the sea,

the earth, and over every creeping thing that creepeth upon

It was always in the destiny and purpose of creation to have an intimate amalgamation, between God, the Creator and man, conceived and developed through the direct involvement of Almighty God, in the terrestrial affairs of humanity. Mankind’s eternity is linked to his true existence as a son of God.

The sonship of man is the pinnacle of mankind’s existence but human beings have preferred to settle for a mediocre, pseudo-spiritual existence to hide behind their distaste for total submission to the Spirit. A part time approach to spirituality is preferable to most people. Any concept that would accommodate an occasional token prayer or an infrequent church visit but does not intrude too much into the general lifestyle of the practitioner would be readily embraced by most human beings.

These man-made institutions are perfect for hiding as they give the deceptive appearance of some formation of spiritual activity, however inadequate that may be, but does not foster total commitment to the ways of the Spirit.

But as the internal, immaterial presence cry out for a more meaningful connection, mankind must know that these hiding places cannot provide adequate cover from the Creator, as the trees failed in Adam and Eve’s case [Genesis 3:8]. The eyes of the Lord can penetrate every man-made structure, every pseudo-spiritual activity, every shield man could erect, for HIS spiritual eyesight can dissect every layer of mankind’s defenses even down to the spirit/soul.

A very poor decision followed by devastating actions in the Garden in Eden had initiated the development of Almighty God’s eternal plan for mankind to unfold.

Even though these actions by the first couple had led to the curtailment of the Holy Spirit from preeminnt and indwelling participation in mankind’s life, which adversely affected his role, purpose, and identity as a son of God, through a Godly orchestration, all things would lead to the fulfillment of humanity’s perfect future.

God is developing one family of spirit-beings in order to establish the supremacy of the Spirit realm in the physical realm and to eternally influence the development of all living things, under a spirit of sonship. It has always been about the SON. The Creator had so ordained that everything must revolve around the SON. Everything was created for the SON.

Mankind, in spite of his imperfect beginning, in the Garden in Eden, was always preordained to be an integral part of this eternal sanctification and glorification process.

From the outset of the Divine declaration “Let us make man in our image, after our likeness…”(Genesis 1:26), Almighty God has always been in control of all things so that in the end of times, the Perfect SON would emerge to exercise HIS God-given authority over the earth.

This book debunks the popularly held views of religion and highlights the true relationship with Almighty God as in a father-son relationship. Many erroneous teachings are explored, and several biblical truths are enunciated by examining the true purpose and makeup of the kingdom of God on earth, mankind’s true spiritual identity as a son of God, the oneness and sameness of the one body of Christ (its makeup, potency, and role in restoring God’s will for all of creation), and the divisiveness of religion, which is deliberately created by a worldly system.

Alfred Prescott was born on the island state of Trinidad and Tobago, the most southerly isle of the archipelago of islands that make up the Caribbean. He is the only boy child of parents: Alfred Rogers and Velma Prescott, having two sisters: Donna Lyder and Marilyn Williams.

For the first ten years in the lives of the young Prescott siblings their religious upbringing was traditionally fashioned after the Anglican Catholic trend of the late 1960’s and early 1970’s on many of the islands of the British-influenced West Indies. His mother, as so many mothers of the era, insisted that her children become active members of the nearby All Saints EC church. Alfred distinctly remembered the pride etched on his mother’s face when she learnt that both he and Donna were accepted as members in the then famous All Saints choir.

The religious atmosphere of the Prescott household, however, was changed forever when, in 1972 or 1973 Alfred’s mother was introduced to Nicheren Daishoshin’s Buddhism. With unbridled passion, Velma embraced her new found faith and made sure all of her children, particularly her only son, Alfred, were indoctrinated into the many chants and rituals of this Eastern religion.

Even at a young age, Alfred never liked the practice. With his protest of the annoying sounds of the constant ringing of the gong and the smoked filled rooms caused by the burning of incense, a point of contention was created between mother and son. Even though, Alfred studied all of the literature of the Buddhist belief, he never embraced the religion as had his siblings, who continue the practice to this day.

In 1986, Alfred met Sharon Jordan and in the following year they became husband and wife. This proved to be significant because it not only resulted in three beautiful children: Tricia, Darren and Stephen but 1998 Alfred accepted the Lord, Jesus Christ, into his life, as his wife had done seven years previously. They both became members of a full gospel, spirit-filled, talking-in-tongues, Pentecostal-type church.

In 2007, Alfred and his family moved on to fulfill the will of their heavenly Father with the “Sons of God Fellowship”, a non-religious, non-denominational church which is dedicated to unifying the global body of Christ through Spirit- led, kingdom-of-God spiritual activities.

Alfred continues to grow in his purpose in the kingdom of God and has been anointed to write two books on spiritual matters. The first book “The Fatherhood of Almighty God” was published in 2012 and this present literary contribution, “In the Spirit of Sonship”, will be the second in a long line of books that may bring edification to the global body of Christ.