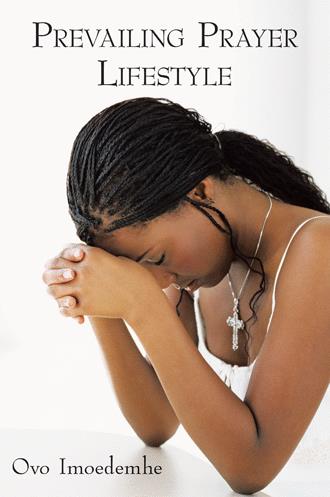 One way to be discerning in prayer is to ask the Lord to help us. Too many times we have too many prayer points. It is not what we bring to God in prayer, not our many prayer points but what the Lord prompts or inspires us to pray about that matters. I am not discounting having a list of prayer points. We could have prayer points but at the same time we should be open, sensitive and be willing to promptly obey the Holy Spirit when He inspires a prayer that is not on our list. Let’s allow Him to disrupt our list because if all the time we pray, we already have prayer points that we must stick to, then we will remain limited and cannot pray with discernment and enforce heaven’s agenda on earth.

There are several instances in which the Lord has helped me to pray with discernment and it happens when I say to the Lord ‘I don’t know what or how to pray, Lord teach me, reveal to me what you want done and what you want me to pray about’. Sometimes, He tells me to pray for cities and situations I had no idea existed, sometimes He tells me to pray for somebody and most times He does it by showing me pictures. I believe these are the most effective times of prayers I have had, and I am immensely grateful to the Lord because it is as He wills, it is entirely His prerogative to reveal per time.

Long ago, while coordinating a prayer session on a Friday evening, the prayer time had ended, and we had come together to hold hands in a cycle and to share the benediction when suddenly the Lord showed me a picture of a little boy who was about 5 years old at that time. On this little boy’s forehead was the number ‘17’ and the word ‘insanity’. Immediately, I saw this divine picture, I requested everyone in the prayer meeting to pray in the spirit for a while. While we prayed in the spirit, the Lord brought an understanding to me that we should rebuke the spirit of insanity from that boy, because apparently the devil had planned to plague him when he becomes 17 years old.

If we had put the issue aside, said the benediction because time was far spent, we could have recorded that we went for prayer meeting that evening but in heaven’s agenda perhaps this little boy’s issue was the only prayer that the Lord needed us to tackle. Glory to our God who sees and knows our days and years long before we were conceived and who by His mercies reveals to us per season what is most important to pray about. The Lord wants to reveal to us where or when the devil is planning perversions in our lives, the lives of our loved ones, in His Church, in our cities and nations of the world and prevailing prayer with discernment is the awesome opportunity to partner with God to avert such perversions.

Also, a few years ago, while at home preparing for a prayer meeting in church, a picture of a child picked up by a teacher in his school was shown to me. Shortly afterwards the teacher put the child down and I noticed that the child’s legs had been terribly twisted. I was so shocked and wondered why the child’s legs were so bent and I asked what had happened. The Lord said to me to begin to pray for our children against any perversion, derailment and distortion of their destinies. For while we send them to school with the innocuous belief that they are being taught and trained in the regular approved curriculum, certain philosophies and doctrines may be inculcated in them, thereby derailing their destinies. We did handle this in our prayer meeting that evening at my local church AGP and a few times afterwards. It was shortly after this that all of the changes in the education sector in the UK, which purport to teach relationship education, transgender fluidity, same sex marriage in schools began to shore up. Thank God for discernment! We know that since God inspired us to pray we already took care of it in the spirit realm. Although we continue to pray for God’s will to be done in every sector, especially the education sector both in the UK and all the nations of the world, discernment will help us to pray proactively rather than reactively.

When next you want to pray could you just ask the Lord what He wants you to pray about? You will be amazed at what He will tell you! Sometimes, He may not say or show you anything and if that is the case be happy to just worship Him and be sensitive and spiritually alert. The only way we can pray with discernment is when we pray in the spirit and when we come asking the Lord i.e. when we truly wait on Him like a chef or a waiter waits on us when we go to our favourite restaurant to have a meal.

In addition to the distinctive characteristics of intercessory prayers, which include selflessness, identification, persistence and discernment, Bible describes the intercessor as a watchman and a watchdog. This means that we must be able to see into the realm of the spirit the direction that our prayers should take per time. As ‘watchdogs’, we should also be able to ‘bite’ and not remain mute. Referring to Jacob, Isaiah prophesied that although hitherto, Jacob/Israel had been perceived as a worm that God has made him a new sharp threshing instrument having teeth. We are God’s ‘Israel’ in this dispensation. Therefore, God says He has made us new sharp threshing instrument with teeth to thresh the ‘mountains’ and ‘hills’ symbolic of challenging situations and make them small, null, void and of no effect. Whilst the tongue and teeth are vital organs in the mouth, they carry out distinct functions. The concept of the ‘teeth’ refers to enforcing God’s mandate on earth, which as we noted earlier involves some amount of force. Matthew 11: 12 says that since the day of John the Baptist the Kingdom of heaven suffers violence and only the violent takes it by force. Praying with discernment helps us to be effective watchmen and watchdogs that can see and bite.

Prevailing Prayer Lifestyle is a great addition to the volume of literature about prayer. Quite honestly and arguably, believers pray. There seems to be no other time that believers have prayed more than in this generation, yet the Lord is calling for more prayers. This addition essentially encourages believers worldwide to continue to enforce God’s will and superimpose his original intent for creation. Accordingly, rather than being reactionary in prayer (i.e., being prompted to pray when unsavory situations occur) and rather than being provoked to anger by obnoxious laws, believers should engage the seven P words to prioritise the place of prayer, take the appropriate posture, be precise, be purposeful, be persistent, and be proportionate in prayers. While the proof of prayer may be in the answers and the physical manifestations of the things we pray about, Prevailing Prayer Lifestyle is a continuum, ad infinitum.

Ovo Imoedemhe has a PhD in law. She is a mentor, a life coach, and she loves God. Her passion is reflected in this book where she asserts that ‘Your Kingdom come Your will be done…’ gives every believer in the Lord Jesus Christ a divine mandate to enforce God’s will on earth. Believers have the obligation to ensure that what happens on earth aligns with God’s original plan and purpose and this they can do by engaging in prevailing prayer as a lifestyle. Ovo is a member of The Redeemed Christian Church of God – Amazing Grace Parish Leicester United Kingdom where she actively participates in the prayer and worship ministries, both of which are her ardent passions. Ovo’s passion dates to the 1990s at the Pneuma Force Foundation Ministries – Glory Pavilion Church Benin City Nigeria. She is married to Walter and they are blessed with three lovely children to the glory of God.