Calling from the Sky

A Novel Inspired by True Events 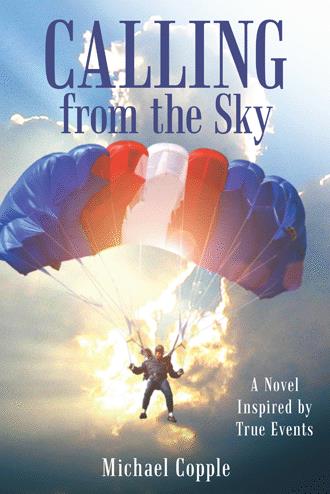 Six weeks after Luke made his first freefall, he went up for his twenty-fourth jump. It was his third jump of the day, and it wasn’t even noon yet. He’d used the club equipment for his first two jumps, trying to make as many lifts as he could without being delayed by the time it would take to repack. For this third jump, he wore his own new rig.
That crisp, cool Saturday in November, he exited the Cessna from 4,500 feet above the Sumter, South Carolina, airport for a fifteen-second freefall delay. The overcast ceiling didn’t allow enough altitude for relative work with other jumpers, so Luke was alone this time. He jump mastered himself, exiting the aircraft over the west end of the runway.
Initially, Luke maintained heading with the westbound Cessna as he fell away, then completed a 180° left turn facing back toward the drop zone. He enjoyed the feeling of the increasing wind as he approached terminal velocity in the first twelve seconds. His speed settled out at about 120 mph three seconds before he reached for his ripcord with his right hand.
Luke bent his knees to relieve some of the wind resistance on his legs, resulting in “standing up” head high at about a 45° angle for the opening. This was a common tactic to reduce the opening shock. Instead of the body swinging through 90° when the canopy pulls the jumper upright, only half of that angle is brought to bear upon the parachutist’s body when in this head high attitude.
An instant later, Luke was prepared for the jolt, but he was in for the startling alarm of his life.

* * *
The previous day, Friday, during lunch hour, Luke packed his modified 7TU parachute in the parachute loft on Shaw Air Force Base. He’d bought it only two weeks before and was as proud of it as the big guys were of their competition Paracommander and Papillion canopies. Luke’s canopy was an outdated military pilot’s emergency chute, a twenty-eight-foot round circular, with four colors: orange, white, brown, and olive drab. The club and its members purchased these canopies from the US Air Force before the materials were sent off to the salvage yard for shredding.
Since most of the rigs were identical, Luke had his nametape sewn onto the container.
Halfway through his packing, Brian said to him, “Hey, Corbett, you ready to break for some chow? That new parachute of yours will still be there when we get back. Finish it after lunch.”
“Sounds good to me. I’m hungry.”
“I’m going out too, but I need to run some errands. See you after lunch.”
The Air Force collaborator Green, Howie Carlson, and their parachuting counterpart had coordinated a visit to Shaw AFB, South Carolina. Green smuggled his comrades onto the base in the trunk of his car. Once they were on the air base, they found the parachute loft door lock simple enough to open. It was a four position dial combination lock that needed the numbers set to center to open it. It’d be easy enough for anyone to learn these lock combinations, because normally the person who opened the lock would simply leave the numbers exposed and not roll them off until time to relock it. Walking past the door and glancing at the lock would immediately reveal the numbers. Of course, not even this would be necessary if Green already knew the combination to the lock from an inside source.
“We need to hurry here. Lunch break usually lasts for only about half an hour.”
“This will not take very long,” said Howie Carlson’s skilled parachutist comrade in his heavy Russian accent. “Look, here is Sergeant Corbett’s private equipment stretched neatly out on the packing table. How convenient!” The harness had a nametag reading “CORBETT” sewn onto the nylon material.
“He’s already pulled the sleeve down over the canopy and stowed the first two suspension line locking stows. This is perfect!”
“Here is what we will do,” he smiled as he started working. “Watch this. I will just unlock these two stows temporarily, pull the sleeve back up to expose the canopy, and invert about seven or eight of the twenty-eight gores. I will wrap the tails of these inverted pieces of fabric with a half twist of tightened suspension lines. The locking flap will hide whatever changes we make, and it will look exactly the same as he left it. When Corbett pulls his ripcord, the pilot chute will extract the sleeve off into the wind, and the lines and canopy will be stretched, resulting in higher tension on these cords that are tied around the bottom ends of the inverted gores.” The Russian parachutist paused to admire his work, then continued, “There, all is set. Now, we pull the sleeve back down, covering not only the canopy,” then, slowing his words to a distinct shrewd tone, “but also our sly deed.”
Once the sleeve was in place the expert told his appreciative audience, “We will lock the first two stows of suspension lines on the sleeve, making it appear just like it was when we found it, and it will look like nothing was ever touched.” When he finished he proudly exclaimed, “If this parachute opens, it will be a miracle! Now, we must get out of here!” The three men left, chuckling quietly, but the big smirks on their faces suggested hoots and cackles.

* * *
Falling at 120 mph through 2,500 feet, Luke braced himself for the opening. The pilot chute extracted the sleeved canopy and suspension lines from the container as expected. However, the chute did not blossom open. The material above Luke did nothing more than lightly raise his body upright. The wind was ferocious. He was still falling at over 100 mph! 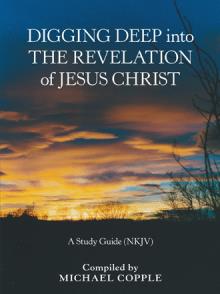 Digging Deep into the Revelation of Jesus Christ
Michael Copple
$13.95 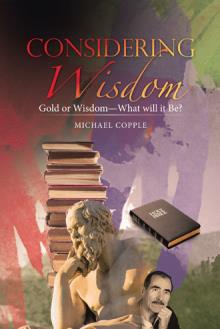 When Luke Corbett, the high achiever, star miler, and Eagle Scout, joins the Air Force in 1961, he has no idea of the dangers that await him. Overly enthusiastic as a missile analyst, Luke unintentionally leaks classified information to Soviet spies. He reports the incident, setting off a chain of events that soon has Luke and his wife, Cheryl, in the crosshairs of a vengeance plot. His attempts to protect himself and his family launch him on a new career path. Yet, one day he wakes up to find himself strapped to a tree with his arm stretched out, his hand tied to a fishing line attached to his hair-triggered hunting rifle, aimed directly at his mouth. Isolated in the forest, will he be able to get out of this one alive?

Michael Copple’s life experience includes twenty-six years active duty in the US Air Force, nine years of which were overseas, including one year in Vietnam, and nine years with the Wings of Blue Parachute Team at the U.S. Air Force Academy. From 1983 to 1986, he was the Superintendent of Parachuting Operations at USAF Academy. He accumulated 2,000 parachute jumps and fifteen hours of freefall, and he earned jump wings from six foreign countries. Mike obtained the highest enlisted rank of Chief Master Sergeant. For the past twelve years Michael Copple, a permanent resident of Canada, has resided near Golden, B.C., with his Canadian wife, Elfriede. They both believe that the Lord Jesus Christ is indeed the Son of God, delight in reading and studying God’s Word, and enjoy cross country skiing, and running every morning with their dog “Kansas”.