A History of the Early Church 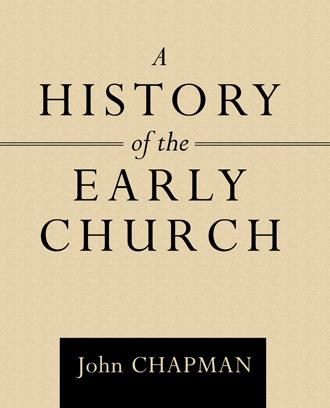 There are three concepts which always seem to get inextricably mixed up - they are faith, religion and culture. They are usually also overlaid by politics, but for the moment I will discount that.

Faith is a belief in something that one feels instinctively to be true but which can never be proven or disproven by scientific or historical analysis. To my mind when one sees a human being just before and just after death you cannot escape the conclusion that something has left the body. This I call the soul. This raises all sorts of different questions - where has it gone? Where was it before birth? Is there an afterlife? Then one can consider the question of God. Is there a God who is monitoring one’s every thought and action? Does he need placating or worshipping? Will he judge my life? There are no answers to such questions. one comes to a conclusion oneself and that becomes part of one’s faith.

Religion on the other hand tries to impose faith on an individual by defining ritual and indoctrination. Most religions start in the same way. A person emerges who sets out ideas and concepts, usually about man’s relationship with the gods or a God but then goes on to suggest rules of behaviour and conduct which, it is stated, will appease or appeal to the deity. Occasionally this person will write this down but more usually it is one of the followers who does the documentation in an attempt to perpetuate the teachings. A religion also often tries to offer an exclusivity to its adherents -’ if you conform you will go to heaven and everyone else will go to hell’ is the threat or promise which binds the group together.

The third element, culture, is a set of conventions which bind a particular group together. Usually there are strong family or racial connections between the members of the group and leaders often try to enforce religious practice and faith on all the other members of the group to establish a pecking order or social hierarchy.

I grew up accepting what may be described as an English culture with Christianity as my religion. My faith tells me that there is a God, who created everything and is omnipotent and that every human being has a soul which has a ‘state’ after death. It also tells me that there is no such thing as exclusivity and that all human souls will achieve this state. What exactly will determine one’s state is a matter I know nothing of, but rely on the love of God to determine.

Over the years as I encountered more and more denominations of Christianity and more and more religions, I grew more and more convinced that there can be no exclusivity for Christians, let alone of any particular denomination. It was inconceivable that a God of love could dismiss or exclude the many people I met or read about simply on the grounds that they had signed up to the wrong religion.

As a boy I heard many bible stories read to me and read many myself. It became apparent however that there were many contradictions and that the bible could not be an infallible source of truth. At an early age I was very much influenced by Freeman Wills-Croft who attempted to weave the gospel stories together to form one story. However he also brought out the point that there are many conflicting stories.

In later life my interests took me into politics and history. Seeing the way politics worked from the inside and reading about how different cultures and religions fought against each other over the centuries and produced propaganda to support their several causes, I began to try to repeat Will-Crofts exercise, but using the whole of the New Testament and the many other texts which have emerged from holes in the desert to secret places in archives. What I am trying to do in this work is to piece many different texts together to tell what I believe to be a more accurate historical account of Jesus’ life and the history of the early church. I had almost finished when I came across a book entitled ‘A History of Christianity’ by Paul Johnson, written back in 1976. He covers the whole of the period to date but does not include the actual texts, although he provides a long list of other sources. What he brings out however is the way the church emerges through a plethora of politics, argument and treachery, as the competing factions in Jewish, Roman and Greek society vied for supremacy. Let me set out up front what I believe the outline of the story is. This does not agree with any of the established histories although it echoes thoughts which have occurred and been documented and dismissed as fanciful or heretical over the years.

First of all I do not believe that Jesus was born in Bethlehem or that his family were paupers. It is my view that he was born in Alexandria of a wealthy merchant named Joseph of Arimathea and was given full access to the education that was possible only there at the time. It is not therefore very far-fetched to imagine that on an least one occasion Jesus travelled on one of his father’s trading ships to Britain so that the legends of Glastonbury are not as far fetched as is often made out.

The second strand revolves around Jesus’ early manhood. Alexandria was a major centre of the early Jewish diaspora and was predominantly Essene in character. The normal course of event for an educated Essene young man would be to go to the ‘headquarters’ at Qumran and further his education in the Essene culture. A tiny minority of such youth would become initiates to the Essene monastery which was obsessed with ritual cleanliness and a somewhat larger proportion would stay around Qumran to act as farmers and craftsmen to support the community, but the majority would move on to marry and develop Essene communities elsewhere, particularly in the Galilee region which was developing as the second largest centre of Essene culture.

This brings us to Jesus’ married status. We have to remember that in Jewish culture ’Jewishness’ is passed on through the female line. The idea that Jesus remained unmarried and childless would go against everything that Judaism sought to uphold. He would never have been allowed to speak in a synagogue or participate in Jewish society if he remained unwed. So I believe he married Mary of Magdala and that they had at least one child, John Mark. Her family came from Bethany where Jesus visited on many occasions.

The third strand concerns the events that followed Jesus’ death. During his life he had stirred up considerable controversy between the numerous Jewish factions and when he was crucified the Romans said that he had claimed to be ‘King of the Jews’ The Early Church

At the time Herod Antipas was King of Palestine and when sages came from the east enquiring about the ‘star’ (ie Jesus). Herod saw the Jesus movement as a threat to his throne and set about making sure that there were no follow on claimants. It is this that stimulated the persecutions and the flight to Egypt by Mary Magdalene with her family and subsequent move to safety in southern France.,

The final alternative strand sees the controversies between the several emerging Christian factions, torn between Roman, Greek and Jewish cultures. The Gentile (Roman and Greek) sides were promoted by Paul and Luke whilst the Jewish side was led by James. In both cases the message of Jesus was forgotten as issues such as circumcision and sin were hotly debated and the ferment in the Jewish community ignited into open rebellion against the Romans who effectively expelled the Jews from Palestine.

The History of the Early Church is an attempt to get behind the popular myths which have dominated church life for nearly 2000 years by bringing together accounts from the New Testament and a few other works which describe the same incidents from different perspectives and often distort the narrative for security reasons. He points out the anomalies and comments on speculations which now seem to have a sounder base than most theologians would acknowledge. The result will disappoint many fundamentalists who have used the most tortuous arguments to support their version of events. However the essential message which emerges is that God is Love.

John Chapman was born in Birmingham in 1935 but moved to the Cotswolds as a result of Hitler’s bombing. After graduating in Mathematics and Aeronautics from Southampton University in 1959 and learning to use a computer, he moved to Belfast for two years and then to Toronto. From here he travelled all over the woorld helping major businesses and institutions save money. He married Ann in 1966 and had three children and now seven grandchildren. He moved back to England and settled in Purley on Thames. Then for thirty seven years he represented his community on the local district council and got very involved with local and military history, being author or co-author of ten books and editor of several journals. His involvement with the church dates from earliest Sunday School days and later being a chorister and altar boy. He wrote the history of his local church spending large amounts of time in record offices and libraries.