by Cover design or artwork by Carroll Roberson 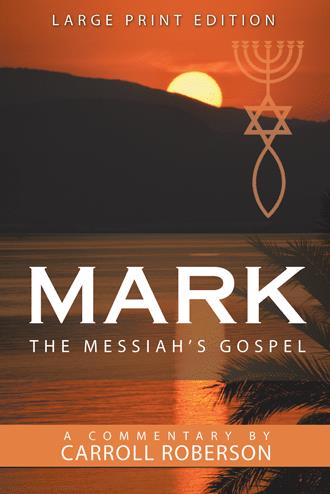 Mark the Messiah’s Gospel is just one of the commentaries that Carroll has written on the four gospels—Matthew the Hebrew Gospel, Luke the Lord’s Gospel, and John the Jewish Gospel. Mark, identified as John Mark in the New Testament, was writing through the inspiration of Simon Peter who had walked with the very Son of God and was the leader of the disciples. Mark was writing to the Jewish and Gentile believers in Rome. His gospel is the shortest of the four gospels and presents Jesus as Israel’s Messiah in a fast-paced, action-packed style.

Evangelist Carroll Roberson has researched the life and ministry of Christ from the Hebrew perspective for over thirty years. Carroll takes the Judeo/Greek text of the four gospels and uncovers the original Hebrew thought. His straight forward approach has helped countless people come to a greater understanding of the biblical Jesus. Carroll is also widely known for writing several hundred Christian songs. His weekly TV program “This is Carroll Roberson” that is seen on various Christian stations around the nation and overseas.