Encouraging Parents and Stepparents to Never Give Up 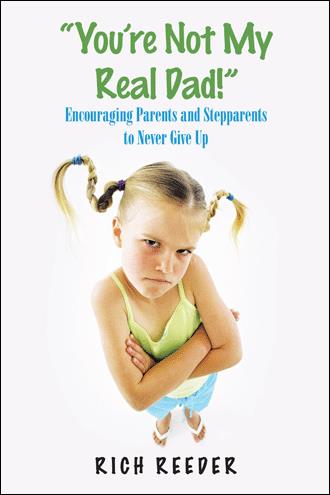 When they arrived, they found Megan hiding near her car. The drug dealers were nowhere in sight. The girls grabbed what they could from the car and sped off leaving Megan’s car behind.

Megan was mentally out of it again and needed help. Lizzie didn’t know if it was fear, drugs or alcohol that was making her act so strange. She decided the best thing to do was to call Connie and tell her Megan seemed to be out of her mind. Connie called friends in the medical field trying to find a place that could help Megan. She was referred to a rehab center in the country.

Desperate to help her sister, Lizzie and her friend began the hour and a half drive to get her to the facility so she could be examined and receive help. Megan was furious and was determined to escape. They were in the middle of nowhere when at the first opportunity Megan jumped out of the car and ran off. It was winter, 20 degrees outside, and all she had with her was what she was wearing and her cell phone. Her attire did not include a coat.

Lizzie was worried about Megan freezing but couldn’t find her. After an hour of driving around she gave up and came home.

After years and years of fighting, arguing, drug over doses and suicide threats we had no idea of how we could make it through the next day. We were being held hostage by my 19 year old step daughter who would threaten to kill herself if she didn’t get what she wanted.

We couldn’t just give into her nor could we not take her threats seriously. In the midst of yet another argument, she played the “I’ll kill myself” card again.

Being beyond the point of extreme frustration and hopelessness, I got up and walked calmly to our closet returning with my gun. I placed the gun in her lap, looked into her eyes and said, “Go ahead, just do it”. I promised her we would give her a nice funeral and take good care of her remains. I then said “just do it or shut up about it”.

She paused for a few moments and looked at the gun.

We were a normal middle class family living in the suburbs trying to have a regular life like anyone else. With years and years of fighting and battling, a normal life is one we didn’t know would ever be possible.

I was first a married guy without kids then a step dad and eventually a father. I have seen the effects of divorce from many angles and the toll it takes on entire families and the kids. I saw it in my own home in ways I would never have believed. Mix in some mental issues and it was a raging battle.

Having experienced all that, I want to encourage families to think hard about what a family breakup can do to the family at large. My hope is that sharing my experiences might help families stick it out and reap the blessing of not having given up.

Rich came from a variety of successful secular careers and a personal life focused on bodybuilding and spending a lifetime in the gym. In the midst of the trials and struggles in this book Rich's life completely flipped and he became an ordained minister with a Bachelor degree in Biblical Studies. He has served as a deacon, elder and pastor in local churches. He was inspired to develop and write for a website titled GroundsforLove.org which at it's peak was receiving 17,000 views per month.