by Terrence A. Harris 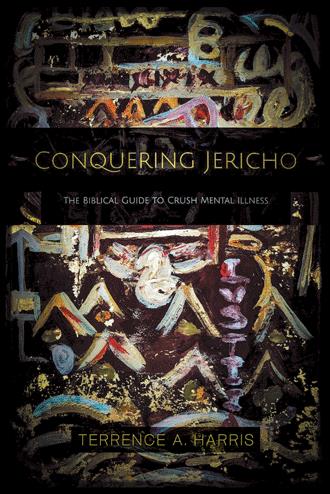 During my rejuvenation from mental illness, I had several places where God and I would hangout and meet. There were green parks and beaches I would visit frequently. I had several break locations at my places of employment. I established our time at certain art museums. I sought and still seek Him while up in the early hours of the morning when it’s still dark and it seems like everyone in the city is still sleeping. I draw near to God while painting biblical scriptures on my balcony. I pursue the sound and feel of His presence in my heart while creating music and a several other places if that wasn’t enough already. It’s not meant to come across as some sort of holier-than-thou boast. And it’s also not so much as just simply having different “hangout” places with God. I just needed to have my alone time with Him and to be honest, I still do. A taste of this peace; His peace and reconciliation took hold of my soul. It did not exist in anything, any place or anyone else, only in the son Jesus. And this was and still is “The Business”. When I found this treasure hidden in the field, I bought the field. It then became, in my heart, a necessity, to be crushed, transformed and renewed often without distractions in Christ, to see, know and take hold of the specific characteristics and promises of my Heavenly Father, His presence and His working hand in nature. All the while, I moved to perceive more clearly His atmosphere, past the natural atmosphere around me, to reside continuously on holy ground. And I sought and still do seek fellowship while witnessing His Word in life as being truth and alive. I know that was a bit much, so an example will always help. Take the beach for example that I love to visit and Sabbath at, especially in the winter months because (spoiler alert) no one ever goes to the beach in the winter, so you can hear everything in nature, including God speak in that still soft voice. When I’m there, I’m witnessing everything that God said was not made by things that were seen but unseen. Everything I see that is in regards to nature was created by the hands of God using spiritual material. The sand is the same material that God told Abraham his descendants will compare with numerically, as well as the stars in the sky. The beach waters are those that proceeded from the mouth of God in which also have been commanded to not surpass its boundaries of authority. The sun and the sunlight I see was designed by the hand of God to give physical light and has been commanded to rise and set in the proper direction at the proper time of day and season. The seagulls I see diving in and out of the water for the food of their choice at the beach are in likeness to the birds that Jesus taught us to examine when life tempts us to worry. Hopefully, you understand where I’m coming from. The point I’m making is this: as we began to draw as close as we can to God, everything we now experience in life seemingly points back to God and His word. I love these places because I could literally get lost in the Word of God, interpreting scripture, meditation, sometimes for hours, seeing the visions from God and fragments of His plans for my life. There is a particular kind of peace of God in these places that the soul desires more of and they cannot be purchased yet the places are intentionally chosen and freely available, (And no, I cannot share mines with you. You have to find your own. Just kidding… kind of). I even found myself preaching, teaching and ministering out loud in my space because the Spirit of God was overflowing in me, so everything had to come out. And the outpour filled the atmosphere. There was the late Dr. Myles Monroe who said, “The reason why they can’t find the Garden of Eden is because Eden wasn’t a place, it was an atmosphere.”

Conquering Jericho: The Biblical Guide to Crush Mental Illness is a testimony of the power of God through Jesus Christ to walk along your side mightily as He leads you through to victory over the present-day battles in our hearts and minds. We will discover that there are practical steps to take that will be beneficial spiritually, as well as spiritual decisions to make that will lead us to a restoration. The truth of the matter is that mental sicknesses and behavioral health issues are spiritual in essence, and the resources and arsenals that are needed to address these deep-rooted issues are through the love and truth of God’s Word and by the Holy Spirit of God.

Mental Illness and behavioral health issues are a major epidemic of our society. From the everyday-class citizen or person in life to those of esteemed prestige, the diseases such as depression, anxiety and panic disorder, psychosis, drug and alcohol abuse and even thoughts of suicide, are plaguing our lives and are showing no favoritism. In Conquering Jericho: The Biblical Guide to Crush Mental Illness, author Terrence Harris shares his testimony, the deeper roots of mental illness and behavior health issues, while exhorting and directing us to and through the One who led and loved him through it to overcome - Jesus Christ.