We Are the Wards!

A Legacy of Faith and Family 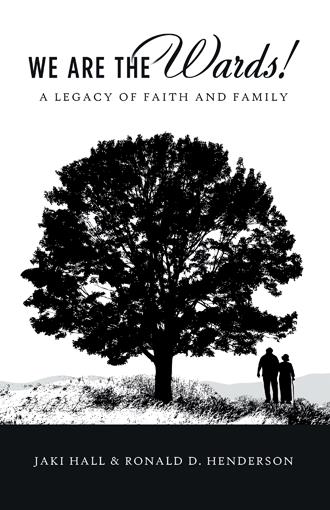 The descendants of Madison “Matt” and Ella Duncan Ward of Browns, Alabama, cover our family with the blood of Jesus Christ and lift the prayers of our ancestors, declaring that the children’s children to the millennial generation shall be saved. The strength of the Wards, as for most Black families since slavery, has been critical to each member’s surviving the degradation of that inhumane system, Post Reconstruction, the Black Codes, Jim Crowism and institutional racism.

In the African American culture, we continue to depend on the support of the nuclear and/or the extended family as our source of help and survival. Centuries ago, and even now, the Wards vowed not to let those heinous systems break our spirits and our familial bond, although we know that each generation will be bombarded with new challenges, new value systems and new lifestyles. However, the mature, experienced members are challenged to set high standards as great role models for each generation to follow. We are also called to pray without ceasing that, as our sons and daughters adapt to emerging trends, they will not compromise the Christian values Matt and Ella taught years ago.

Although colored folk wuzn’t ‘lowed tu marry doin’ slavery, these former slaves were issued an official marriage license by the State of Alabama on February 19, 1876 and married soon after. They had seven, possibly eight, children and settled in a community known as Dallas Field. There, they purchased one acre of land with a small wooden shack and called it home. Our fore-parents put down roots in the fertile black soil of the deep south, eight miles from Uniontown, Alabama, to establish what became the Ward compound, a cluster of four wood-framed homes located just across a dusty dirt road from each other.

Matt and Ella intuitively knew that landownership would confer on their family a measure of dignity, independence and security. They instinctively knew to give their children proprietary rights to the land like any other human being, white or colored. They indisputably knew that owning land was a sign of prosperity and the beginning of wealth-building for untold Ward generations.

By the grace of God, six generations later, the descendants of Matt and Ella Ward are among the most successful, most respected landowners in Alabama. The Ward name has always been spoken of with respect and dignity as generations of Wards navigated blatant racism in the Black Belt, holding their heads high, living with integrity, being trustworthy and setting high moral standards for the family. For many years, our family farm was identified as one of the top farms in the county, in fact, earning Clark Ward, Sr., the title of Cotton King of Dallas County because of his success year after year in ginning the first bale of cotton in the community. His son Clark, Jr., a consummate entrepreneur with a passion for farming that spanned 64 years, became the first in many things: the first Black man in the area to sell his produce to white grocery stores and warehouse in Birmingham, to white farmers markets and to privately-owned producers. He was also the first Black man in the county to own a black angus bull and the first to build a brick house that was fully paid for upon completion. And decades later, another cousin Pastor John Lee Ward was recognized for his many years of exemplary public service and political activism, when a street was named in his honor: 636 Rev. John Ward Road, Marion Junction, Alabama.

We Are the Wards! preserves this rich family legacy, inspires future generations as well as encourages other families to write the vision and make it plain… (Habakkuk 2:2 KJV).

The authors commemorate their ancestors, descendants, and heritage with honor as a memorial stone for their children and their children’s children so they will know from whence they have come in this family history.

That history includes Madison and Ella Ward, both born in the mid-1800s, married in 1876, and who raised eight children on one acre with one mule. They stood on their Christian faith and believed in God.

Through their love and strength of family, they survived the degradation of post-slavery America to prosper and become – six generations later – among the most respected landowners in Alabama. We Are the Wards! preserves the Ward family legacy, inspires future generations, and encourages other families to follow their vision.

The strength of the Wards, as for most black families since slavery, has been critical to surviving an inhumane system whose legacy has lived on via the Black Codes, Jim Crowism, and institutional racism.

While each generation will be bombarded with new challenges, new value systems, and new lifestyles, families can find success by refusing to compromise their Christian values – just like the Wards.

The Rev. Jaki Hall is an associate minister at New Shiloh Baptist Church in Baltimore, where she serves as president of the forty-member Ministers and Evangelists Council and teaches English in the Determined Biblical and Theological Institute. She also teaches composition and research at her alma mater, Morgan State University, having formerly taught at six other area universities. For nearly twenty years, she was a TV reporter, talk show host, and publisher of The Black Pages and Trés Chic Magazine.

Ron Henderson, Ph.D., earned bachelor’s and master’s degrees from Wayne State University in Detroit and a Doctor of Philosophy degree in educational sociology from Michigan State University. He taught sociology at the University of Florida-Gainesville for three years. He retired from the National Education Association after twenty-nine years as manager of the surveys division, associate director of research, and director of research. He previously worked for the U.S. Commission on Civil Rights in Washington, D.C., and the National Institute of Education. He is the author and co-editor of numerous professional publications.