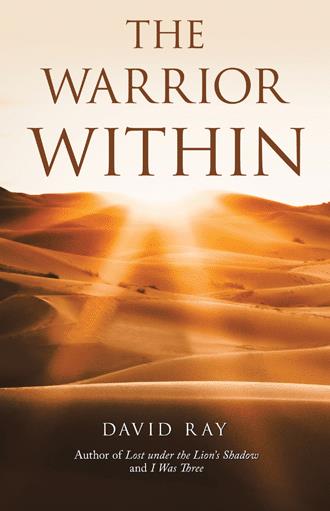 At 10:30, I rejoined Vicky in the hotel lobby, but she suggested that we move to the more private conference room. A few minutes before 11:00 AM, she loaded her laptop and entered in the appropriate code she had received from Melinda through Norma. I wasn’t sure how I was supposed to feel. I was excited that we might see Rebekah, but what if we did but were unable to buy her. I was as tense as a bow string.

A masked man came onto the screen and in French explained how the bidding would be conducted. Vicky was fluent in several languages including French, so she translated for me. The first auction was for a sixteen-year-old Brazilian girl. The screen cut away and showed the young girl. She was seated in a hotel room upon the foot of a bed. She was obviously afraid and confused, but completely unaware that she was on camera. She stood and walked back and forth almost like a caged animal just pacing across the floor. The bidding began. At the bottom of the screen the bids flashed. It reflected the amount of the highest bid in Euro, US dollars, Russian rubles, and the Chinese Yuan.

It was fascinating to watch the bids climb but horrifying to think about what it meant for the young girl. The bidding stopped at $10,000. It was impossible to tell from the screen who bought her or where she would then be transported.

The next subjects were a brother and sister pair, ages twelve and ten, from Spain. The thought of the process was nearly overwhelming for me. I had to look away. Then came a twelve-year-old girl from Burma, a fourteen-year-old girl from New Orleans, and then an eighteen-year-old young man from Uganda. The bidding never lasted more than a few minutes, and in an hour over thirty individuals or small groups had been sold.

Then the masked man announced that the next subject would be the last of the evening. I braced myself, but the subject was a young blond headed girl from Denmark. The bidding climbed quickly before topping out at $75,000. That was the highest sale price of the auction. Then the screen went black. Nearly a million dollars had been exchanged to purchased kids and young adults for slavery. I was relieved that it was over.

“We knew it was a long shot, but we had to be sure,” said Vicky. I was sick to my stomach. Seeing the actual victims of human trafficking brought it home. Knowing that Rebekah was out there somewhere made it extremely personal.

When Rebekah Dempsey learns that she’s inherited her uncle’s house and farm in West Plains, Missouri, she’s confused. She only met Billy Bowden once, briefly at her mother’s funeral ten years ago. Rebekah and her husband, Richard, a retired preacher, travel from their home in Kentucky to the small parcel in southern Missouri to handle the estate.

But as the two explore the property and talk to neighbors and townfolk, there are more questions than answers. Rebekah and Richard eventually discover their new property harbors an air of darkness, something that dates back to a terrible time in American history.

In their pursuit, they cross paths with a modern organization that is amazingly structured and knows no limit to evil. Rebekah and Richard face the ultimate horror of modern slavery with faith and courage. In a worldwide chase, the two realize the true meaning of faith and family.

Dr. David D. Ray is the founding pastor of the River of Life Church in Abilene, Texas. He has served in pastoral ministry for thirty-six years in West Texas. He earned a bachelor’s degree from Asbury University, his Master of Divinity from Asbury Theological Seminary, and his Doctor of Ministry from Fuller Theological Seminary. David and his wife, Kay, have two grown children and four grandchildren. This is his third book.