A child raised from the dead! Deception or Miracle? 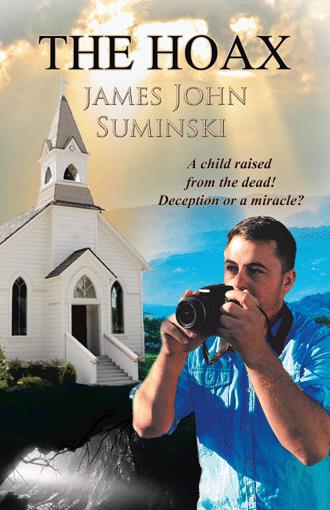 Chapter 2
“Hello. This is Drew Johnson with The Press.”
“Hi, yes. This is Janet Thompson.”
“Hi, Janet. Thank you so much for calling me back.” Drew’s heart instantly began racing again. “This was weird.” He thought to himself. He took a deep breath. “We are interested in your story. Can you tell me some more of the details?”
“I would love to. I can’t tell you how excited everyone here is. People are running all over town spreading the good news. I just got back from church – the funeral turned into a huge praise service. Just praising God for what He did and how much He loves us! It’s just incredible. People just won’t believe it. It’s too amazing for the human mind to comprehend. I saw it all happen and still find it hard to believe.” The words were flowing like a stream. Drew didn’t have to ask a single question for the first five minutes. Janet, in rapid fire succession, detailed all the events from beginning to end. She was fairly out of breath when Drew was finally able to ask his next question.
“Janet, now you said that the boy was dead. How do you know for sure that he was dead?” Drew asked, now almost as excited as Janet.
“They embalmed him. They don’t embalm people who are still alive.”
“They embalmed him?” Drew asked sounding skeptical.
“Yes, it’s a miracle!”
“A miracle?”
“What would you call it?” Janet asked.
Silence for a moment. “How many people could testify to this?”
“About a hundred twenty.”
“A hundred twenty?”
“Yes, that’s around how many were at the funeral service today. There are a lot more people there now. No one wants to leave, I didn’t either, but I needed to get this good news out.”
“Could you provide me with some names and numbers so I can continue my research?”
“Sure I can, but I think it would be better if you came here in person.”
“If we go with your story, I’m sure I’ll be there soon.”
“Oh, Mr. Johnson, about the finder’s fee.”
“Yes, you will get…”
“I don’t want it. I just want the world to know how great my God is!”
“Well, ah, you will certainly be paid for this if we go with it.”
“That’s not important. Just come here and report on the story. Praise the Lord. Halleluiah!” she yelled into the phone.
Drew got a few more details and phone numbers and hung up the phone. He couldn’t remember the last time he felt so optimistic about a story. His hands were even a bit shaky. He spent the next twenty minutes summarizing the story, printed it then headed to Megan’s office.
Drew was sure he was finally going to get to report on a story. He confidently knocked on Megan’s door. “Come in,” commanded the voice of annoyed authority. Drew walked in. Megan was focused on the monitor in front of her. She was an attractive woman in her early thirties. Very trim but signs of aging already touching the edges of her eyes. She had managed to work her way up in The Press through long hours of dedicated work. On a scale of one to ten of type A personalities she was a ten but would demand there be an eleven. She held in her hand a great deal of power. She could make or break any reporter in her zone.
“So, what do you have?” She asked without looking up.
“I have a couple of possibilities, but one sounds really, really good.” The excitement in Drew’s voice made Megan look up from her screen.
“Let’s hear the not so good one.”
Drew explained the details of the “Tree boy” story. She seemed slightly interested. “Let’s follow up on that one and see where it leads. So now, what’s the “Really, Really” good one?” she said teasing him for his excitement.
Drew grew nervous again as he began to tell her the details. Megan leaned in with real interest which made Drew even more nervous. His palms were sweating and his heart was pounding in his chest. It felt like it was going to explode. His voice even seemed shaky to him as he stammered over a word or two. Was he excited because this just might be the story that launched him as a reporter or was it the events of the story? He couldn’t discern which it was.
She asked, “So this boy was dead for three days and was brought back to life on the day of his funeral?”
“That’s what she said. He was even embalmed.”
“Now that’s impossible. This has to be a hoax.”
“I don’t think it is. She didn’t even want to get paid. She just ...” he paused then said, “She just wants to glorify God.” The words seemed strange coming from his lips. These were words he had never used in this combination.
Megan stared at him for what seemed like an hour. She seemed to be looking into his mind to somehow discern whether the story was genuine or not. “Has Samuelson checked in yet?” He was the reporter assigned to Pennsylvania.
“No, I haven’t heard from him yet.” Drew replied. How could he be so stupid to think he would get the assignment? Samuelson was already there in Philly.
She cursed under her breath. She pursed her full red, lips and slowly let out a breath as if giving into something she was opposed to. “Drew, get on the next plane and check it out.”
Drew’s jaw dropped. He got the assignment!

This incredible story is of a young reporter, Drew Johnson, sent to prove that the miraculous resurrection from the dead of a little nine-year-old boy was a hoax. But was it? As the story unfolds, Drew uncovers clues that lead him to a horrific conclusion. The pastor, Daniel Fisher, could be much more evil than just a huckster—much, much more. At the same time, he finds himself drawn toward the church and its dynamic message. A titanic battle ensues. It is a struggle for his own soul. Can the things he is seeing and experiencing really be true demonstrations of the power of a living God, or are they just elaborately staged events to draw people to the pastor’s corrupted church?

James John Suminski is the author of the suspenseful new Christian fiction novel, The Hoax. James is a former teacher, wrestling coach, general contractor and is currently an insurance adjuster and travel advisor. Since becoming a Christian at the age of 18, he has been active in various ministries including children’s church, youth programs, leading worship, evangelism/outreach as well as teaching adult Bible studies. James had the honor to participate in mission’s trips to the Hopi Indian Reservation in Arizona to help remodel a missionary’s home, minister to prisoners and assist a Christian school Acapulco, Mexico, and a trip to Kenya, Africa to plant a new church. James has a passion for reaching the lost for Christ and this exciting new novel contains his vision for the church today. His hope is The Hoax will impact lives for eternity. In his spare time, he enjoys writing, golfing, oil painting, fishing and traveling the world with his wonderful wife, Vickie, of over 38 years. He has two awesome children, a fantastic son in-law and one amazing grandson.