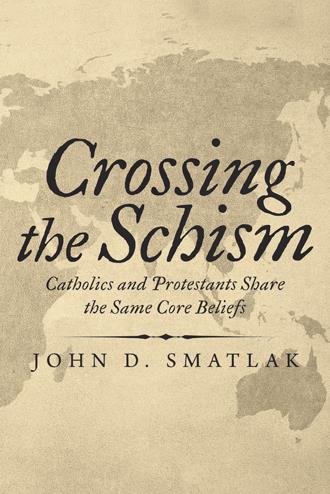 Do You Believe in Miracles?

Some walk so a loved one will be healed. Some walk so they, personally, will be healed. Some walk to show their Christian faith. Others walk for spirituality. Some pilgrims walk the final six miles. Others walk from a small town located twenty miles away. Many pilgrims walk the ninety miles north from Albuquerque, New Mexico; it takes them one week to complete the pilgrimage. Young or old and healthy or lame, they walk. Those who make the pilgrimage say they feel closer to God.

The Crucifix in Chimayo

In 1810, Bernardo Abeyta, a farmer, was praying when he saw a light emanating from the ground. He followed the light and uncovered a wooden crucifix buried there. A crucifix is a cross with a representation of Jesus hanging on it. His body is upright along the longer part of the cross with arms outstretched and hands nailed to the side pieces of the cross. His feet are nailed to the bottom part of the main length of the cross. The Chimayo crucifix is approximately six feet tall and mostly light green.

Three times, the Chimayo crucifix was moved to a church in another village. Three times, the crucifix disappeared and was found upright, back in the same hole in Chimayo. After realizing the crucifix was meant to stay in Chimayo, Bernardo Abeyta built a small private chapel to house it. Six years later, the private chapel was replaced with a small adobe church. The church has twin front towers with belfries, wooden doors, a wall-enclosed garden, and an arched gate with a cross on top.

As you enter the front door of the church, you immediately step into the back of the sanctuary. It is primitive in nature with white walls, rustic wooden beams in the ceiling, and small wooden pews. The Chimayo crucifix is in the front of the sanctuary, centered on the altar. The church is dimly lit and smells of earth and wood. Stations of the cross, a series of fourteen illustrations representing the successive incidents during Jesus’s progress from his condemnation by Pontius Pilate to his Crucifixion and burial, hang on the side walls. Lighted candles are in the rear of the church, along with a small font.

El Santuario de Chimayo, the small adobe church built by Bernardo Abeyta, is the destination for many who pilgrimage by foot to arrive by Good Friday of Holy Week each year. Their intent is to celebrate the risen Christ on Easter morning and to pray for healing. The sacristy, a room adjacent to the sanctuary, contains racks of crutches and braces left by those who were healed. The sheer number of crutches and braces demonstrates the power of this holy place and provides evidence of the miracles performed during the past two hundred years. Following extensive investigations, the Catholic Church officially recognized some of the healing miracles attributed to El Santuario de Chimayo. However, most of the healings are not reported to church officials.

On the ground in a small side room just off the front of the sacristy is an eight-inch hole where the Chimayo crucifix was originally discovered. Many people who make the pilgrimage to El Santuario de Chimayo believe the dirt is holy and want a small amount to take home. They place some into a small cannister for their personal use. Later, they mix it with water to make mud that can be applied to the skin during prayer for healing. As the dirt is removed, it is necessary to replenish the supply. A priest blesses dirt from elsewhere on the property and places it into the hole. My wife, Liz, and I placed some of the blessed dirt into a small cannister and brought it home to have a remembrance of our holy and sacred pilgrimage to El Santuario de Chimayo.

Outside the church are many shrines with notes of praise for answered prayers. There are other notes that request healing. Boards displaying photographs of those who experienced healing and those requesting healing have been placed around the property outside the sanctuary. Candles and rosary beads are left by pilgrims on shelves near the display boards, so their prayers may continue after they depart Chimayo. Because the church is so small, a large area with outdoor seating near a tributary feeding Santa Cruz Lake is available for those who want to rest and pray.

After we spoke to the priest about recent changes to the site to better handle crowds of people, we completed our tour of El Santuario de Chimayo. Liz and I returned to our rental car to continue our visit through the region. As we traveled north on narrow, two-lane roads through a rural countryside, we noticed a group of men walking toward us along the opposite side of the road. Most were in single file. A few were walking side by side. As we approached, we counted thirty men on a pilgrimage to El Santuario de Chimayo. The lead man was holding a crucifix chest high; the top of the crucifix remained above his head out of respect for Jesus. Many of the men wore jerseys with religious words imprinted on them, such as “Jesus” and “Prayer.” 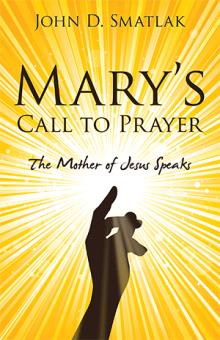 The Christian religion suffered three schisms during its two-thousand-year history. Orthodox, Protestant, and Anglican schisms occurred in succession. The Protestant schism resulted in the most significant change to how Christians worship. Catholics and Protestants have the same core Christian beliefs. However, their worship practices are very different. Currently, Catholics and Protestants have difficulty even talking about those differences. It seems like they speak in two different languages, and neither side can understand the other.

In Crossing the Schism, author John D. Smatlak explains how Catholics and Protestants can reconcile their differences with a new way of approaching the Word. Although Smatlak was raised in a Protestant Fundamentalist church and joined congregations from a variety of Protestant denominations, he also attended many Catholic church services. Because of that broad experience, he successfully crossed the schism between Catholics and Protestants. Though he remains Protestant, he learned to speak both languages.

By first unlearning some false beliefs, both Catholics and Protestants can accept that there are different ways to worship the same Christ. Crossing the Schism exposes the false beliefs and uncovers forgotten truths, building bridges of Christian love and understanding. Because it’s only when you learn about the perspectives of other Christians, that you more fully understand your own Christian beliefs and grow stronger in your faith.

John D. Smatlak earned a bachelor’s degree in engineering at Penn State University. He was an officer in a Fortune 500 company and is now retired. He has two grown children and lives with his wife in Richmond, Virginia. The author was raised Protestant Fundamentalist and married a Catholic.