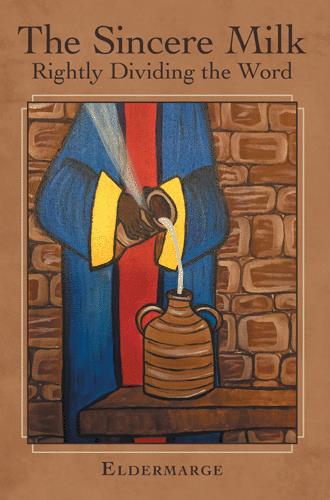 We observe Elohim speaking another prophetic assessment, revealing His concern and compassion for the man creature’s absolute joy.

This verse exemplifies God’s name, Jehovah-Jireh, the God who provides for us before we know we have a need. Not easily discerned, God is always working a devised yet unrevealed unspoken and unrecorded plan. To everything there is a season, a time, and a purpose.

In Genesis 2:19, Elohim involves Adam in a process. He is instructed to name all the creatures of the Kingdom, but is that the only thing God is accomplishing with this assignment? In the following verses we observe an awakening in Adam as he busies himself with his first recorded act of obedience. The process of obedience to God by naming the creatures as instructed would prove rewarding. The scripture does make us aware of Adam’s coming to the awareness that among the many creatures, he finds none like himself.

During the course of his assignment there emerges a ‘first’ which stirs within Adam called ‘an emotion’ (Genesis 2:20). In hindsight, we understand Elohim quickened within man the first desire of his heart, a stirring of what was already lying dormant within the man creature. Until now, there had been no evidence of Adam having a thought of companionship.

This is an excellent opportunity to address those in authority, specifically parents.

Whatever surrounds you or your children will create desires, habits, addictions, or lifestyles resulting in future characteristics that are positive and/or negative. Everything, including eating habits, leisure, music, travel etc. will become a determining factor in the choices your loved ones make (Psalm 51:5a). There will arise desires from within according to one’s exposure and the frequency and depth of that exposure. These things are molding and shaping you.

How are the desires of those for whom you are responsible being shaped?

Adam was influenced through observing the interaction among the creatures. This awakened a desire within Adam. God had created the desire from the beginning. God ignites that same desire which was lying dormant within Adam to be awakened at the proper time according to God’s Perfect Will. God, in turn, fulfilled the God given desire by creating companionship for Adam.

There are desires and appetites lying dormant within us, as well as within our loved ones. Our children have desires they are not yet aware of. God has a time scheduled for each awakening. There are some desires which should not be awakened; however, because of our sin nature they are stirred by our environment and workers of iniquity. It is up to parents and guardians to provide a wholesome atmosphere for our young people. Primarily set the proper examples. “Do what I say do and not what I do” is not working. What we behold, we become.

What have we learned from Adam’s experience? God gives us the desires of our hearts according as He wills, when He wills. Adam was obedient to the Word of His Creator, diligently naming the creatures. Elohim rewarded his obedience (Psalm 37:4).

We are not informed as to how long Adam was without a help mate, or how long it took to name the creatures. We do know Adam’s need was met as he is given the desire of his heart.

Awakening from sleep, not having participated in any way, Adam speaks, readily identifying the revealed new creature as, bone of his bone and flesh of his flesh (Genesis 2:23). Adam now has someone with whom he can identify.

Take note of the woman’s arrival. It was on time and in her season, according to God’s design and purpose before the foundation of the earth. She was not manifested a minute too soon or a second too late. She didn’t have to pray for a companion. God had already prepared the woman for her debut back in Genesis 1:7.

Other ‘firsts’ are witnessed here, namely the scriptural edicts concerning what we presently recognize as marriage. A mind set of priorities and loyalties while introducing concepts of ‘father and mother,’ ‘leaving and cleaving.’ (Leaving what and going where?)

This is evidence of the prophetic nature of Elohim, calling those things that are not as though they already were. We just trust and obey our source (Proverbs 3: 4-5). If he said it, He will bring it to pass.

Have you ever pondered the significance of the phrase: it came to pass? Think about it.

Those who like to read will agree for decades that the Holy Bible has been the #1 best seller everywhere books are sold. The whole world has a love-hate relationship going on with this ancient masterpiece. It is loved by many who readily and eagerly testify of its life-changing Good News (Gospel). For centuries, many have died for it. On the other side of the spectrum, you have those who vehemently detest and protest its very existence. They are those who might kill others because of it. The content of the Holy Bible has drawn a virtual line in the sands of time.

Many have been known to set out, determined to prove the fallacy of its content, or, at best, call them old wives tales, only to end up as apologists themselves.

No matter what your present position, you will find the unusual contents of this little, perhaps insignificant, book will cause you to reconsider your position. Selah.

Stop and think about it!

A mother, grandmother and great grandmother, celebrating her eightieth birthday, Elder Marge Stewart has been serving in a local congregation of approximately four hundred dedicated members consisting of all ages, in a variety of capacities including: Sunday School Teacher, Licensed Preacher, Elder, Sunday School Superintendent, Choir Director/Worship Leader, Psalmist among others. Upon entering First Baptist Church, Bay Shore, N.Y. at thirty-nine years of age, after hearing the pastor preach, ‘The Love of God,’ she never looked back for the next thirty years. It was such a wonderful thing to hear and believe it was true.

Her love for children drew her to the children’s choir’s singing that Sunday. The song was ‘Save Me Lord,’ so beautifully sung by The Sunshine Choir. Not knowing all that happened she went home to tell her teenagers, who even mentioned she seemed different, ‘The Good News.’ Indeed she was different! In more ways than one. Many things began to change within her household that day. Not everything was to everyone’s liking.

Margie was inspired to give birth to this book while becoming repeatedly troubled by frequent unchecked and even undetected errors germinating and circulating throughout many pulpits and airways in the body of Christ. This is especially hazardous to ‘Babes in Christ’ and those who need to RIGHTLY DIVIDE THE WORD OF TRUTH (2nd Timothy 2:15).