Does God Still Speak Today? Extraordinary Dreams And Visions From God To Encourage Your Life 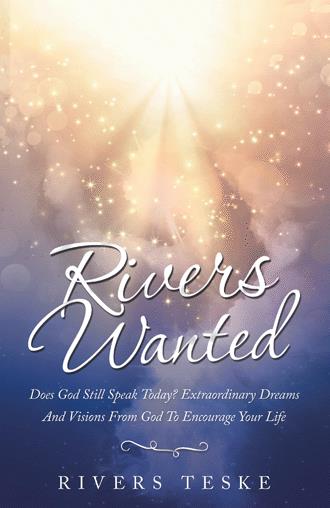 The Pebbled Walk
Without fanfare or signal on the dance floor, the pace slowed among the throngs of dancers. I thought we might be changing the orchestral piece of music for the next dance, when I suddenly realized we were all taking our places and bowing – regally, as if to touch the ground. Our voluminous skirts swept the golden surface of heaven in formal curtsy. Who might be arriving? The air was filled with an excited chatter that we might be seeing the Royals. Who were they? There, there they were! Yes, the Royals were spotted and coming up. A hush came over the legions of participants in the vast heavenly space. Jesus was front and center and welcoming the Royal procession by a pathway coming up to the edge of heaven. A dusty, old rocky road was coming up into the heavenly atmosphere and seemed to be hundreds of miles long. The color of dust was such a startling contrast to the beauty of attire, orchestral insturments and the surrounding atmosphere in which we were all waiting in anticipation. And then the exhausted travelers came into sight. The first, second, the third traveler; by the thousands they filed into heaven by way of this dusty road. The trail of martyrs took weeks to arrive in heaven, but once in, I could sense their overwhelming thoughts of the arduous trip and relief that they had finally made it home. I could sense they had dreamt of this reunion for years and centuries for some. Their clothes were ragged, tattered and ancient – almost burlap looking with filth. Each piece of clothing was torn and soaked with old bloodstains that resembled rust. I could barely make out designs on most of their shirts. Their hair was matted and faces covered with caked mud, dust and grime. War. They had been walking for some time now…maybe years in a war. Actually, they looked like death and looked forlorn, but their eyes were alive now that they had arrived and with their God. The crowds were a mix of all ages, nationalities and all colors. The emotional cost they had tolerated through tragedy was almost too much for me to bear, although I must. They had died for us, been disgraced and deprived for us, spat upon, hung, ripped by bayonet and bullet for us, slain as the unborn, as babes, as toddlers, as teens, as young men and young women dying for the salvation and plan which God had ordained for planet earth in all ages. The heavenly ballroom erupted into the purest of love for them. We knew they were God’s prestigious and most revered that had been created for and entrusted with the highest spiritual Gift of Martyrdom. We bowed to the ground and curtsied as they were the true Kings and Queens of earth. They were here and they were safe with us, the ballroom dancers of believers. Our heavenly family was now completed with the tattered among us. We would not leave one another for eternity, but celebrate eternally with The Godhead and the celestial – for all time – from everlasting to everlasting.
As the vision was ending, I asked God for one last thing. I did not hesitate with the request nor feel arrogant or embarrassed about asking this small, but great thing. I was just wondering if He might fulfill my one wish. Well really, since He is Omnipotent, He must have known that I was going to ask this question from the beginning of my vision. I reminded God that I had seen Him in my heavenly vision years before and had seen the beautiful Jesus many times in the visions and dreams He had given me. I knew His gentle and merciful voice as Shepherd, the Great Leader and imagined all these years that Jesus was my friend, but I was so curious to know if God would allow me just “once” to SEE the Holy Spirit. I think I probably held bated breath to see what the Father might answer. I mean really, who was I to ask such a favor? Within five short seconds, a massive Volcano appeared over the top of the entire epic scene in Heaven: dancers, musicians, the martyrs and Jesus. Above the heads of all, but not over the face of God, was the most incredible and formidable volcano rock structure I had ever seen from National Geographic or a tabletop book. The structure came up from the space of the grand ballroom and rose over our heads up to the massive atmospheric space above us. The deep crevices etched in the side of the volcano rock appeared as if it had erupted for thousands of years from the beginning of time. To my utter and incredulous amazement, it erupted into a spectacular firework display over the open Heavenly scene, but no ash or lava rock spewed out to spill over the sides into the crags or onto the dance floor. It was just an awesome, unfathomable burst of atomic energy of fire that shot straight up into the unseen darkness above. The shards of black, red, deep fiery emerald greens and jaspers shot up into the atmosphere of Heaven. The fires erupted and danced. I was incredulous that God would show me such an amazing light show.

Rivers Wanted is the inspirational story of how God intervened in the life of a mainline pastor’s wife overcoming fears, tragedy and uncertainty through supernatural visions and dreams given by God. Step into the author’s riveting world of Heaven, angels, the martyrs, the writing on the wall in Hollywood and more as you explore these exciting accounts of extraordinary communications from God that enabled a deep healing of trust and unshakable belief to be born. How will you know Jesus when he returns? Are you ready for the judgement and finality of the Last Day on earth?

Rivers Teske, Author and International Speaker with a healing ministry, gives a powerful message of hope, encouragement and certainty of heaven for those facing crisis and even death. She overcame her own fear of death and dying when taken to Heaven and met God. Her prayer is that reading this book will strengthen your faith and resolve about resurrection hope and eternal life.