The Secret of the Pelemnian Stones 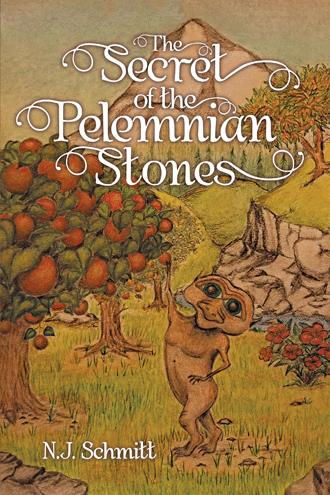 We finally arrived at what looked like a large barn. I could hear animal movements inside and stiffened slightly, not being used to farm animals. None of the creatures we had encountered here were similar to what we were familiar with, and I did not know what to expect in this barn even though I trusted Charles.

But the movements I had heard were not from a barn animal. They were the movements of Scercos. “I took the liberty of getting Gretchen ready for you,” Scercos said to Charles as we entered.

“That was good of you, Scercos,” Charles responded, reaching up and patting him on the shoulder. “What about the others?”

“It’s just us for now,” Scercos explained, “I knew you would prefer it that way.” Charles smiled. I could see that Scercos knew Charles well. “I had thought it would just be you and the girl, however. Would you like me to get Gertrude ready as well?” The way they talked, I thought they must mean horses.

“Don’t bother. I will tend to it myself,” Charles replied. “Is Titus ready, as well?”

“Good and ready,” Scercos responded. “We will be right along beside you.”

Charles grabbed a harness from the wall of the barn and opened the door to one of the stalls. I was surprised to see a very large turtle-like creature inside. David and Derek, who had been quiet until now, started laughing.

Charles saw the humor and smiled with a glint in his eye. “This will be one turtle ride you will never forget, boys!” he informed them, handing David the reigns to the harness he had expertly slipped onto the animal. Derek had boldly climbed up the side of the animal and now sat in the middle of its shell like a cowboy on a saddle.

“There’s a crack in this shell,” he stated loudly, studying the animal from a different vantage point than we could see.

It was Charles’s turn to laugh. “This isn’t really a turtle,” he stated smilingly. “It’s a comku. You will need to slide down to its neck if you want it to get you where we’re going before daylight.” He gestured to David to also climb up on the neck.

Once the boys were situated on what appeared to be Gertrude, Charles opened up another stall door and pulled on the reigns of a similar looking animal. I assumed this would be Gretchen. Charles helped me up on her neck and climbed in back of me in a grandfatherly way, and I pondered how at one time in my life I had played with him when we were both children.

“Do I have to do anything to drive her?” David called out to us as Gretchen began to move toward the door.

“Gertrude and Gretchen are trained to stay together,” Charles replied. “Just stay on her and you’ll be fine.” I saw David and Derek look at each other somewhat skeptically. But Gertrude did follow Gretchen outside with the boys, where we met Scercos on what I assumed was Titus. The animals’ slow movements were similar to that of a turtle, and I wondered how it was that these animals could get us anywhere faster than our two legs could take us.

I soon found out, however, and understood the meaning of the crack in the “turtle’s” shell as she spread the shell to reveal wings much like a ladybug or beetle. Almost before I realized the wings were behind us, we had already risen above the tops of the trees. I looked back and saw David and Derek clinging to Gertrude only slightly behind and to the side of us.

Charles was obviously used to the movement of the animal and was able to keep us securely positioned so I could sit upright comfortably. David and Derek, on the other hand, did not look very steady and were leaning forward over the neck to hold on tightly. Noticing this, Charles turned Gretchen toward Gertrude, so he could call to the boys.

“Sit up straight,” he commanded them as a schoolmaster might have instructed a slouching student. I saw the boys wiggle on Gertrude’s neck, but they did not want to let go. “Use your knees to balance. You will be more secure than with your hands,” Charles gave further instruction. I found myself tightening my knees, as well. Soon both boys were sitting up straight, and it seemed they were relaxing a bit.

“Look down at the ground,” he now instructed us. We had circled around the village which was now far below us. “This is the land of the Skuguli. They own it. They work it. They need it to live,” he informed us. “It stretches all the way to that mountain ridge on this side,” he turned the animals in the other direction, “and to the forest on that side.” We flew quietly over a mountain stream.

Eleven-year-old twins David and Derek Tulley are less than thrilled when they find themselves at their elderly babysitter’s house for the evening. As they settle in for what they think will be the most boring night ever, the twins have no idea everything is about to change when the babysitter’s wheelchair-bound sister, Anna, arrives and offers to tell them a story.

Anna uses a special story stone to help her spin a tale that without warning transports her and the boys to the imaginary land of Pelemnia that is filled with new creatures, tasty foods, and fun places to explore. In the fantastical land, Anna, who has transformed into a little girl again, encounters a childhood friend who helps reveal her past and the mysterious story behind the stone she holds in her pocket. Now the boys must help find a way to turn a poor choice from years gone by into a good choice for today.

In this exciting tale, young twins propelled into a strange fantasy land with help from an elderly woman’s magical stone learn valuable life lessons and how to make God a priority in their lives.

N. J. Schmitt is a former public school teacher and university professor who enjoys baking, gardening, and working with animals. Her love of God and travel has not only inspired her writing, but also allowed her many outdoor adventures with her two children and husband. Nanette makes her home on a ranch of over a thousand acres in Oklahoma.