A Field Manual for God Seekers 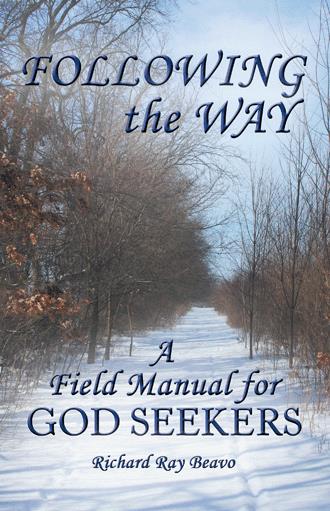 1. A believer has everything they need

Peter says that “His divine power has granted to [believers] everything pertaining to life and godliness.” God has granted to every believer in Jesus everything they need in order to live the life He wants them to live, and to be a godly person. This is not godliness in the sense that Satan described it to Eve, where she would be like God, having her own natural ability to determine what is good and evil.

King Solomon, the son of King David, king of Israel, who was given God’s wisdom, states in two of his proverbs that the way that seems right to the natural mind ends up being the wrong way.[1] But rather, it is the godliness that is the reflection of a good father as seen in the life of a good child. People use expressions like “The apple didn’t fall far from the tree”, and “you can tell who their parents are” to describe the reflection of a parent’s influence over the children who pay attention to what they say and honor their wishes.

2. A believer has it through truly knowing Jesus and His glory and excellence

3. His promises are to enable a believer to escape corruption

Peter echoes Paul’s declaration to the Ephesians of the purpose for God’s provisions through Jesus[2] when he declares, “He has granted to [believers] His precious and magnificent promises, so that by them [they] may become partakers of the divine nature, having escaped the corruption that is in the world by lust.” Here again, the idea is that the believer will start reflecting their Savior Jesus the Messiah and their Heavenly Father (the God who created everything that is) as they start escaping the lust of the world.

John wrote that a believer in Jesus shouldn’t love this world and the things in it (the lusts of this fleshly body, and the lust to obtain possessions, and the tendency to boast of their abilities and accomplishments in this life because if they love those things then the love of their Heavenly Father will not be in them.[3] The lusts of the world are strong and powerful, and the only way a believer can escape them is by becoming a partaker of “the divine nature” by appropriating God’s “precious and magnificent promises” to them as they determine to be followers of the Way.

4. If a believer stops with eternal salvation they are blind or short-sighted

If a believer stops with Ephesians 2:8–9, and doesn’t go on to apply these principles to their life, Peter says that they are “blind or short-sighted, having forgotten [their] purification from [their] former sins.” There are multiple places where the Scriptures declare that those who fail to show their love for God by keeping His commandments don’t have eyes to see or ears to hear. To try to obtain eternal salvation without salvation from “[their] former sins” while a believer is in this life is short-sighted, and forgetful of the sacrifice that Jesus endured in order for anyone who would believe in Him to have eternal life. That eternal life begins now, while they are in this world, not just at death.

5. As long as a believer practices these things they will never stumble

A believer is told to “be all the more diligent to make certain about His calling and choosing [them]; for as long as [they] practice these things, [they] will never stumble; for in this way the entrance into the eternal kingdom of [their] Lord and Savior Jesus Christ will be abundantly supplied to [them].” That is one of the “precious and magnificent promises” mentioned above. The Greek word translated here as “stumble” means to trip and fall. Some preachers call stumbling “losing salvation”, others “backsliding”, and still others “making a mistake” but they all agree that it is a departure from the life which God wishes for His followers.

Whatever a person calls the process, Peter wrote that if a person has placed their faith in God’s grace and “these qualities are [a part of their life] and are increasing” they need not worry about stumbling, because this is the way “into the eternal kingdom of [their] Lord and Savior Jesus Christ.”

What is real about Christianity? What made that movement so dynamic that it swept across the known world like wildfire against extreme opposition, persecution, and death for those who participated?

In this book Richard Ray Beavo explores and expounds upon the foundational principles of life in Christ Jesus from the perspective of one of his everyday followers. This book is useful as a field manual for anyone seeking a growing personal relationship with the God of the Bible.

Richard Ray Beavo received Jesus at the age of fourteen. Years later he was invited to take part in a one-on-one discipleship ministry. There he began to grow in a personal relationship with God his Father. Richard writes from the perspective of an everyday follower of Jesus who searched for and found the reality of a dynamic personal relationship with the God of the Bible.