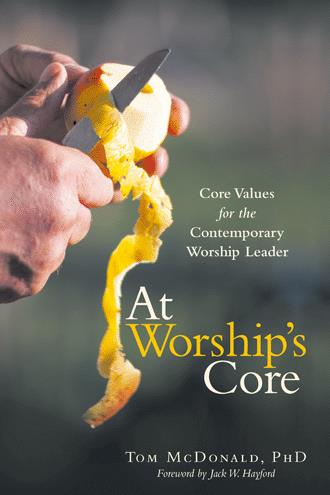 Introduction
One of my interests as a communicator is noting the many times the number three appears in life, art, and theology. In baseball, for example, three strikes and you’re out. In the movies, we all recall the Three Stooges, the Three Musketeers, and the Three Amigos. In debate parlance, there is the strategy of thesis, antithesis, and synthesis.
Personally speaking, my grandfather, my father, and I each had three sons! Functionally speaking, a stool has three legs, and so does a photographer’s tripod. Grammatically speaking, a strong conclusion sentence often has three clauses. A musicologist will listen to two pieces by a composer and offer a comparison, but after listening to three compositions, one begins to offer contrasts. The former is about similarities, but the latter, with deepening perception, is about appreciating differences.
In the Bible one also notes what some commentators have observed that “three days, in symbolic language, points to an act of divine intervention.” Jonah was in the belly of the fish for three days. Paul was blinded on the road to Damascus for three days. Our Lord Jesus was in the grave for three days!
What’s more, there are:
• Three theological virtues: faith, hope, and love (1 Corinthians 13)
• Three attributes of God, the One who is Gracious, Compassionate, and Merciful (Exodus 33:18–19).
• Three patriarchs: Abraham, Isaac, and Jacob
Most importantly, we acknowledge the Three in One: Father, Son, and Holy Spirit.
Father God is omniscient (Genesis 21:33), omnipotent (Revelation 19:6), and omnipresent (Ezekiel 48:35). Our Lord Jesus is the way, the truth, and the life (John 14:6). The precious Holy Spirit comforts, guides, and enlightens (John 6:7; Romans 8:14; John 16:13).
As a matter of fact, most worship services juxtapose three components: the Congregational Worship, the Pastoral Teaching, and the Holy Communion.
Truly the number three is meaningful to God.
In the private life of a public worship leader, the necessity of a three-strand cord cannot be overlooked. Scripture states, “A threefold cord is not quickly broken” (Ecclesiastes 4:12 KJV). This verse speaks to me of the necessity of a support system the pastoral musician must develop early on with his or her spouse and the Lord so there is a purposeful communion in times of plenty or famine. You see, it is in this very intimate relationship that a worship leader finds sustenance, direction, and prophetic insight.
However, even before one gets married, I believe God is at work building a leader. His process of bolstering a leader prior to anointing the leader is fascinating. God’s ways are far above ours. We tend to think of a worship leader’s pathway into Christian service from the perspective of music education and charisma. A young, gifted student will polish an inherent talent for songwriting by studying composition or poetry, will keep fit by using a gym, or will gig around town until one’s nerves—being in public—are accommodated by sheer grit and determination. But those considerations are only part of the process.

At Worship’s Core is a carefully examined investigation of the attitudes and behaviors that welcome the presence of the Lord. Leading worship appears easy, but its effectiveness is wrapped in nuance and complexity over time. Many believe worship is exclusively a musical proposition. And while there is a propensity for worship in church to involve singing, author Dr. Tom McDonald proposes that worship is not about the voice but the heart. “This significant work by worship leader, professor, and author Dr. Tom McDonald immediately captured my attention! The title itself, At Worship’s Core, stirred my heart, and I was drawn into the riches of its contents” – Glenn C. Burris Jr., president, The Foursquare Church “Dr. Tom McDonald has succeeded in his attempt to reveal what is and how a worship leader should be. His passion to raise a new generation of worship leaders can be seen in this book.” – Daniel Kizhakkevila, chief pastor of Full Gospel Churches in India and president of Voice of Gospel Ministries International “On the first day of Hebrew school in medieval Europe, children would sometimes undergo the ritual of kissing honey from the Torah. Sometimes, the honey would be kissed off a slate with the letters of the Hebrew alphabet. That’s twenty-two kisses. Tom McDonald has written not a five-star book, but a twenty-two-kiss book. The sweet spirit of worship fills every page and chapter. The word we translate as “worship” literally means “to kiss toward,” and this book is a textbook on how worship can be a holy kiss back toward the God who kissed us into life and keeps us alive, kiss by kiss.” – Leonard Sweet, author of The Bad Habits of Jesus, professor, and founder of www.preachthestory.com

Tom McDonald knew when he was five years old that his future would be a musical one. His parents lovingly provided a piano and top-notch instruction. He began to accompany the church choir at thirteen and began to conduct that choir at age nineteen. From that inauspicious start, those twenty voices grew to two hundred, and the Trinity Choir developed a citywide ministry which ultimately led to performances in the prestigious Joseph Meyerhoff Symphony Hall. During those twenty years of service, Dr. McDonald earned degrees in music education, with an emphasis in piano and choral conducting, as well as a PhD in church music administration. He and his family moved to Los Angeles in 1994 to serve the ministry of Jack W. Hayford and The Church On The Way. The next fifteen years were divided into two parts, and he spent five years as a denominational leader in between. Following that experience, he received a call back to his LA roots and considered that opportunity one of the most extraordinary events of his pastoral life. It is one thing to serve a growing congregation, but to be invited back to serve a second time was an unexpected and heartwarming compliment. During his service in both long-term church settings, McDonald also taught music and worship studies in seminaries and Bible colleges. He completed forty years of service in 2014. Soon thereafter, as a surprise second act, he accepted a post as choral director at Roosevelt High School in downtown LA. This at-risk institution is essentially populated by Latino students for whom many are bilingual. Most qualify for Title I support. In this new mission field, Tom continues to serve, to love those around him and press for musical excellence. Recently one of his students, in halting English, said, “Dr. McDonald, I have place for you in my heart!” Contact information: tmcdonaldmusic@gmail.com