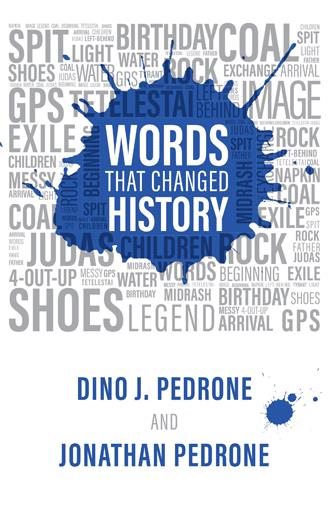 The first witnesses to the birth of Jesus were poor shepherds who occupied the lowest rung of the social class of the day.  They spent most of their time in isolation from everyone else.  They traded human companionship for time spent with animals.  They worked day and night alone, creating a community amongst themselves, but were never welcomed into the lives of their fellow laborers.

In Luke’s story, the ones invited to witness the birth of Jesus are not those that can give the most extravagant gift, or the ones that can offer connections to higher society.  His guests do not have a high social standing.  They will not be the center of attention at His party because no one would go out of their way to talk with them.  Instead, Luke gives us a party with the outcast and destitute people in society.

Luke is announcing to us that this Jesus does not judge a person based on their social standing.  Jesus is not impressed with the amount of money you make or the connections you have.  Jesus is not interested in the gift that you bring to the party. Unlike the rulers of the day who would invite only the upper class in society, Jesus instead goes out into the fields to find those who have been excluded from society.

This resonates with us today, thousands of years later, because in society we are still good at separating people into different groups.  We spend our time with people from a similar social class.  We become jealous of those who occupy a higher standing in society than we do.  We work hard in our professions to be able to afford the house with the gated community.  This way we can visibly build a wall around our homes so those who don’t have the same means as we do are kept at a distance.  We have the innate ability to exclude those who are different or who do not meet our standards for fellowship.  Whether it is by race, economic status, orientation, or a plethora of other markers, we are a people who excel on limiting our social circle.

When we plan a birthday party today, we can become consumed with making sure the decorations are right, the guest list is complete, and the food is perfect.  We even have to worry about the aftermath of the party because thank you notes will need to be sent to everyone who attended.  This is not the way of Jesus for Luke.  In the Gospel of Luke, Jesus is different.  Jesus invites those who cannot bring anything themselves.  He makes the first witnesses of Jesus’ birth, those whom the world had forgotten.  The shepherds of the first century were those that society had forgotten.

This Jesus seeks out the lost and desolate.  Jesus looks for those who are at the end of their rope.

If you think you have nothing to offer Jesus, if you think you are the last person whom Jesus would ever want to meet, if you are the one who has been rejected by others, if you have closed yourself off to others in the community, if you meet these upside down requirements.

Outcasts, these are the people invited to the birthday of Jesus.  When we think of those who are closest to Jesus, we likely do not consider them outcasts, but these are the very types of people that Jesus wants at his birthday.  If you have ever felt that you were on the lowest rung of society, if you have felt that you didn’t fit in with everyone else, if you have been excluded in any way by others, then outcast is a word you may just have applied to yourself.  But in the story of Jesus’ birthday, that just means you are on the invitation list for the birth of the most important person in history.

You are on the invitation list to witness the birth of a new kind of King.

In Words That Changed History, a father and son will take you on a journey of words that can affect lives. In this book, you will read fresh perspectives on some of the most familiar stories of the Bible, like the creation, the prodigal son, the second coming, and judgment day. For each of these narratives, the authors interpret how one word can alter your understanding of the text. Spit, coal, midrash, four-out-up, and Judas: read how these words can bring new life to ancient stories. The narratives of the Bible started conversations thousands of years ago; this book is an invitation to reconsider these words.

Dr. Dino J. Pedrone (D.Min.) is the founder of Dino Pedrone Ministries, a family foundation to advance the gospel of Jesus Christ.  He has been a pastor, a college president, and a president of a state/international school association.  He has been in ministry for over 50 years and has written 20 books.  He is a sought after speaker both nationally and internationally.  He and his wife Bobbi have been married more than fifty years, and they have four children and four grandchildren.

Dr. Jonathan Pedrone (M.Div, Ed.D) has been an educator for over fifteen years.  He currently teaches secondary and collegiate level courses.  Though he attended Sunday School when he was young, it was not until his late teen years that he realized the Bible's apparently straightforward teachings had relevance and impact beyond the typical interpretation.  He enjoys the new challenges and questions the Bible inspires every day.  He lives in the South Florida area with his wife Karen and their children, Mia and William.