The Story of the Early Days of Christianity 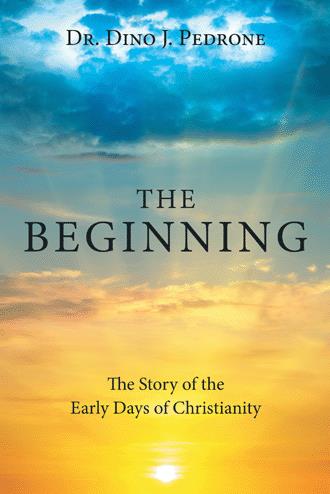 Throughout the book of Acts we noted two important themes. The resurrection of Jesus Christ is the life changing event and the permanent arrival of God the Holy Spirit indwelling and filling believers. The message of the cross and the resurrection are turning many to Jesus Christ. In the midst of the message there arose huge opposition. Religious leaders began to promote Jewish antagonism against the apostles. This chapter springboards huge opposition. Several events led to the episode in this chapter reflecting the opposition was now out of hand. This opposition began on the day of Pentecost. “Other’s mocking said, “’They are full of new wine’” (Acts 2:13). It continued following the healing of a lame man in Acts 3. The disciples were told by the Sanhedrin not to speak in the name of Jesus. “So, they called them and commanded them not to speak at all nor teach in the name of Jesus” (Acts 4:18). The persecution continues and seems to crescendo in this chapter.

Paul has been attacked in the temple area by a Jewish mob and viciously beaten. The commander of the Roman forces was unable to find what the charge was against the apostle. As Paul delivers a message before the mob on the step of the Antonian fortress. He is taken and beaten because of his adding the Gentiles in the family of God.

The plan was to imprison Paul and bring him to the Sanhedrin the following morning. There were three main groups that were members of this council. They were the High Priests, the Elders, and the Scribes. The two religious groups that made up the largest part of the Sanhedrin were the Pharisees and Sadducees. Other than capital punishment they were a powerful force that oversaw and executed Jewish law with punishment afflicted when necessary.

Paul makes an interesting statement about this conscience. “Then Paul looking earnestly at the council, said, ‘Men and brethren, I have lived in all good conscience before God until this day’” (Acts 23:1). No one could deny his commitment to God! The Greek word for conscience is suneidesis. It speaks of a witness to conduct, It is through conscience we understand the will of God, the sense of guilt, or a judgment of good and bad in our lives. Individuals often act a certain way because conscience requires it. Paul uses the word twenty-one times in his letters.

Scripture often speaks of conscience. A weak conscience is mentioned in 1 Corinthians 8:7,10. “However, there is not in everyone that knowledge; for some, with consciousness of the idol, until now eat it as a thing offered to an idol; and their conscience, being weak, is defiled”, “For if anyone sees you who have knowledge eating in an idol’s temple, will not the conscience of him who is weak be emboldened to eat those things offered to idols” (1 Corinthians 8:7,10). The Scripture also speaks of a wounded conscience. “To the pure all things are pure, but to those who are defiled and unbelieving nothing is pure, but even their mind and conscience are defiled (Titus 1:15). There is an evil conscience.”…let us draw near with a true heart in full assurance of faith, having our hearts sprinkled from an evil conscience and out bodies washed with pure water” (Hebrews 10:22). There is a seared conscience.”…speaking lies in hypocrisy, having their own conscience seared with a hot iron” (1 Timothy 4:2).

The Scripture teaches here, as in other passages, about a good conscience. “Pray for us; for we are confident that we have a good conscience, in all things desiring to live honorably” (Hebrews 13:18);”…having a good conscience, that when they defame you as evildoers, those who revile your good conduct in Christ may be ashamed”; “There is also an antitype which now saves us—baptism (not the removal of the filth of the flesh, but the answer of a good conscience towards God), through the resurrection of Jesus Christ” (1 Peter 3:16,21); “I thank God, whom I serve with a pure conscience, as my forefathers did, as without ceasing I remember you in my prayers night and day” (2 Timothy 1:3).

The high priest who is next to Paul is engaged in listening to Paul and when he hears Paul’s statement, he ordered those around Paul to strike him. Paul’s reaction is very vocal. Jesus said in a similar statement. “Woe to you, scribes and Pharisees, hypocrites! For you are like whitewashed tombs which indeed appear beautiful outwardly, but inside are full of dead men’s bones and all uncleanness” (Matthew 23:27).

Excerpt from chapter 26…The Story of Christianity…God’s Protection

A young man walks along a road leading to the Sea of Galilee.

Messiahs were plentiful in the first century. In Judaism, the idea of Messiah referred to “a king appointed by the Almighty.” After the Hasmonean kingdom in the first century and the Roman-Jewish wars in the first two centuries, the idea of a Messiah expanded. The Messiah was considered to be “the individual who would deliver the Jewish people from the Roman Empire,” thus ushering in the golden age of Messiah. Now here comes another. A leader of a Jewish sect was crucified, and there were those who claimed he rose from the grave. It does sound a little preposterous.

Messiahs could fill volumes with their plans and heroics, but the obvious questions are, Where are they now? Where are their followers?

A man who gathers twelve apparent misfits of society and leads them while he teaches, heals, delivers evil spirits, and raises some from the dead is certainly unique. Is he one of the many self-proclaimed Messiahs, or is he different?

The faith that this man founded today represents nearly one-third of the world’s population.

The Beginning details how this movement started. From a small group called The Way to the conversion of a vitriolic Pharisee to meetings with well-known political activists the story begins.

So snuggle up; get a nice, warm drink; and follow The Beginning—the early story of Christianity.

Dr. Dino Pedrone spent over 50 years in the ministry as a pastor, educator, writer, and national/international speaker. He was pastor of two Bible centered churches over a 40-year period, helped found an international Christian school association, spoke in hundreds of churches and numerous Bible Conferences. He has written books and contributed to dozens of magazines and other publications. His insightful Bible teaching is heard daily through radio, television, YouTube, and podcast. He and his wife Bobbi have four grown children and four grandchildren.