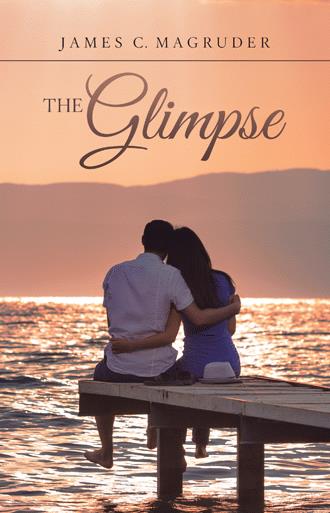 Ally was stunned. Nick knew what she was going to say.

“You, you told me your father was dead,” she stammered, looking him in the eye. “All of the time we dated, you told me he was dead—killed in a car accident with your mother.”

There he was again, caught in a lie. Lying was something Nick was good at, especially about his father. He’d had plenty of practice. Funny thing about lies, the more he could justify them, the easier they were to tell. And Nick had plenty of justification to lie about his father’s embarrassing alcoholic behavior.

Suddenly, Nick wasn’t sure what to do or say next. Ally was now reacting to their past, and Brett was wondering how this revelation might affect the future of their advertising work on the Transitions Addiction Recovery Center account.

Brett broke the tension with a question. “What is your relationship with your father like today?”

“Is there any hope for your relationship with him?”

“If you must know, I don’t think I can forgive him.”

Brett paused briefly. “Nick, tell me, what impressed you most about the interaction between the father and son you saw at breakfast yesterday?”

“I suppose it was the compassion the son demonstrated for his father, especially since he said his father didn’t deserve it.”

“Then why do you think the son was so compassionate?”

“Do you think the son actually felt compassion for his father?”

“So, the son chose to be compassionate?”

“Could that work for you?”

“If you alter your attitude toward forgiving your father, maybe your emotions will follow, and you can restore your relationship with him. Sounds like the son you met yesterday did just that, and it worked for him.”

“It’s more complicated than that. Plus, I haven’t seen or spoken to my father in years.”

Ally could hear the pain in Nick’s words, and he sensed her attitude toward him slowly shift from anger to empathy. Her face began to reflect her feelings, but she left the direction of the conversation to Brett.

“Maybe you need a different point of view,” he suggested.

“Well, I don’t have all of the answers, but you should look at your relationship with your father from another perspective.”

Intrigued, Nick asked him to continue.

“Have you ever looked at your life as if it were a movie?”

“Not really. Where are you going with this?”

“Nick, as you know, movies allow us to see events from a different point of view—the director’s point of view. In a movie we can see events close up, from a distance, from a unique angle, through a different pair of eyes or from inside someone else’s shoes. A movie can speed up the action, slow it down, or freeze it to be sure we see exactly what the director wants us to see.”

“And your point is?”

“My point is, to some degree, God sees our lives much like a movie.”

Nick stiffened. “Is this turning religious because…?”

“Just hear me out a second,” Brett interrupted. “Our lives are a story with a beginning, a middle and an end. And nothing escapes God’s notice. In other words, God sees all of the events and circumstances that ultimately shape and define our lives.”

“That’s all fine and good, Brett, but I’m not God, so I can’t see all of the events and circumstances that shaped my father’s life.”

“That’s right, you can’t, but isn’t it enough to know that there were events or scenes in your father’s life that shaped who he is today?”

“At this stage, I’m not sure those events or scenes are relevant, Brett.”

“You know, Nick,” Brett added, “In some way; I think you saw a glimpse of God yesterday.”

“A glimpse? What do you mean?”

“Well, I believe God is at work in our lives every day, and if we watch for him, we can catch a glimpse of him or sense his presence.”

“I hate to disappoint you, Brett, but I don’t exactly hang out with God, so I don’t think I have had the pleasure of his company!”

“Perhaps, but I’m sure, at times, you’ve sensed his presence,” Brett countered.

“Have you felt God’s presence through the beauty of a sunset?”

“Through the smell of spring?”

“Through the exhilaration of love?”

Nick glanced at Ally, and then looked away. “Yeah, but…”

“Have you ever sensed him when you pondered how the stars hang in the sky?”

“Well, I have wondered…”

“Have you noticed the intricacy of a snowflake?”

“The immensity of the sea?”

“Ever simply feel the hope a sunny day brings?”

“Okay, Brett, you’ve made your point.”

“Nick, you got a glimpse of God yesterday through a son’s compassion and willingness to forgive his father. If we watch and listen closely, when we least expect it, I believe we can catch a glimpse of God, his work in the world and, most importantly, his work in our everyday lives. That includes your life.”

Nick heard the confidence and sincerity in Brett’s voice and while he didn’t fully understand it, it moved him. Silence followed for a moment before Brett reached for the bill.

“I got this,” he said. “This conversation was worth the price of admission.”

How do you forgive someone for an unforgiveable act? Is faith enough? How do you know if God exists if you can’t see him? Or can you see him—in glimpses? Nick Conway, a bitter 39-year old advertising executive is on top of the world but inside, he’s withering away as the past comes to haunt him just as he takes on a new advertising account—one that taps into all his old wounds and resurrects his broken relationship with his father. To top it off, his former girlfriend, Ally Grant, is part of his advertising team. Can he survive the hurt of his past with his father and learn to forgive? Can he be forgiven for his mistakes with Ally? Would rekindled love help him on this path? Through a series of unexpected events, Nick sees something he has never seen before—four glimpses of God. Ally and Nick’s friend, Brett, will help interpret these glimpses to discern what God is trying to tell Nick about family, faith, and forgiveness.

James C. Magruder writes reflective essays and contemporary Christian fiction that encourages readers to pause and reflect on the most meaningful moments in life. He loves to craft books and articles that resonate with readers on a deep emotional level. He is an award-winning advertising copywriter and executive speechwriter and has enjoyed a rewarding marketing career with Fortune 500 companies.