My Grace Is Sufficient

God’s Strength Is Made Perfect in Weakness 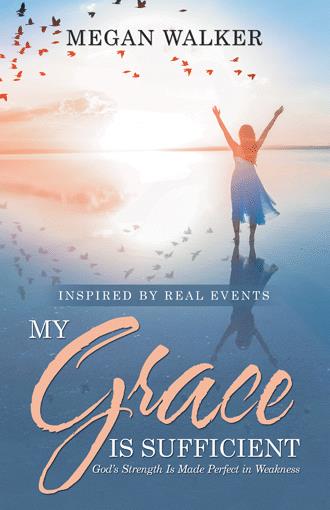 Stop! Please stop Momma!
I’m sorry! Please Stop!
What did I do that was this bad?”
Those were the thoughts that raced through Layla’s mind as her mother fought her. This happened often, but Layla never fought back. She was afraid that fighting back; or saying anything, would only make things worse. Layla didn’t want revenge. She loved her mother, and only wanted her to stop.
Along with the physical abuse, Layla’s mother would cuss her out completely; calling her every name that a person might want to call their worst enemy, but certainly not their daughter.
As Layla grew older, she began to realize, that most of what her mother did; was not necessarily things that she could control on her own. Her mother acted according to what was in her. Negative was going in, so surely negative is what was coming out.
Layla- feeling her way through life; quickly began to indulge in a number of adult behaviors. All of which, were approved, accepted, introduced, and encouraged by her mother. The lifestyle that so many adults were living around her became the lifestyle that seemed normal.
Layla’s mother used her often to get what she wanted- usually money and drugs. She was focused on getting the next high, and was willing to do whatever it took to get there. Even if it meant, giving her daughter in exchange.

Are you living a life full of hurt and despair? Perhaps you have been abused, left alone, and filled with anger, fear, and hatred. In this book, you will find the story of a young girl named Layla. She went through deep hurt and agonizing pain, which left her feeling lifeless and ready to die. This is her story from drugs, alcohol, promiscuity, and near death; to a life of salvation, deliverance, healing, and victory! The gospel of Jesus Christ introduced to her in the heat of it all, changed this young girl’s life forever; bringing her hope, love, joy, and peace. This page-turner is one that will leave you encouraged and determined to fight through your struggles, and trust God with every area of your life. No matter how dark and hazy it may seem, God’s light will shine bright- right through it all!

God’s Glorious Power is More Evident when it is displayed in Weaker Vessels!
—Pastor Charles Sanders

Megan Walker is Saved (redeemed by the blood of Jesus Christ), Sanctified (set apart for God’s use), and filled with the Holy Ghost (filled with the Spirit of God). She is the wife of an amazing husband, and she enjoys the wonderful blessings of motherhood. While in prayer, the Lord gave her the assignment to write. Having lived a very complex life before the Lord saved her; she felt compelled to share with others who may find themselves in complex living conditions, that there is hope in Jesus! She loves the Lord with all of her heart, and she’s grateful for the opportunity to reach out and help those who are struggling with seemingly hopeless situations.