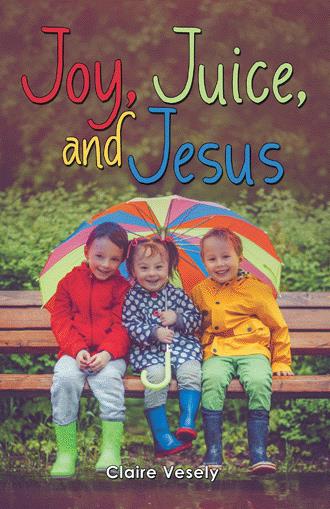 I remember the big pictorial Bible my nana gave me as a child. I mistakenly believed to love Jesus meant as His girlfriend, so I would kiss the page where He was! Nonetheless, this marked the beginning of my journey, a simple journey of faith in Jesus Christ as my Lord and Savior.
I lived a very sheltered, normal childhood in suburban, southeast England. The years were filled with little English schools betrothed to sports days with trophy prizes, sack races, egg-and-spoon races, summer fetes with fairy cakes and bunting, and jumble sales. There were lots of birthday parties with traditional games like pass-the-parcel, musical chairs and pin-the-tail-on-the-donkey, not to mention all the cake… say what you want about English cooking, we do know how to bake!
We spent years of soggy camping holidays in the bucolic, verdant countryside of England and Wales, and frequent excursions to London to visit my family, especially Grandpa Harry, Nana, and Auntie Lilie. Grandpa was a bantam weight boxer and member of the British Army, a Desert Rat chasing and fighting against Rommel in World War II. My mum was born during this time, a war baby with a distant hero father.
Two intrepid sisters, Nana and Auntie’s indomitable spirits led them to stick out the Blitz in World War II London whilst fearlessly sewing mountains of cloth into parachutes for the British Royal Air Force. They were the epitome of the Great Generation, and now ensconced in my house, their Singer sewing machine remains a testament of their commitment and dedication, the drawers of their bits and bobs unchanged after all of these years.
A radical family change happened when my dad, John, a Draughtsman for an engineering firm, was forced to choose between losing his job and taking a foreign assignment in Nairobi, Kenya, East Africa. My parents, who had barely ventured out of England, were now thrust into the culture shock of a third-world country. At the age of 14, it was a life changing experience for me in a multitude of ways.
Previously lost in the throngs of Maiden Erlegh, a large English comprehensive secondary school, my brother, James, and I were suddenly enrolled in our first and only private school: Nairobi Academy, a place full of ex-patriot families and their children as well as local families who could afford to send their children; it was a cacophony of 26 different nationalities; a veritable United Nations; a new life full of smaller class sizes with focused learning and sports with a competitive team spirit. Sports and other activities were supported by the ‘house’ system, just like in Harry Potter, whereby school teams contend internally against one another. The icing on the cake was a full on social life with some of those close friendships enduring decades later. Parties, sleepovers, discos, boyfriends and camping weekends away with the wildlife of Africa — a teenager’s dream!
Unfortunately, and perhaps not surprisingly, my parents’ marriage hit rock bottom. All too often I would find myself in my brother James’s bedroom trying to comfort him as we cowered together listening as numerous verbal fights ensued. The two years we lived together in Kenya brought about tremendous change for our family. My parent’s traditional roles were facing their most serious challenges yet. My Dad endeavored to make himself valuable at work, hoping his role would continue in England after his time in Kenya was complete. No less significant were the challenges for my Mum.
Ripped from a relatively mundane life as a traditional, English housewife and stay-at-home Mum, she was thrust into a whole new life order. Gone was her routine of seeing my brother and I off to school in the morning or back home in the afternoon. Unlike in England, school was all encompassing for us in Kenya. We were bused off to school bright and early in the morning and did not return home until dinnertime. Equally significant a change for Mum was adapting to the local norm of having domestic employees in the form of a cook-housemaid, gardener and a security guard. These were highly sought after roles for the local people and turning them away was insensitive to the local customs. Mum was forced to change her identity. She ended up working at the British High Commission, a role that ultimately brought about a new meaning, confidence and direction for her.
It was not all bad however. The upside was we became immersed in the vibrant expat social scene, beginning with acquiring membership status at the ‘Impala Club’ where we soaked up sun, swimming, and the weekly Sunday movie night. Afforded new luxuries our family had never been able to experience, we ate out once a month and devoured countless hours in the multi-national music scene. Dad, a self taught musician and guitarist, was soon followed by James as his natural talents flourished. Rounding out the family affair Mum joined on vocals while I sang and played guitar. This was a new avenue for us all to come out of our shells as we strummed, tapped our toes and sung at the various ‘Hootenany’ folk music extravaganzas. Much to everyone’s entertainment, James and I dug deep into our parent’s musical repertoire to perform gems such as “Lucky Lips” by Cliff Richard and “Yesterday” by the Beatles!

When you hear the words “you only have two years to live,” you are made to pay attention. Facing this brevity of life, Claire realized how much of it had been experienced with Jesus by her side. He took her from a quiet, sheltered upbringing in England to a life that has spanned three continents. Simultaneously, Claire has seen his hand in her roles as wife, mum, and pediatric nurse. Her career specialized in palliative care nursing, focusing on making the best quality of life possible whilst living with a life-limiting illness. Little did Claire know that she, too, would be in the same boat.

Claire has been made to contemplate what is important and why relationships are at the core of her existence. She recognized how each member of her immediate family has been through their own harrowing escapes from death. Twice Claire found herself in the same situation. Entwined with these stories are lessons learned from the very patients Claire helped to care for and lessons of love, brightness, hope, and a future. Claire finds herself daily contemplating the same existence in hopes of mimicking even a little of what she has learned. Claire couldn’t but write it down and bring you Joy, Juice, and Jesus.

Claire Vesely RN, BSN, CHPPN has lived a personal faith based mission as a children’s nurse in England and the US. She has specialized in pediatric palliative care, acting as an advocate, published author, educator and international speaker for this special patient population.

Claire loves to horse ride, ski, kayak, attend church, and spend time with her family, husband Adam and two sons, Tristan and Robert. Claire currently resides in Brush Prairie, Washington where she enjoys the peaceful vistas from her country home.