Following in the Footsteps of Christ 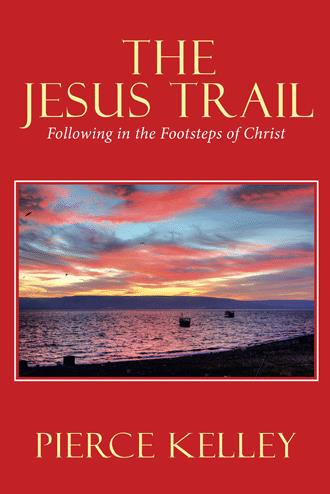 Chapter Twelve: The Horns of Hattin
I was up early the next morning, well-rested after a good night’s sleep in what was a luxurious, first-class hotel. I saw where the Sea of Galilee was only thirty-some kilometers away, which was half an hour’s drive, if that, by car. It was going to take me two days of walking to get there. I didn’t mind. That’s why I was there … to walk in the footsteps of Christ. He never rode in a car.
I was walking to the east and then, after crossing over Mt. Arbel, I would turn slightly to the north, towards Capernaum. On the way, there were several things to see, none of which seemed to have too much to do with Jesus, however. Again, I reminded myself that Jesus had probably walked this very path hundreds of times.
Although I was definitely walking in his footsteps, as planned, I couldn’t say that I had received any great insights, so far, but I was impressed by all that I had seen. I was where he had been. I was where I wanted to be.
Once I got out of the Kibbutz-Lavi complex, which took a while, I came upon more fields of planted crops. Mostly, I saw large fields of corn, which were replaced by even larger fields of wheat as far as I could see in all directions. Again, there were rolling hills with mountains off in the distance to the north and ahead of me.
Also, I was again walking alone. It continued to surprise me that this trail was so lightly traveled. I thought it would have been much more heavily traveled than El Camino, because Jesus walked here, not St. James. All of the apostles, including James, certainly would have walked here, too. The only logical explanation I could think of was that this area, and all of Israel, actually, had been in the hands of non-Christians for nearly a thousand years, and that was why Christians didn‘t come. It wasn‘t safe for them to do so.
Regardless, and for whatever reason, there was no one else on the path. I had no one to talk to, which was fine. I didn’t mind it, but this was just so different from what I experienced in Spain and what I expected. I was safe. I never felt the least bit threatened.
A few hours past the kibbutz, I saw what I recognized as being the Horns of Hattin. I had read about them in my book, and it was identified on the map, so I wasn’t surprised, but it’s one thing to read about it and another to actually see it with your own eyes. Even though I’d seen a picture of it, to actually see it was a special moment.
I read where the Hebrew word for Hattin was “hittin” and that translated into English as wheat. That made sense, because all around me were fields of wheat. The “horns” part of it came from the rock formation I was seeing. It took a little imagination, but I could see where people could say that it looked like two horns of a bull. So that’s where the name came from. What I saw was two great big mounds stuck out of the ground, a good distance from one another.
I also read that in between the two “horns” was an extinct volcano. Several million years ago a volcano had exploded there and that is what created the horns. In between was a large, circular area where the volcano had been. I walked into what had been the crater of the volcano, there being no danger whatsoever, or so I was told.
Still, it was a bit eerie to think what was underneath me. Did it disappear? Or was it still down there … boiling lava?
There were several things about this area that were of interest … things I had never heard of before and probably would never have learned of if I hadn’t come here. First, and perhaps most significantly, this was where a decisive battle between Crusaders and the forces of Islam took place. In 1187, the forces of Saladin met the Crusader army, led by the King of Jerusalem, Guy of Lusignan.
I was probably standing exactly in the area where the battle had been fought. The Christian forces, which numbered nearly thirty-thousand foot soldiers, archers and cavalry, were headed for Tiberias, which had just been captured by Saladin. They didn’t get that far. The Christians needed water for their horses and the only source of water was at the spring located somewhere in the northern horn, so they headed northeast towards it, instead of southeast towards Tiberias.

The Muslims had set a trap. They had a superior number of soldiers, at least ten thousand more, and their plan was to prevent the Christians from getting to the spring and trap them between the troops coming from Tiberias and the ones at the spring. It worked. The Christians and their horses never got to the watering hole.
Also, the Muslims set the fields of wheat on fire, making things that much more difficult for the Christians, who were mostly Franks. I remembered them from Spain and the days of Charlemagne, but this was hundreds of years after him. Then the Muslims attacked on two fronts, one group coming from the northeast and the other from the southeast.
It was a complete victory for Saladin and his army. All of the Christians were either killed or captured. That was on July 4, 1187 … a very bad day for all of Christianity. It was the beginning of the end of the ninety year rule of Christians in the area, and gave back all that had been won in the First Crusade.

Mekhaeil Zacharias, a sixteen year-old Coptic Christian, walks from Nazareth to the Sea of Galilee, and then travels on to Jerusalem, following in the footsteps of Christ, hoping to learn more about Jesus, and himself. This is the fifth and final book in this series, which began after Mekhaeil’s two older brothers and nineteen other Copts were slaughtered by ISIS terrorists in February of 2015 in Sirte, Libya.