We Bleed for Each Other 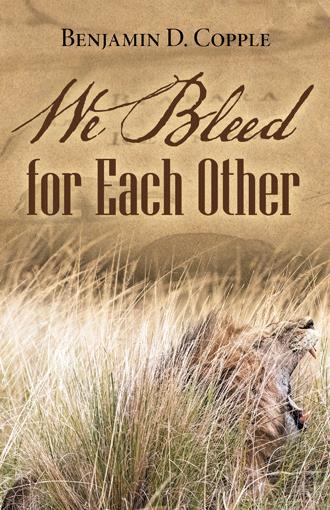 Jenny’s eyes snapped open, and she exploded out of bed, entangling herself in the mosquito netting. She had fallen asleep again without realizing it. But something had awakened her violently. Her tent flap was still open and flapping in the wind, but this time the fire had died. She lay on the floor of her tent, her heart pounding against her ribcage.

Then, she heard it again. The sound started with a loud moan that rushed down into a series of rumbles like a waterfall crashing to rocky depths below. To Jenny’s racing mind, it sounded like a monster clearing its throat. She heard it a third time. The hair on her arms stood on end. She heard it a fourth and then a fifth time. The sixth time was followed by a repeating series of rough coughs, like a panting horse but faster, deeper, and more violent. It was uncanny—familiar, yet unlike any sound she had ever heard before. The village dogs began to voice those half-serious half-nervous yelps dogs use whenever they are frightened. Distant voices called out to one another as the village awakened in confusion. All the while the chilling roar, for that’s what it was, continued to resound. It was an animal, it was big, and it was close.

Jenny pulled her shoes on and scurried out of her tent into the humid night. Blackness surrounded her, but she could see the soft glow of distant torches towards the center of town. She turned her feet towards the torches, tiptoeing through the damp grass. Every shape in the darkness loomed out at her like some malevolent attacker, and every sound made her twitch. She was so nervous that she almost ran into a tall, dark figure standing at the village edge that seemed to spring up at her from out of nowhere. She froze for several seconds until she recognized Clayton Mercury calmly smoking a cigarette.

Without turning towards her he voiced a single word: “Lion.”

“Lion?” Jenny squeaked, not sure if she had heard him right.

He must have nodded, but she couldn’t tell in the dark.

In a world where her peers are too busy monitoring their social media accounts, one young woman decides to be different. In an effort to live beyond herself, she moves away from the comforts of 21st Century America to the wild, untamed jungles of the Central African Republic to work in a small village of refugees fleeing violence. Once there, amongst squalid conditions and back-breaking labor, she must face mercenaries, renegade militia, wild animals, and an old flame who left her behind. But as she cooks meals, tends crops, explores the jungle, and teaches Sunday School, she learns what “true love” truly means. Exciting and beautiful, yet thought-provoking, We Bleed For Each Other is for those readers looking for an adventure story with a heart of gold.

Benjamin Daniel Copple started out as a zoology student but couldn’t decide what he wanted to be, so he switched to writing and earned a master’s degree in English literature instead. Today he works as a full-time minister while writing and traveling around the world to places like South Africa, the United Kingdom, and Israel.