The Lie and the Light 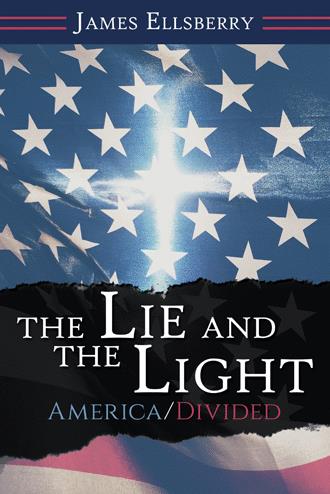 When asked about the direction in which America appears to be headed, roughly two-thirds of us believe we’re headed in the wrong direction. This is old news; opinion polls have reported this disconnect for more than a decade. Getting two-thirds of Americans to agree on anything is rather astonishing. The problem with getting agreement

on this question is that it doesn’t reveal anything about which direction we should be headed. Left, right, up, down, east, west, is there any agreement on what people believe is the proper path? Is it possible to restore a sense of unity and civility that would enable our government to function as our Forefathers intended? Gridlock in Washington has

Politics has long been recognized as a rough game, played primarily by those with big egos, thick skin, and mostly good intentions. Those

brave souls entering the game, lacking those prerequisite qualities, toughen up quickly, or they’re one and done. In the early years of our

nation’s history, those bold enough to serve never dreamed of making a lifetime career of politics. Now it’s commonplace for individuals to

“serve” in Washington, D.C., the entirety of their adult lives. This phenomenon has become a problem!

Compounding that matter is the increasing number of Americans dependent on the elect of Capitol Hill to solve their problems. Too many

have been taught to believe they’re entitled to government handouts, rather than pull themselves up by their bootstraps. Relying on the government to provide for us from the cradle to the grave has become a problem!

America, from its beginning, has been a nation founded on the

principle that everyone has an equal right to protection under the law. Our Forefathers recognized the fallen nature of humans. We are flawed; we can’t be trusted to always do what is right. They acknowledged

that evil exists in the hearts of mankind; therefore, our Constitution was amended to include a Bill of Rights protecting citizens from evil overreach by government.

Unfortunately, we’re seeing that those who are the elect, are unwilling to bring charges against colleagues, who appear to have clearly violated federal law(s), thereby, establishing a double standard under the laws of the land. This inequity has become a problem!

Our Forefathers debated, argued, even resorted to fist fights, over issues they understood were crucial to laying the foundation for a government of The People, for The People, and by The People. Never, in mankind’s history, had self-government been attempted.

How Shall Christians Testify?

We began Part One with the premise that America is divided. In a diverse society, that’s to be expected. Being divided is not a bad thing; it even works to our advantage in the form of competition.

Disagreement challenges our thinking, fuels creativity, encourages problem-solving, and presents an array of options from which to choose.

By and large, most things that divide us are relatively harmless: Yankees or Dodgers, Chardonnay or Merlot, pepperoni or veggie, Eastwood or Spike Lee, Ford or Chevy. These preferences are the basis for good natured rivalries among friends and within families. How dull life would be without them.

At the other end of the continuum are issues related to politics, gun control, civil rights, right to life, race/ethnicity, immigration, freedom of expression, and you can add to the list. These matters are fundamental to maintaining social order. Because they affect all citizens, the manner by which government implements its policies, creates an emotionally charged set of conditions that invariably favor one group over another.

Of the issues that confront America, we have stated the single most divisive is one’s worldview, the mental model that explains how things work in this world.

Do you believe the universe is the result of a random process having no purpose beyond its own existence? Or, do you believe there is evidence that points to a Creator, a supernatural being, that we call God, who has brought all things in to existence and has revealed Himself to us through the Holy Bible and by the physical laws that govern the awesome power and beauty of the universe?

These two views are mutually exclusive. You can’t believe both at the same time. As a Christian, I believe Jesus is real. The Son of

God, he lived among us, taught us how to live; we rejected him and his teaching—too radical. He was subjected to torture, humiliation, and was executed by crucifixion, fulfilling the prophesy that God would send a Messiah who would be sacrificed as atonement for the sins of ALL mankind.

Surely he took up our pain and bore our suffering, yet we considered him punished by God, stricken by him, and afflicted. But he was pierced for our transgressions, he was crushed for our iniquities; the punishment that brought us peace was on him, and by his wounds we are healed. We all, like sheep, have gone astray, each of us has turned to our own way; and the LORD has laid on him the iniquity of us all. (Isaiah 53:4-6)

He punched a ticket for all of us. As color commentator, Bob Cook, used to exclaim when coming on the air for Indiana University basketball, “I’ve got my ticket; have you got yours?!” I’m not making light of his sacrifice; I’m calling to you. If you haven’t responded to Jesus’ invitation to accept him as your personal Lord and Savior, please give it serious consideration. It’s the

most important decision you’ll ever make. Don’t blow it.

The Lie and the Light examines six lies that have misled many to reject the truth claims of God, in favor of the false promises and lies of this world.

Our nation was conceived by people who risked their lives and fortunes to establish Christianity in a new world. They believed the Holy Bible is the source of all truth. The men who authored the Constitution of the United States were Christians and God’s Word is the standard by which all things were measured. Did that make them perfect? Of course not. Corruptible? Hypocritical? No more, or less than we. The point is, they agreed on the direction of the country. The standard they used is incorruptible. We have strayed from that standard and that has become a problem!

To get to the root cause of the bitterness, violence, and unforgiving tone that grips America, we must acknowledge that our growing disbelief, seeing God as irrelevant, gives license to sinful behavior and hateful attitudes. If there are no sacred moral or ethical standards, no consequences enforced for violating the law, then chaos reigns. If all beliefs are equally valid, the law of the jungle will prevail.

He and Doris were married in 1961, raised one son and three daughters, have three grandchildren, and recently became great grandparents. His career as teacher, counselor, coach and administrator included experiences ranging in scope from K-12 in the public schools, to higher education, including years at Butler University and Indiana Wesleyan University, Elder, New Beginnings Community Church, Franklin, IN

Praise God from whom all blessings flow!