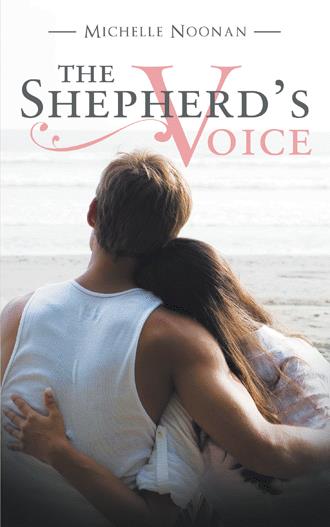 The drive from the airport wasn’t long and Brandon was glad. He liked to be the one driving, but all his cars were at the villa. Oliver had brought the limo to pick him up at the small airport that serviced the millionaires’ private jets, like theirs. He turned his phone off, leaned back, and tried to relax.

There were many nice homes along this stretch, but none nearly as nice as his families. His mouth turned up into a proud smirk. It took another five minutes before he saw the brick home by the road, meaning the villa was next. It could only partially be seen from the road, thanks to the thick vegetation the landscapers had put around at his mother’s insistence. She hated nosy neighbors, she had said, but Brandon didn’t really care one way or the other.

The drive was short, but meandering. The landscaping really was beautiful and lush. It had always reminded him of stepping onto a tropical island, secluded from the rest of the world, if he so wanted. And right now, that is what he wanted, though there would be certain distractions from a few of the staff members, he thought with a smile. There had been a redhead in particular last time that had encouraged his flirtation along with Cammie. What was her name? He shook his head to clear his thoughts. No matter.

He stepped out of the limo when Oliver opened his door and looked up at the terra cotta colored home that towered above him, and smiled again. He strode up the couple steps and opened the front door, leaving Oliver to worry with his luggage. He walked into the marble foyer and then glanced around. The den was directly in front of him, the balcony above that. A little sitting area was also visible above. He could see one of the housekeepers working there. She didn’t look familiar, but not a bad looking blonde.

He strode up the stairs and smiled at her as he passed. She blushed furiously and he chuckled to himself and headed to his room. He saw the door was open, telling him that someone was still in there working. He stepped in and stilled as he looked at the profile of the beauty dusting his dresser. Her eyes seemed to be looking at his picture, and what beautiful eyes they were. Even at this distance he could see that they were a bright blue green. All of her was quite breathtaking actually. He ran his eyes down her perfectly slender body, and the dark brown mass of curls that hung down her back and wisped about her softly as she worked.

She had to be staring at his picture, he decided, but who didn’t when they came into his room? He smirked to himself, and decided to joke around with her, since he’d caught her staring. “That’s a bad picture of me,” he stated with a smile playing at the corner of his lips.

She started slightly, but after the first second or so passed with no apparent response, he was about to say more when she turned her bright eyes on him. She looked up at him for a second, with hardly any emotion, just like he’d seen Oliver do when greeting someone of little importance. Her eyes ran over every inch of his face a moment then she turned back to his picture, as if studying it. He watched her with furrowed brows, not sure what to make of her.

His eyes wandered over her while she was turned from him. She had a perfect straight nose, full lips, and she was built like a model, tall and slender. She had dark hair, but he noticed a hint of auburn in the layers that swished around her from the quick turn.

She looked back at him again and frowned with her eyes at his perusal, and he dragged his eyes back to her face. “Yes,” she stated matter-of-factly, “it makes your nose look big.” His eyes widened. Then she turned and breezed past him. When she got to the door, she said over her shoulder, “Your room is clean now,” and then she was gone.

Brandon was stunned. No girl had ever reacted that way to him. Was she really that stoic about his good looks or was she just strange? She’d almost seemed disgusted, but that couldn’t be right. His nose was big in the picture? He’d never noticed that before! He walked over to examine his picture and frowned. Who was that girl?

Nothing ever goes as planned.

When nineteen-year-old Mandy Shepherd’s perfect plan is sidelined, she doesn’t expect to run into the kind of trouble that Brandon Taylor creates. The plan was to take time off to work as a housekeeper so that she could make money for college. It wasn’t to meet someone like him. Brandon is the owner’s arrogant son, and everything about him goes against her Christian values. So why does her interest in him seem to extend way beyond the desire to witness?

Everything about Mandy makes Brandon desire her, but she keeps telling him no. New to rejection, Brandon thinks that she must be playing some kind of game. But time and again, she holds to her conviction, and Brandon begins to wonder what he is missing and what it is about Mandy that makes him feel like she holds the key to filling the strange emptiness he’s felt but pushed down for so long?

As these two fight desire and conviction, can they learn to listen to each other and to the voice that is calling to them both? And what will they do when others try to tear them apart?

Born and raised in Florida, Michelle Noonan has always had a love for romance. She graduated with a degree in education from Southern Adventist University which is where she met and married her husband, Scotland. They have been married 17 years. They moved to several other states in the southeast while she taught where ever God led. Currently she has been called to be a teacher at a small Christian school in Washington State, which she loves. She also loves writing and is always working on a story or two, as well as writing in her journals.