Did the Disciples Get It Right? 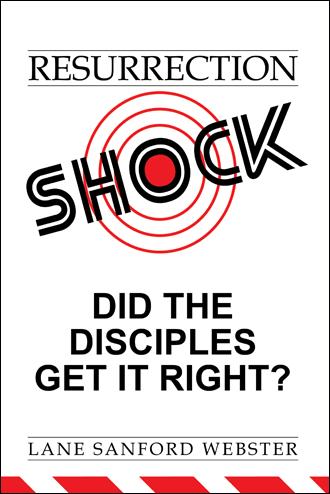 The boldest among the disciples, Peter, the leader, the one who vowed loudly he would go to his death with Jesus, flees instead from the courtyard of the high priest’s palace on the night of Jesus’ arrest. Fearing capture, and worried about facing the same fate as Jesus, he denies his association with Jesus three times in a row. A rooster crows. Peter remembers Jesus telling him ahead of time about his denials, and Peter is reduced to tears. He is a crushed, ashamed and broken man. By all accounts he never shows up at the site of the cross. He is not around to help with the burial arrangements. He is in hiding.

It was not that long ago since his brother Andrew had brought Peter to Jesus (Jn 1:4). Not that long ago that Jesus had such earnest crowds pressing around him on the shore of the Sea of Galilee that he had climbed into Peter’s fishing boat and asked him to put out into the water a little so he could teach the people (Lk 5:3). Later, as if to pay him for the boat rental, Jesus had told him where to fish, in deeper water. Soon his nets, along with those of his business partners James and John, were bulging with the catch.

Jesus would call another nine disciples to join his campaign, but these three commercial fishermen would form his inner circle. He would base his ministry in the lakeside town where they lived, Capernaum. They would be the ones he would take into private homes for healings (Mk 5:37). They were the ones he took on a hike up a high mountain in northern Israel to reveal his power (Mk 9:2, see Chapter 3). They were the ones he called to his side in the Garden of Gethsemane, as he broke down in prayer and tears.

Peter had shared all these moments as one of the three closest to Jesus. Yet he also was the leader of the twelve disciples. This was probably due to the fact that he was a man of action, as well as a man of quick expression. When Jesus asked all the disciples, “Who do people say I am?”, it was Peter who spoke up triumphantly, “You are the Messiah” (Mk 8:27-30). Then when Jesus immediately warned them he would suffer, it was Peter who took him aside. “Never, Lord!” he said. “This shall never happen to you!” -- only to trigger a stern rebuke from Jesus in return (Mt 16:22-23). When a hard saying of Jesus about eating his flesh and drinking his blood turned many in the crowd away, Jesus asked his disciples if they would leave too. Peter was at his best, answering, “Lord, to whom shall we go? You have the words of eternal life” (Jn 6:68). Later, when Peter refused to let Jesus wash his feet, Jesus told him, “Unless I wash you, you have no part with me.” Aghast, Peter walked it back, saying, “Then Lord not just my feet but my hands and my head as well!” (Jn 13:8-9). When temple guards came to the garden that night to arrest Jesus, Peter was right by his side. He alone drew a sword, injuring the servant of the high priest (Jn 18:10).

After all this contact with Jesus, for Peter to say that he has not been with him, that he does not know him, amounts to a grievous betrayal. There is one bitter irony. Simon was his given name, but Jesus had made a point of renaming him, signaling his destiny. His new name “Peter” meant “Rock”(with other common variations being Pierre, Pedro, Petros, Pietro, Pyotr). It meant someone Jesus could count on, someone upon whom he could build his movement.

A rock? Now, after his denials, he had to feel less like a rock and more like dust in the wind. The Jesus movement had come to a sudden halt. He had betrayed his teacher and friend in the cold, hard, stone courtyard of the high priest.

Peter’s story might have ended right there. He might have returned to his house in Galilee, disappointed in Jesus, disillusioned with himself. So much for what Jesus said about becoming a fisher of people (Mk 1:17, Mt 4:19-20, Lk 5:10-11). He would just fish for fish the rest of his life. But let us press the fast-forward button. Let us go to an event less than two months later . . . 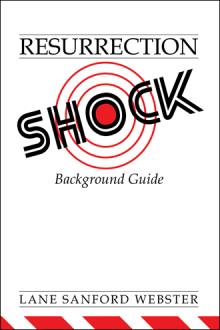 Whether or not they follow him, most people who know of Jesus believe he was a highly ethical person and profound teacher who challenged the powers that be and died an unjust death. But was that all? Did his life end with his death like every other normal human being? Or as the first-century documents called the gospels assert, was Jesus raised physically from the dead? Did he come back to life to walk and talk and eat and show his scars? Did his disciples get it right? Is death not the end of the road?

This book presents key lines of historical evidence for the resurrection of Jesus. At its heart, it is the story of the resurrection witnesses. Witness reports, their backstories, and accounts of the way they lived their lives going forward allow the reader to evaluate their character and credibility. Remarkable archaeological discoveries and secular historical figures enter the picture when they cross paths with the witnesses. The resurrection of Jesus is controversial, so alternative theories that deny it ever happened get evaluated as well. Reading this book puts you on a journey to understand what really happened in the earthly life of Jesus, which just may be the most important journey anyone can take.

Lane Sanford Webster is a theological thinker and commentator. He studied history at Stanford University in northern California and biblical theology at Regent College in Vancouver, British Columbia, Canada. He has worked in pastoral ministry, in an independent research consultancy, and in multinational corporate business in the United States and in Europe. Having raised three dynamic children, he and his wife Brooke, a counselor and life coach, reside amid the forest, ocean and barista ecosystems of the Pacific Northwest.