My Journey from Laos to Fishhook 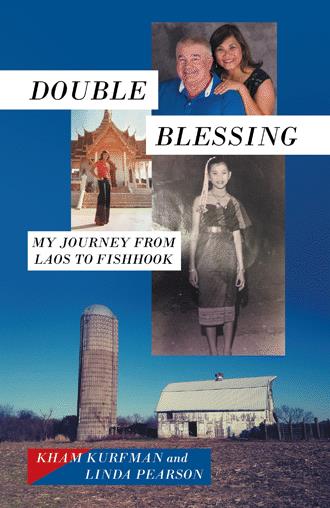 Something was going on. I heard people outside—lots of people. Looking out our open windows, I saw movement of unorganized and chaotic crowds. Stepping out into the street, I realized they were my classmates and their families. Sobs and cries filled the dusty streets of Khongsedone, drawing me out among them. Where were they going? We had just graduated, finishing the tenth and final grade of high school a few weeks earlier; yet, here they were, heartbroken, headed to the designated gathering point—the school.

Horrified, I watched as armed Communist soldiers herded my friends into the back of an open dump truck—no seats, no cover, loaded like cattle. Families were given no clues about their children’s destination. The truck rumbled off, distraught faces looking longingly back at their loved ones. Disconsolate townspeople worked their way back to their homes, already grieving their losses.

How did I escape this? I was the only one left behind. Then it occurred to me that I was the youngest one in the class, not yet sixteen years old. That had to have been why my family was not notified to send me to the school to be hauled away.

Suddenly, nothing was the same for me. The murmurings and rumors of the past year were now a clear and actual threat. We all knew the stories, and we even witnessed one gruesome event with our own eyes: Amahit. He escaped Laos but then returned as a rebel fighter. However, the Communist soldiers caught and made an example of him. There was no trial. Communist rule assumed the accused was guilty. To make an example of him, he was first forced to dig his own grave and was then paraded through town on a wagon drawn by a water buffalo and beaten until he passed out. Speakers throughout the village blared with the announcement that this is what happened when people caused trouble for the Communist government. He was dumped unmercifully in his grave and then buried while still alive. Later, when she was in graduate class, my sister, Nang, would write a paper describing this horrific memory of Amahit.

I knew I had to get out of Laos before I turned sixteen in October. My entire family’s lives depended on my getting out; I knew they would never leave me behind here in Laos if the Communists took me. It was time for a plan.

Double Blessing is Kham’s story of her family’s life in Laos—the extreme measures she and her family took to survive the growing threats of war in their homeland, the risky decision to flee to a Thailand refugee camp, and finally her journey to her new home in America and the new life she found there.

Kham Sonethongkham Kurfman was born in Laos and immigrated to the United States in 1979. Kham lives with her husband, Carl, on the family farm near Fishhook in Pike County, Illinois.

Linda Pearson taught English, reading, and language arts for 34 years before retiring in 2016. She and her husband Rusty live in rural Pike County, Illinois.